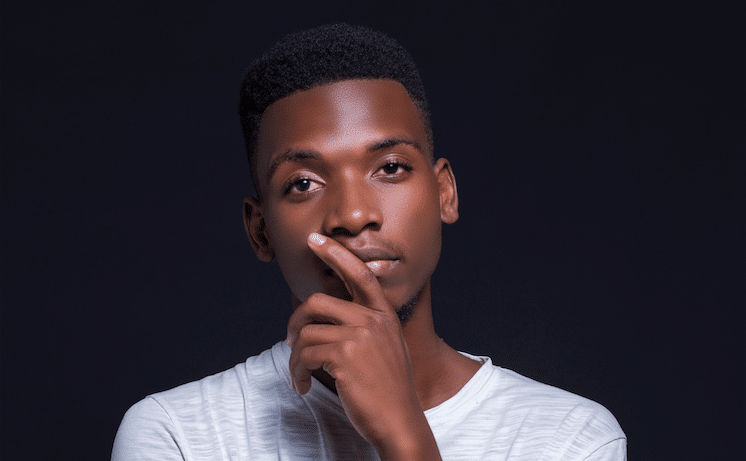 SkyWhite is a brand new talent from Mozambique, from which he brings his Zona Quente EP.

At the tender age of 20, SkyWhite has been snapped up by Afrocentric Records for this powerful debut release. A brand new talent to the music scene, SkyWhite’s journey into music began when he learned to play the piano at 10 years old. He was turned on to house music at just 16 after attending Black Coffee’s (Ballantine’s Human Orchestra) performance in 2014 and promptly learned to DJ. He honed his craft playing at local parties and events, before producing a selection of his own tracks that were promptly signed by one of the hottest Afro House labels of the moment, Afrocentric.

We grab a chat to find out more about this talented wunderkind.

Hi SkyWhite, it’s a pleasure to chat with you today, how’s your 2018 been so far and what have been your highlights?

My 2018 has been wonderful, a super special year with the innovation of new ideas, summing up a whole year of many battles. I feel my production skills have excelled and I learnt a few new musical instruments in my free time. Overall this year I have enjoyed music the most out of any year, since I have been involved in the business.

What music did you listen to growing up and who are your biggest musical inspirations?

Being only 20 years old my childhood is not so long ago, I grew up listening to Marrabenta which is fusion of European and African music played on homemade instruments, but once i reach 10 years old I always listened to Afro house, because it was a rhythm that covered all layers of sound. So I got more a lot more out the music made by artists such as Black Coffee.

Who or what first turned you on to making dance music?

Well, what drove me to dance music was the influence of friends who appreciated my way of djing and my ideas and input of how their productions should sound. I started putting my ideas down and it started from there, obviously the music sounded flawed to begin with, but I didn’t give in and continued forward because my biggest dream is to become a great DJ and producer.

You’re making your debut on Afrocentric Records with Zona Quente EP, please tell us a little about the release.

‘Zona Quente’ (Hot Zone), was me trying to imagine how Afro House would sound in a festival setting where thousands of people from all across the world are present and want to hear something a little tougher than the typical organic afro sound, but keeping the elements which make Afro House so unique. ‘Boogie Dance’ was born out of me playing around with some synth sounds and just getting down. That’s why I name it Boogie Dance as I just got into the groove and danced in the studio whilst making it. I heard the vocal sample used in ‘Elimination +’ way before I made the track and it had me thinking what type of track could I create that would make ‘everybody jump to the beat’, as the vocal sample instructs. I built the whole track around the sample and the synth melody – it certainly does the trick as when I play it out, the crowd definitely jump to the beat.’ ‘Bakossi Tribe’ is a joint collaboration between myself and Nero, using our different styles to create a powerful musical union.

You also collaborated with Nero Adore on Bakossi Tribe what’s your relationship with him and will you be working on more tracks together?

With Nero having an EP out of Afrocentric already, Cory Centric (Afrocentric Records boss) introduced us and we hit it off straight away. ‘Basoki Tribe’ will be the first of what I hope is the first of many collaborations between us.

I would love to work with Enoo Napa as I think his sound is so unique.

What’s been your DJ favourite gig this year and where are you most looking forward to playing before the end of the year?

My favourite show this year was on the Mbuva. As for the end of year gig I’m waiting for my invite to the monthly Afrocentric party in Dubai (hint hint)

What’s your preferred piece of studio kit and what instrument epitomises your sound?

It may sound boring but my best piece of studio kit for me is a good monitor, I’ve heard so many tracks not reach their full potential because of bad monitors.

The instrument that epitomises my sound is the piano, I never make a track without it.

What have been your biggest challenges in breaking through on the South African scene and what advice would you give to others pushing through?

My biggest challenge in breaking the South African scene was by getting my music to the right people and also to find the right SA producers to collaborate with. The advice I would give others to continue to work to bring quality music and to be firm in what they do and it’s also good to understand self-promotion through social media and use it to spread their works on the internet.

Who are your current favourite producers on the Afro House scene?

For me the following producers who are defining the Afro sound are Enoo Napa, Kusussa, Argento Dust, Vanco, Xtetiqsoul, Da Capo and Themba.

It’s one of my early tracks which has also been signed to Afrocentric Records called ‘Urban Piano’. It was the track that first got me noticed on the SA scene and a track I will always hold dear.

What are your Top 5 weapons that always smash the dance-floor?

What’s coming up next for you?

Hopefully some recognition and support from the house music fraternity for this current release. I have 2 more EPs signed to Afrocentric for release in 2019 and there’s an album in the pipeline that I’ve had finished for a while.

SkyWhite’s Zona Quente EP is out now on Afrocentric Records