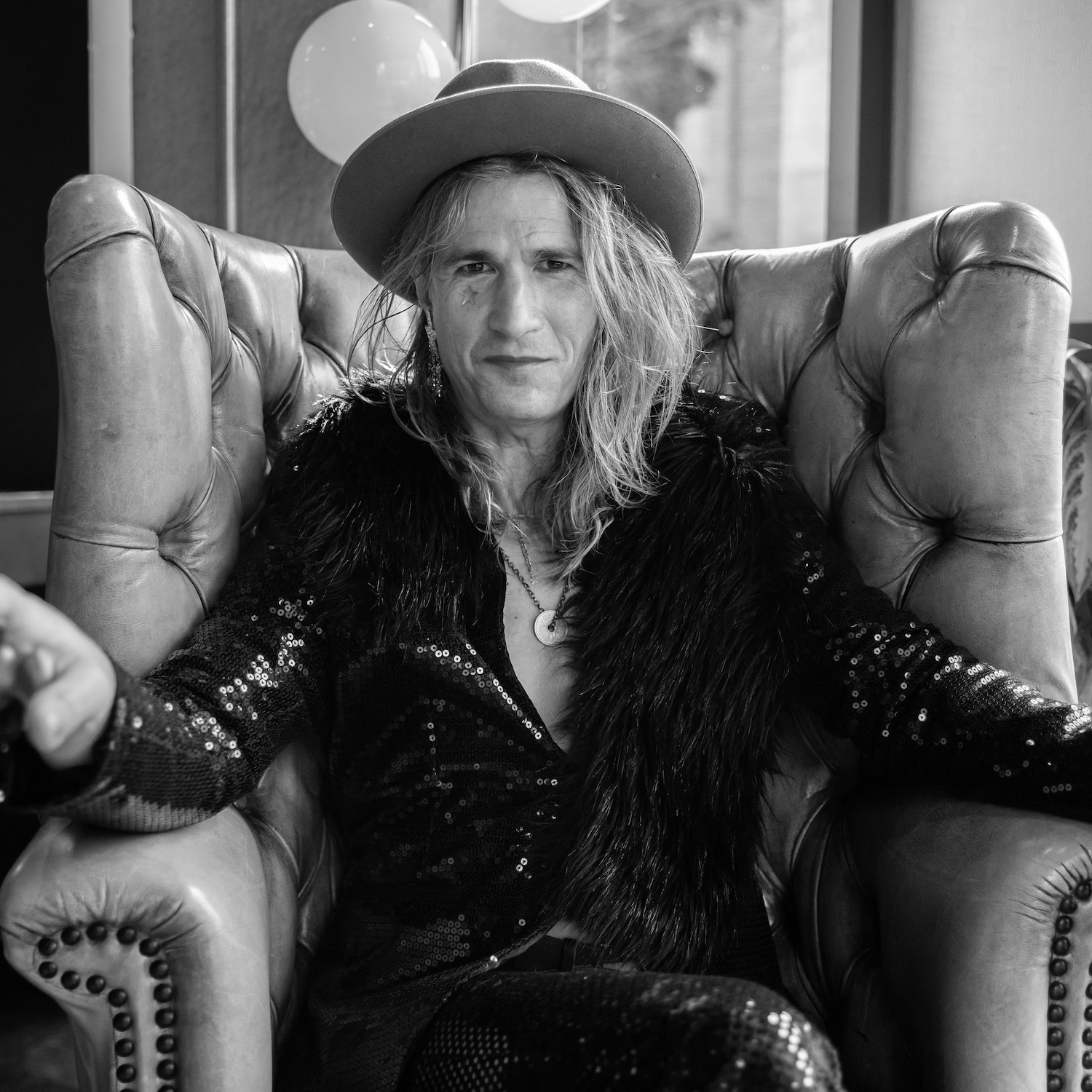 Skydoll is an electronic music project from Minneapolis, who have been seducing us with their Disco vibes since their debut release in 2016, ‘Feel You’, with Timotha Lanae.

Back with a positive message for the world by way of their new soulful jam, ‘It’s Gonna Be Alright’, featuring Jearlyn Steele, 6AM digs deeper with Skydoll’s main man, Paul Ryan

Hi Skydoll, it’s a real pleasure to chat with you today, how are you?

Hello 6AM, we are really happy to have the opportunity to chat with you. We are doing well. Thank you for reaching out to us!

What’s the story behind your artist name Skydoll?

Skydoll is our muse – a cosmic goddess of love and hedonism representing a utopian time and space. A space where all people, from all walks of life can come together and boogie on the dance floor.

How would you describe the Skydoll sound?

Our sound is heavily influenced by Soul, Disco, New Wave and Funk. We hail from Minneapolis and much of our style is reflected in the sounds of our city. The Minneapolis Sound made famous by Prince and Flyte Tyme Productions certainly left its mark on us.

Who is involved in the project?

Well, I’m kind of the principal member of the project, working alongside regular cohort Stuart MacGregor Teigen and other brilliant collaborators including Jearlyn Steele (Prince, Mavis Staples), Timotha Lanae and St. Paul Peterson (The Time, Fdeluxe), among others.

I grew up listening to the Rolling Stones, Prince, Rick James, Alexander O’Neal, Marvin Gaye, Chic, Donna Summer, Earth, Wind and Fire, New Order, Human League, The Pet Shop Boys and The Suburbs. When I look back at the names I just mentioned, it is obvious to me that they all have an influence in the music I write today. The Rock and Roll heart of the Rolling Stones, the funkiness of Prince, the Soul of Motown, the Disco beat of Nile Rodgers and the electronic buzz of Giorgio Moroder. It’s all in there!

Who or what first turned you on to writing music?

I had just purchased my very first recording device, a Tascam 4 track cassette recorder. I grew up with a guitar player and wanted to record layered guitar parts and hear what they sounded like blended together. I started scratching out some rough ideas that turned into snippets of Rock songs. My radio station in those days was KMOJ “The People’s Station,” in Minneapolis and The Time had just released “Sometimes I Get Lonely” which I heard for the very first time on KMOJ. It stopped me dead in my tracks and I fully took in this beautifully crafted song, which stirred something inside me. I remember saying to myself, “I want to write songs. I want to write songs like this!” The pinnacle of writing would be to pen a beautiful R&B song like this one. I really didn’t believe I could pull that off, but if I ever did, I would have accomplished something of my wildest dreams.

You have just released your wonderful new single, ‘It’s Gonna Be Alright’, please tell us about the release and what we can expect to hear?

This song came together at the height of a Summer of civil unrest in our hometown. George Floyd had just been killled by police not far from our recording studio, Creation Studios. Minneapolis exploded into chaos and it was awful. As if the pandemic wasn’t enough, now our city was literally burning to the ground. I had the start of a song I had been writing over the course of the Spring and the events of the Summer inspired its completion as a direct response to the anguish we were experiencing. I felt strongly that the message behind the song needed to be heard. I called Paul “St. Paul” Peterson (The Time, The Family) to see if we could get into the studio to polish it up. Paul was all over it and we immediately got to work. You can expect to hear a powerful vocal performance with a message of hope and togetherness set to a soulful funky groove of discoey deliciousness.

The single features Jearlyn Steele on vocals, who has worked with Prince and Mavis Staples, among others. How did you link up with her and will you be working together again in the future?

Once the song started gelling in the studio, myself and St. Paul knew instantly who we wanted to sing it. St. Paul and Jearlyn knew each other from the Prince world and had worked together on various projects over the years. Myself and Jearlyn had only briefly met on a flight, but had never worked together. We reached out to her and she loved the song and enthusiastically agreed to lend her powerful voice to it. We had a blast recording her vocals. It was a cathartic experience for all three of us to be able to come together during such a challenging time and collaborate on a meaningful project. Skydoll and Jearlyn are for sure going to work together on something fun in the future.

The release also features remixes from Chuck Love and Richard Earnshaw, what did they bring to the table?

Chuck Love is somebody we have wanted to work with for a while now, he has worked with both St. Paul and Jearlyn on some great projects in the past and we knew he would come up with something special. Chuck jumped at the opportunity to work with St. Paul and Jearlyn again and he crafted a funky piano driven gem of a remix. We are huge fans of Richard Earnshaw. Who isn’t? The UK chart topper is a monster producer and we couldn’t be more honored that he lent his talents with an epic remix of our single that is groovy, smooth as silk and just pure class.

Please tell us a little about your writing process and what inspires your music?

My writing process often starts with me sitting at my Fender Rhodes in the middle of the night while suffering from jetlag. I’ll play around with chords and melodies and just have fun listening to the sounds coming out. A lot of song ideas get hatched in these late night sessions. Other times, I’ll just be minding my own business, tending to my daily routines and a song will pop into my head as complete as if I were hearing it coming out of a radio. This inevitably starts a process of paranoid questioning, is this a song of my own creation or is this someone else’s song I am regurgitating? Once I am sure it originated in my own skull, I get to work pulling each element out of my head so that I am actually hearing the same song come out of my studio monitors that moments earlier was only playing in my head.

What’s been your biggest learning curve so far?

I first learned how to record in analogue studios, so there has definitely been a huge learning curve switching over to digital music production software. The reward has been immense though. I am able to produce far more complex compositions than I ever dreamed possible working in the 16 track analogue studios I used to record in.

What’s your favourite piece of studio kit and why?

My absolute favorite piece of gear is my 1975 Fender Rhodes electric piano. It is the instrument I write most of my songs on. The sound is classic and synonymous with soul and disco which are the genres that most inspire me creatively.

With most of the dance-floors around the globe closed due to the pandemic, has it affected your approach to producing your music at all?

We are laser-focused on the dance floors of the World! No pandemic. No civil unrest. Nothing can silence the dancefloors of the World forever. They are going to come roaring back. And when they do, we hope that our music will be pumping out of those massive discotheque speakers!

Have you any plans to make an album?

There are some long term ideas for a full album and it would be great fun putting one together. In the meantime, we are focused on singles and enjoying the process of working with some of our favorite producers on remixes.

Sandy Turnbull and Opolopo, (both of whom lent remixes to our debut single, ‘Feel You)’, Sebb Junior, DJ Spen and Richard Earnshaw of course.

We are hatching plans with Timotha Lanae, who we worked with on our releases, “Feel You” and “Lost In Right Now (Time)” to bounce some musical ideas around. Also, planning to get back into the studio with St. Paul once the Holidays are over and we hopefully emerge from an imposed coronavirus lockdown. Stay tuned!