You are here: Home / Digging Deeper with Shay De Castro 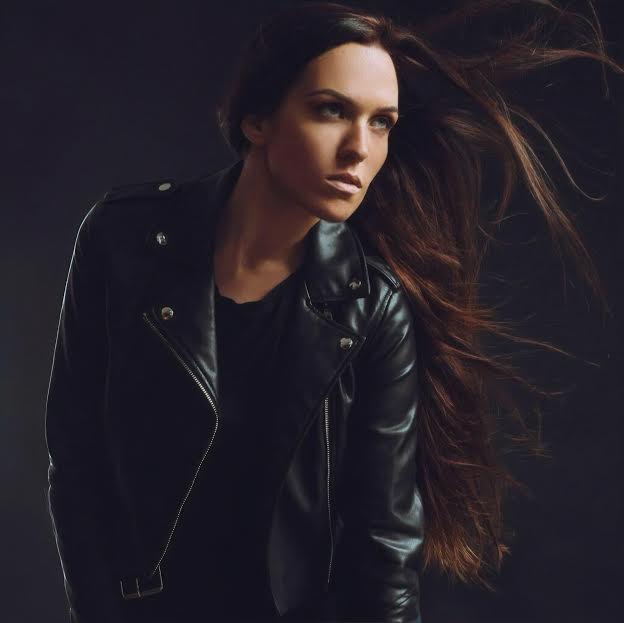 Despite being somewhat a newcomer on the production side, U.S. DJ/ artist Shay De Castro has been impressing big names in the industry with her unique sound.

As she releases her first collaboration with Frequenza label boss Nihil Young “Dichotomy”, 6AM digs deeper to find out more about the talented young lady…

Hi Shay, it’s a pleasure to chat with you today, how is your summer going?

Hi there, it’s a pleasure to speak with you, too. It’s going great, though I’ve forgotten it was even summer! Sometimes the months just start meshing together. I’ve been having some wonderful musical and self realizations recently, and really focusing on bettering myself in every way.

It’s really a boring story, so buckle in. I had been living in the bustling cosmopolitan city of Boise, Idaho when I was 12 years old and was the only person I knew who liked electronic music. At the time, I was obsessed with trance and spent all my spare time on the Trance Podium forums. It was there where I started learning about producing with Fruity Loops and the basics of DJing and someone recommended me to buy “How to DJ Right: The Art & Science of Playing Records”. Even though I had no setup yet, I read it cover to cover. When I was maybe 14, I’d reached out to the only local DJ I’d heard of on MySpace and asked if he would teach me and he said yes.

With production, I had already been playing instruments my entire life but had zero clue about reading music or the more technical aspects of it. It wasn’t until I had a roommate in Seattle who was a hip-hop artist and had an entire studio in our house that I really broke through and started learning. I would do vocals for him and he would show me how to make beats. Later on I got a copy of Ableton from a friend along with a few VSTs and spent countless hours making aural train wrecks!

Who are your musical heroes? How would you describe your sound?

Kurt Cobain, Bloc Party, John Digweed, Red Hot Chili Peppers, Cosmic Gate, Metallica, Klangkuenstler, Sven Vath. I try not to define it too much, because then I think I’m going to put mental limits on myself. I’d say bassline-driven, deep, booming, and dark.

Which of your own productions are you most proud of and why?

I’d say the most recent EP I’ve finished (unreleased), because I purposefully let myself “color outside the lines” a bit more.

Congrats on your new single ‘Dichotomy’ with Nihil Young, what can you tell us about the release?

Thank you! ‘Dichotomy’ is an authoritative, dynamic release which I feel meshes a tribal, ethereal vision with a stripped-down Berlin warehouse. The repetition of words lends an almost hypnotic quality to the track, inciting a natural meditative state that will get any dancefloor moving in unison.

You’re based in the US and Nihil is based in Italy, how did you go about putting the single together?

Well, initially we would take turns sailing our ships back and forth to each others’ countries all while trying to avoid scurvy and pirates. Aside from that, I think we’re both very simple and straightforward people so it was all a quick process. I think last year sometime, Nihil had asked me about recording some vocals which ended up being: Colorless, Odorless, Tasteless, Magic. Then a few months later he had sent me a couple really solid ideas he had been working on based around them and it was all downhill from there.

There are also remixes from Gary Beck, Devid Dega and Forest People, what did they bring to the table?

Oh wow, they’re all such unique and talented artists that my heart races just thinking about it. I think the release is a perfectly comprehensive guide to the state of techno today and the broad spectrum it covers. You have Gary Beck, who is a legend that needs no introduction. His remix features a more analog, mechanical sound that creates tension and allure with an almost apocalyptic mood. I’ve been a fan of Devid due to his forward-thinking vision, whirling synths, and monster-like elements which is what we see here. Forest People also did an incredible job, completely recooking the original into a cold, raw, in-your-face composition.

You released your debut, ‘Throb’ on Nihil’s Frequenza label last year, how did you guys meet and will you be working together again in the future?

I had just sent ‘Throb’ as a demo because I always respected what I see as his vision of signing real talent. It’s not a requirement for his artists to be globally recognized, but it is necessary for them to have something different. That being said, I was honored to have him accept. Nihil is one of those people who just thoroughly understands music – no matter the genre, and aside from that is just a pleasant person. I definitely plan on working together in the future.

Recently I’ve just been working with Ableton, my Push 2, and a Korg Minilogue. However, I’m about to add in a Roland TR8 and start working on my live sets for next year. The Minilogue is my current favorite, due to how it shortens the distance from soul to DAW, aside from being so powerful. For me, it’s the perfect way to transfer my ideas to a tangible project.

What’s been your favourite gig to date and where would you most like to play in the future?

That’s a hard one, but literally every time I play in Aguascalientes, Mexico, I’m overwhelmed by the passion and incredible energy the people there give off. Playing at Warehouse 31 in LA is also a lot of fun. In the future, I’d love to play Rex Club, Printworks, Pacha, Awakenings, Watergate, the list is endless.

What do you do to chill out?

As I start writing this, I realize all must do is chill out. Go to the beach, go work in a cool little café, if I’m in LA, find a good craft brewery. I wish I could say “go see other artists play”, but that’s anything but chill for me. I find myself in the corner looking like the statue of David wondering how they came up with a certain sound.

I have a South America tour coming up that I’m really excited about as it will be my first time down there. I just signed a new EP which is a bit harder than what I’ve done before, and which I see as a gateway to my “future sound”.

Where do you see your sound heading in the future?

My first love has always been trance, and for some reason that often seems like a dirty word in the scene. I definitely see my sound heading more towards trance in the future, though I don’t think I could ever leave techno. I’m nowhere near where I want to be; I want full on orchestral compositions one day. My goal is not to impress others, but to impress myself, and I can’t quite say I’m there yet.

“Dichotomy” is out on Frequenza Records and available HERE