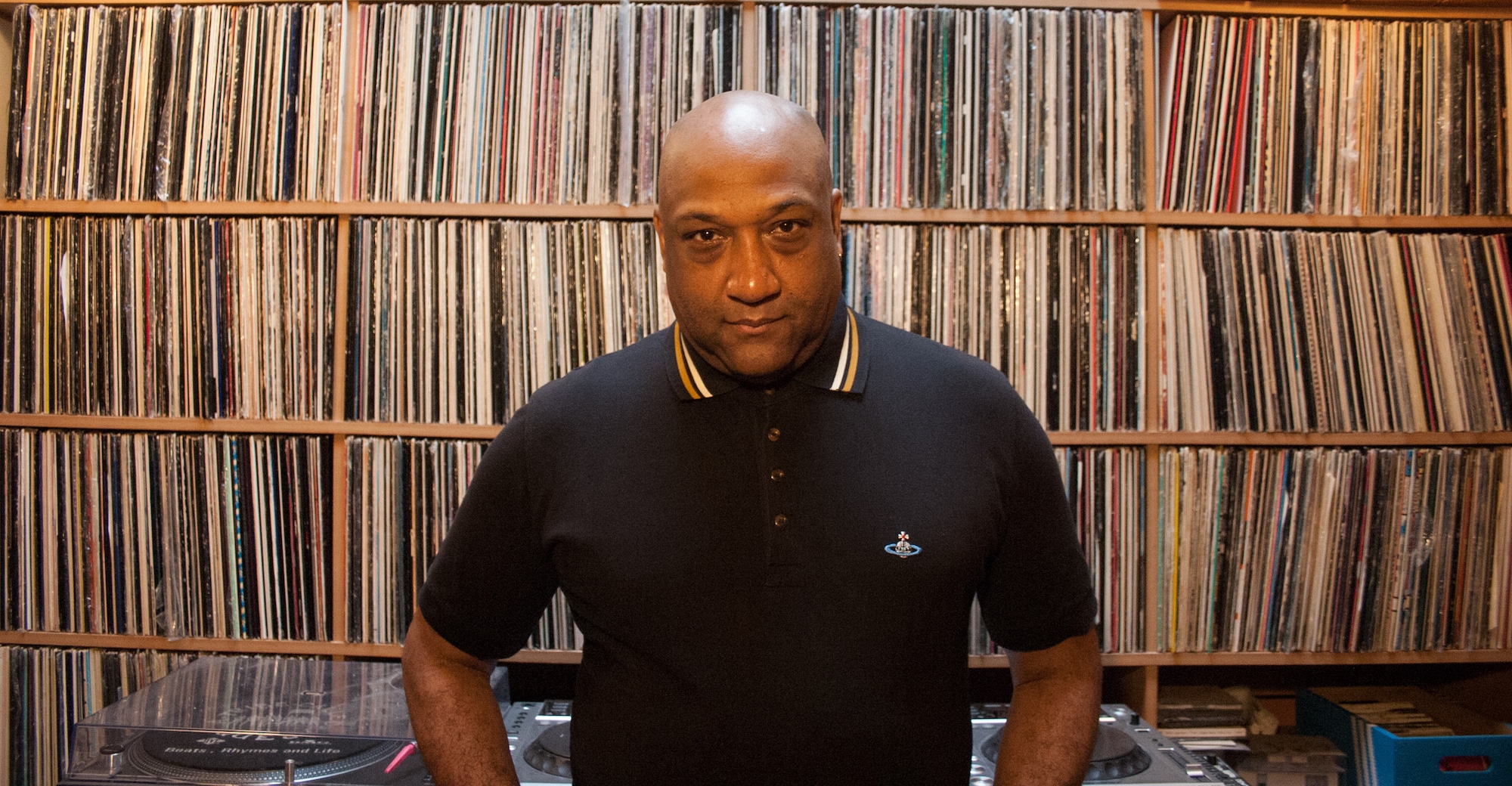 UK DJ Ronnie Herel is a true ambassador of Urban Music having had over a decade at the BBC with radio shows on BBC Radio 1Xtra, and now in charge of the playlist at Mi-Soul Radio.

Also known to dabble in production, he’s got a brilliant new single out with Dannis Winston on Quantize, so 6AM grabbed the opportunity to dig deeper and find out more about Ronnie’s longstanding career in music and prize some insightful pearls of wisdom out of him too!

Hi Ronnie, it’s a real pleasure to chat with you today, how are you?

I’m good thanks and really excited speaking with you today and thrilled to be getting the record out there. Thanks for your support.

Who or what first turned you on to DJing and producing music?

I started working in a cool little local bar at the age of 14 where there were a couple of great local DJs there, but after seeing legendary soul DJ Froggy spin back in the 80s, I knew I had to DJ for life! Production just became part of it from the 1988 summer of love scene. Paul Trouble Anderson was also a big DJ inspiration to me.

Musically, Earth, Wind & Fire, Stevie Wonder, Maze, Bill Withers, The Sound of Philadelphia i.e. Teddy Pendergrass, The O’jays, Dexter Wansel are the kinds of artists that I listened to growing up and I still do. They have all influenced me in some part.

I did a pilot radio show for BBC 1xtra (Network X) was the working title before launch. I became the first DJ signed for the brand-new station at the time. (Aug 2002)

I wanted to become a radio Presenter / Broadcaster because I’d spent nearly 10 years building up my club DJ status with 2 long term London residencies on a Friday and Saturday nights and I felt it was naturally the next step to reach a wider audience and illustrate my love of breaking new music.

You have certainly met and interviewed some big guests over time, including Beyonce, Mary J Blige, Mariah Carey, Dizzee Rascal and Stevie Wonder, among many. Who have been you highlights?

Every single name you mentioned have been a highlight because when you interview these talented people you get a feeling of excitement every time, but my Stevie Wonder interview after his sound check at the BBC Maida Vale studios in London was VERY special. He’d just finished an amazing sound check (A Stevie sound check is no ordinary sound check!) for a special one-off intimate show later that evening. I was invited backstage where he had a keyboard and a microphone set up. After doing my radio intro, I took my chance and asked Stevie to do a few bars from my favourite record ever ‘As’. He literally done the opening bars of the song right there and then, which I still have the audio on a much-treasured recording. I think it took me the entire interview to recover from the fact that Stevie just sang ‘As’ right in front of me sitting at a small table. Surreal.

What precious advice can you share to those who are looking to start a career in radio?

Get into radio ONLY if you love and respect music. Not just because you want to become famous. That’s a total disrespect to the artist and the music. Once you’ve made the decision do be involved in radio in whatever capacity, embrace it, love it and hopefully you will see the rewards.

You’re still on the airwaves and now head of music at Mi-Soul Radio, how’s that all going?

It’s going great. I’ve been in this position since 2012 and it’s my perfect job. I love it.

So aside of a busy radio and DJ schedule you also produce music from time to time and have just released your brilliant new single ’Another Way’ with Dannis Winston. Please tell us a little about the release and how it sounds?

Firstly, thanks for your kind words about the record. The track just unfolded naturally after our initial writing session, but during lockdown, I had a chance to really dissect Dannis’ vocal and build the track around the mood of the song lyrics and his delivery. Dannis bares his soul on the song and I wanted to complement that with warm strings, which I always feel brings out the emotion in a heartfelt song, a rumbling bass as well as something hooky on the fringe that you could attach yourself to while immersing yourself in the track. I love old school house and I wanted it to have that vintage longevity. I hope I’ve achieved that.

How did you and Dannis get together and will you be working together again in the future?

The short story is…I have known Dannis’ manager for a long time and she made the connection. He flew to the UK for a writing session with myself and Brian Power late 2018 and the demo version was born but stayed within my computer hardrive all that time. Then during lockdown and after recovering from Covid 19 myself, I decided I wanted to complete some of my projects and this was the first one I revisited and completed. I hope we can collaborate again in the future, but that all depends on our schedules. We are both really busy with other projects, but I’m open to the idea.

You also have remixes from DJ Spen and Reelsoul on the single, what did they bring to the table?

DJ Spen is a pioneer and a legend in the game and he totally understood where I was coming from with this track, so with his and Reelsoul’s mix, they’ve totally taken it into that realm of classic traditional house music. The bump mix is exactly what it says it is…It bumps!!

Who would you like to work with in future?

I have a huge wish list, but as long as I’m working with like-minded people who are willing to enjoy the journey, I’m cool with that.

What has been your biggest triumph in your career?

Staying at number 8 in the UK National Top 40 charts for three straight consecutive weeks with my debut single Quartz – It’s Too Late feat. Dina Carroll and doing Top of the Pops. Happy days!

And your biggest learning curve?

My biggest learning curve was not having someone in my corner negotiating my first record deal in my favour at a major label and management took advantage of my young naivety at the time. Make sure someone you trust looks over all contracts. And take care of all your business with music and radio contracts as it could come back to bite you in the backside if you don’t negotiate the best deal for yourself. Always remember your worth and remember it’s the music BUSINESS!

As a DJ, you’ve played all over, where was your favourite gig and where would you most like to play in the future?

I’ve played at some of the most wonderful places in the world but it’s hard to better The SunceBeat Festival in Croatia which is an amazing festival put together by the legendary Southport Weekender team. It’s been going for 11 years and I’ve played on every single one. With the current Covid 19 restrictions, it will just be a wonderful thing to get back to playing in front of a real crowd safely. The virtual stream thing is cool but it’s not the same.

What new talent have you discovered recently on the R&B scene that we should be on the lookout for?

Amber Mark, Snoh Aalegra, Teyana Taylor, Tiana Major9, Children of Zeus and Geovarn are all killin it right now. Plus, watch out for a young cat called DeLo_cl. He’s got flava!

What’s next for Ronnie Herel?

Thanks for having me!