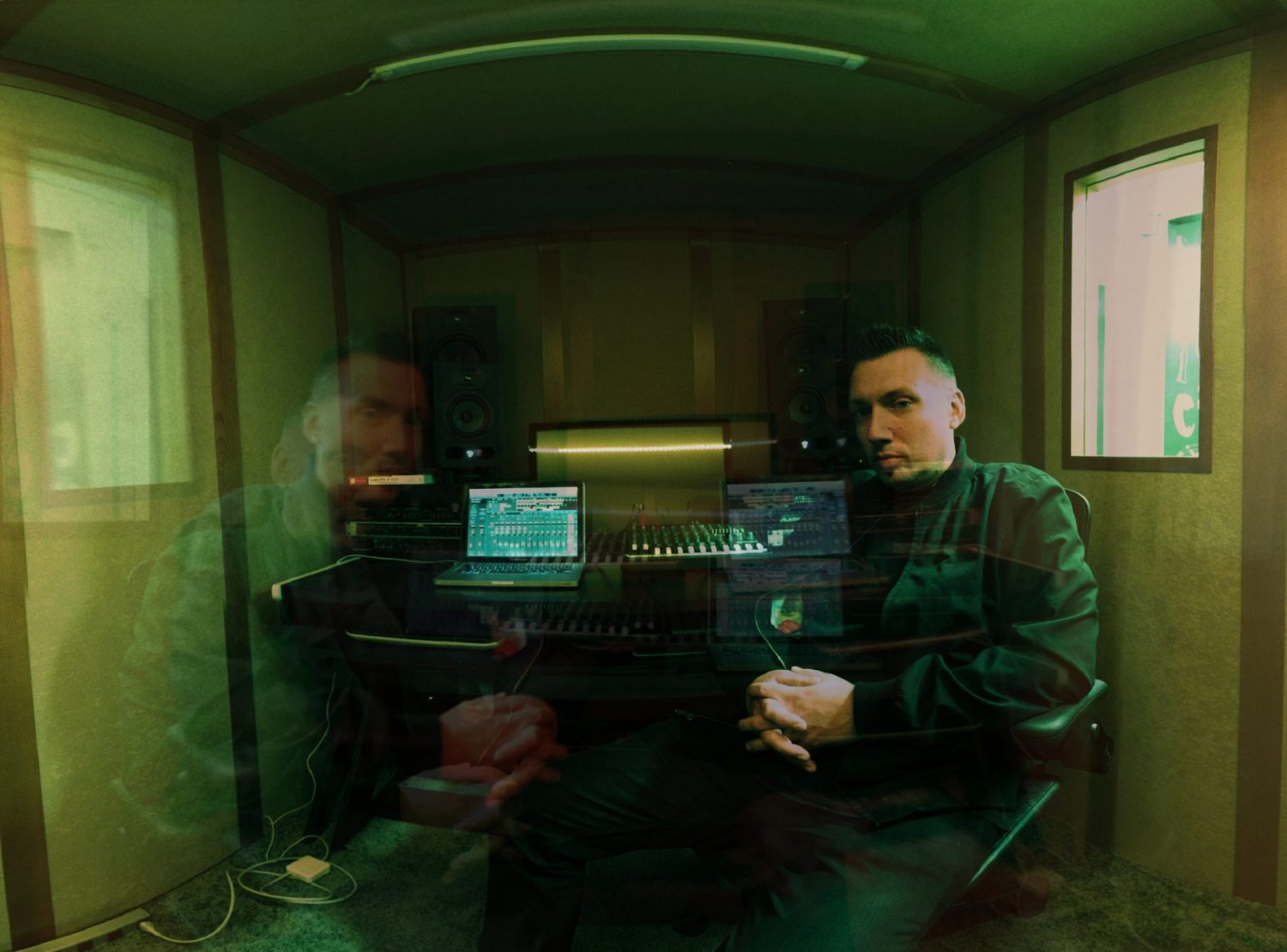 Bradley Nelson is an internationally recognized DJ and recording artist producing under the monikers, DJ Evol and RISC.

The DJ Evol moniker has been an established player on the international drum & bass scene for many years, releasing on the highly lauded UK labels True Playaz and Urban Takeover and CIA recordings. Originally from Chicago, Evol has found a home in LA and brings years of experience in bass music production from residencies and radio to the West Coast, a fact which is not lost on the dance floors he habitually incinerates. Evol has also brought his thick talent at the decks to the SMOG family’s wide variety of parties and productions.

A respected name in the international electronic music community, Bradley has produced under is moniker RISC on Green Velvet’s Relief Records, Chicago’s UKR records, Berlin’s established GND records and Spain’s N&N records, along with a steady slew of new releases and remixes coming in the next few months. He brings a unique, catchy, dance-floor approach to his production. His tracks have a humbling feeling, with unforgettable synth lines and an array of funky drums and rhythm.

Recently, Nelson married his Chicagoan roots with his love for techno as RISC, for a debut release on Eats Everything and Andres Campo’s EI8HT Records: the four-track Midwest-inspired Sessions EP

With Sessions Scheduled for release on June 28th, and available for pre-order HERE, we sat down with the LA transplant to dig deeper into his Chicago roots and the influences for the EP.

Hi Brad, nice to meet you and thank you for chatting with us! How have you been?

I’m great! I’ve just been busy in the studio working on new material. Thanks for taking the time to speak with me too!

First thing I noticed when I received your forthcoming EP (congrats by the way!) is the Chicago and Midwest connection, both in the track names as well as your roots. Were you born in Chicago?

Yes thank you I am very excited about this EP! I was born and raised on the south side of Chicago. So, this EP reflects a lot of my Chicago roots.

‘94 East’ is one of the main freeways in the city, it will take you from the north side through downtown, and all the way to the south side of the city.

How was it growing up in Chicago?

It was awesome! I grew up just south of the city in the suburbs. Which was only a short drive or train ride to the city. The city taught me a lot growing up there. You got to have tough skin to live there. It definitely shaped me into the person I am today.

Was house music a big thing for you growing up? How about techno?

Yes it was. I grew up in the ’80s and WBMX would have house music playing on the radio every weekend! So, I used to listen to guys like Farley Jackmaster Funk and Scott Smoking Silz playing all the house cuts. House music is a huge part of Chicago culture. It was on all the radio stations, in all the clubs, it is the pulse of the city. As for techno you had to go look for it more in the early days. It wasn’t as accessible, but there were clubs and underground raves that would have dj’s playing more underground tracks.

My friends and I would throw house parties and play techno and jungle music, it was one of the few places we could enjoy it. There were also some rave promoters that would bring out people like Joey Beltram, Frankie Bones, The Advent, Dj Hell, Slam, Jeff Mills, Dj Misah and Claude Young. I was fortunate to have seen those guys back when techno was in its early stages.

Who are some of the Chicago artists that have inspired you throughout your musical journey?

There are quite a few to mention. One of my biggest influences has been Dj Hyperactive. I used to play his mixtapes over and over again. He mixed like nobody else, playing jacking tracks, techno and house. A huge influence in my production and Djing. Also, some of my favorites DJs and producers from the city are: Terry Mullan, Paul Johnson, Green Velvet, Karl Meier, Mike Dearborn, Lester Fitzpatrick, Robert Armani, Dj Rush, Derrick Carter, Mark Farina, Steve Poindexter, Dj 3D, Phan-tom 45, Dr Groo and Danny the Wild Child.

At what point did you decide to start producing and playing music?

I was about 14 when I saved up money to buy my first set of turntables. They were belt drive technics. It took me a while to get the hang of it but I had a lot of friends who were also DJs at the time, so it was a community of us learning together. I started getting involved in playing afterparties in the rave scene, after a few years of Djing, I got the itch to start producing my own music. I was about 18 when I released my first record. It’s been a long interesting journey since then!

How soon after that did you feel this would become a more serious thing, and what sparked that decision?

Well after we had put out the first record and started getting some good feedback. So, I climbed down the rabbit hole even further. I figured run at this full speed and don’t look back! I think after my first record got picked up on a big U.K. label I knew this was what I wanted to do. There was a lot of support from big Dj’s overseas and it really made an impact on me and my music.

What does your name, RISC, mean?

Besides making music, I have always been into computers, they fascinate me. So, the name came from that. It means – Reduced Instruction Set Computer, it’s a type of processor. But the general concept is that such a computer has a small set of simple and general instructions, rather than a large set of complex and specialized instructions. It fits my style of music simple concepts with a good final result. 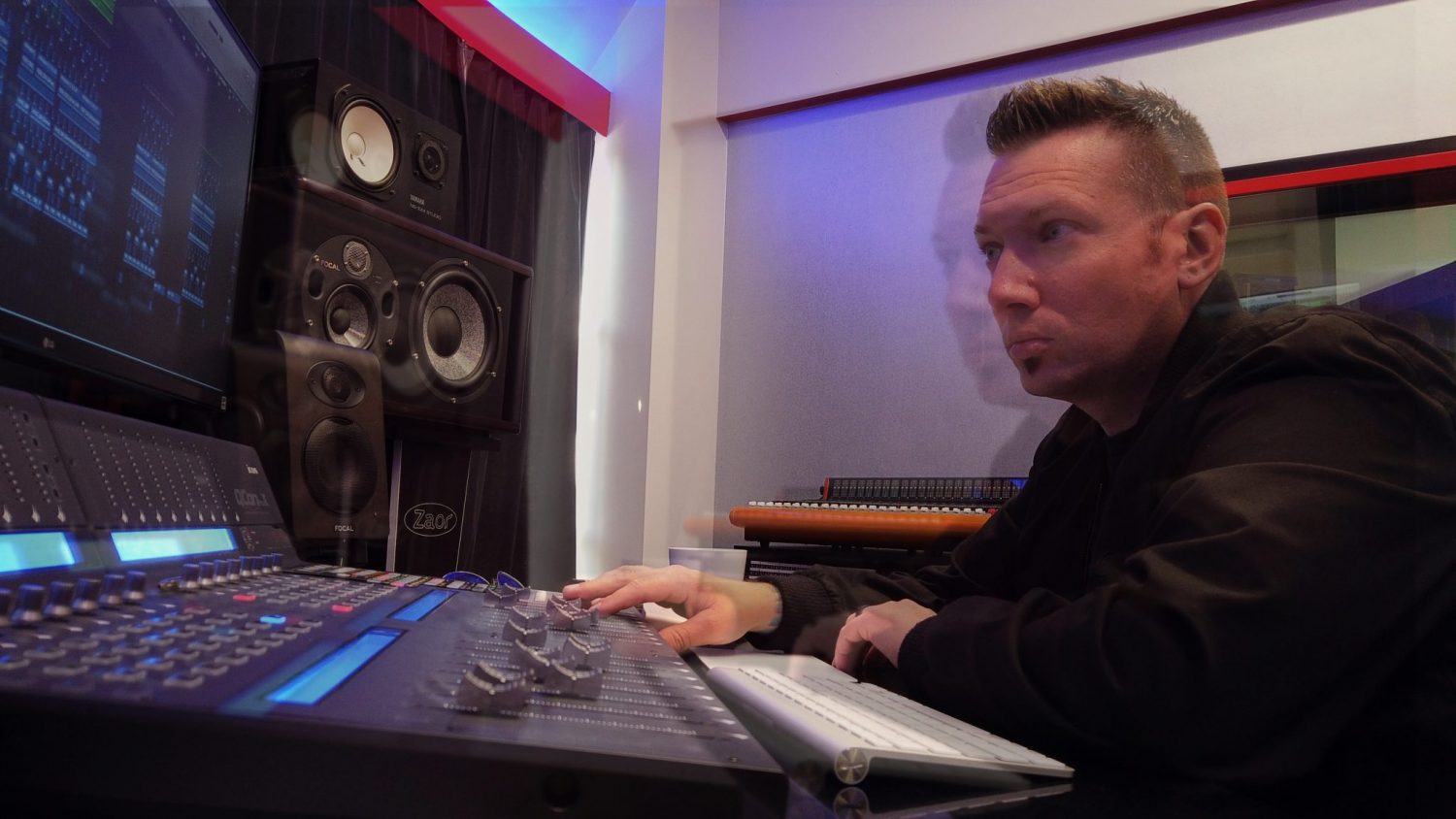 You now live in LA, right? How different is it from Chicago from your perspective?

Yes, I’ve been out here for over 10 years now. The people here are more adaptive to culture change. I think that is what always drew me to moving to California. I grew up skateboarding and listening to punk rock and hardcore. Most of the bands and artist’s I liked, came from California and their approach on life always inspired me. I think back in the Midwest it takes time for people to adapt to new things and ideas. It wasn’t easy growing up a skateboarder back then it wasn’t as accepted as it is now.

What do you miss about Chicago, and what don’t you miss?

I miss my friends and family that I don’t get to see very often. I miss the food, there are so many great places to eat. I miss the clubs and the underground loft parties. But I don’t miss the horrible cold, windy winters or the potholes on the streets!

These are all interesting answers because I went to college in Chicago, at DePaul, and moved to LA myself 3 1/2 years ago. I have a love/hate relationship with Chicago mostly due to the weather, as I am from Italy, but I always found the city so inspiring and fascinating. Does it inspire you still to this day in the studio, and how so?

Yes, I am still inspired by Chicago, it brings a certain vibe to my music. I really enjoy listening to the techno and house records that came out of Chicago from the ’90s. I just think of all the old warehouse parties where I would hear these tracks at, and I use those memories to create a sound or vibe in a track. A lot of my song titles come from jogging those memories.

What are some of the things you enjoy doing in LA now that you live here?

Well going to the beach as much as I can. Taking in the art scene here, going to record stores like Amobea. Checking out all the old skate spots I used to watch on video’s when I was kid. I still geek out on that, it never gets old.

Do you go out to party in the city at all?

Yes, when I find time. I do have a heavy work/ studio schedule. So, if there is an artist or band I really want to see I will go out.

LA has a big warehouse scene as well as a lot of club and venue shows. Have you managed to experience both sides yet?

Yes, I used to work with Smog records putting on raves and club nights. Some of the first shows were at Lot 613. We also used to do club nights at The Echo and Echo Plex. So, I’ve been to quite a few different venues in LA. The have all been a great experience. There are different vibes in the warehouse vs the club. But both enjoyable as I listener and performer.

What else is in store for RISC following this EP?

Well making more music. A few remixes coming out soon and a few collaborations. I’m working on a live show as well. So, there will be a lot more new music!

Thank you mate, and congrats on the release again!