Digging Deeper with Regal: Remember Why You Started 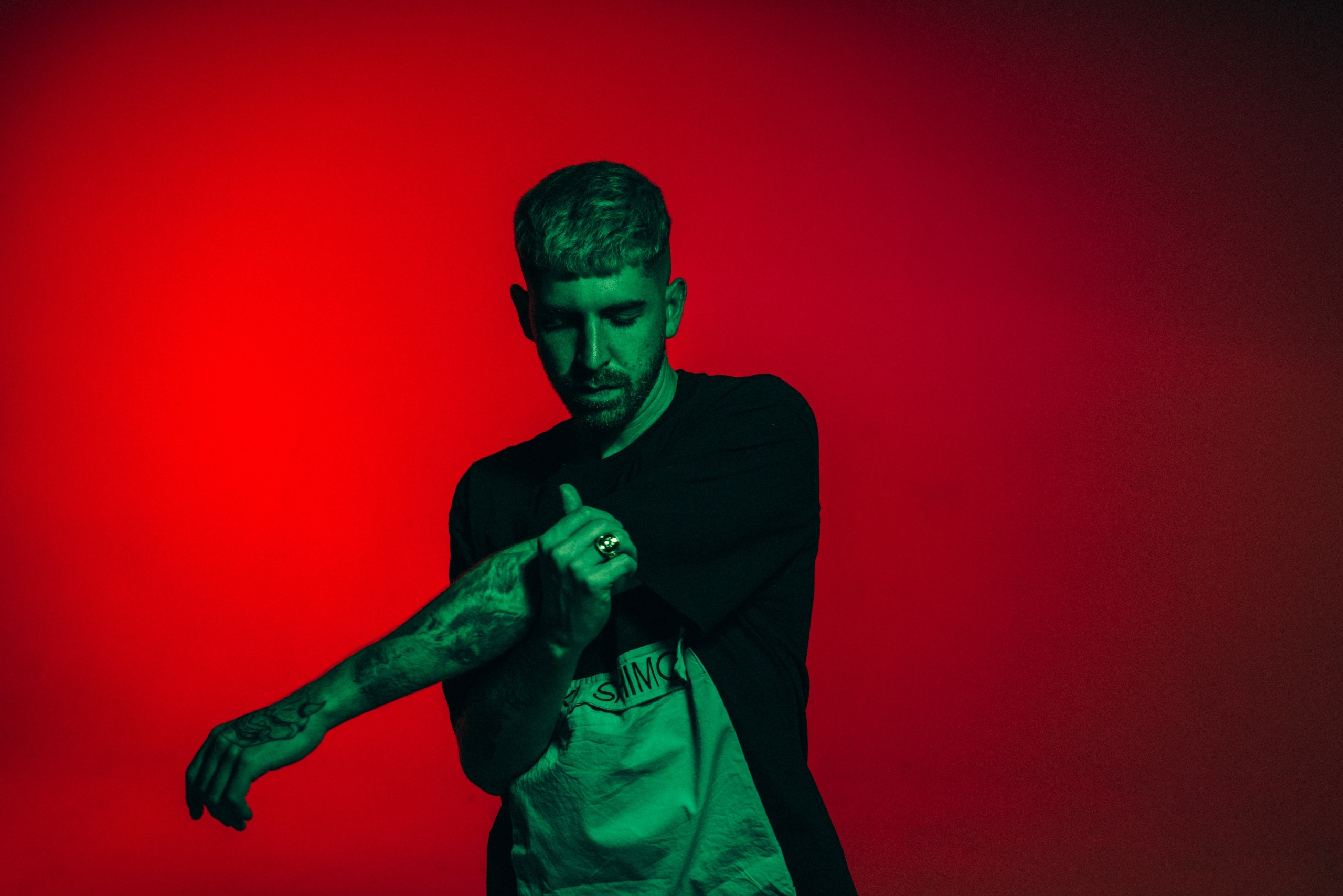 Digging Deeper with Regal: Remember Why You Started

Following a string of releases on his Involve imprint, as well as Figure, Enemy and BPitch, Regal is one of Techno’s most exciting talents of recent years.

Involve is also the home for his first-ever album Remember Why You Started, which is out this July 2nd. Featuring 12 original tracks, the focus is energetic and raw, in proper Regal style.

Since 2012 he has quickly established himself as one of Techno’s most in demand artists, remixing acts like Nina Kraviz, Ellen Allien, Emmanuel Top and more, not to mention collabs alongside Len Faki, Alien Rain or Amelie Lens. Further bolstering his reputation, his own tracks have been remixed by heavyweights such as Mark Broom or Radio Slave and upcoming star Hadone.

Known for his ability to move between influences and sub-genres, his style is eclectic as he draws from pockets of sound across the electronic sphere, with tinges of Trance and Acid undercurrents at the centre of his ever-evolving sound, tailoring the perfect mix between strong rhythms and melodies that enchant the soul. As a DJ, Regal’s dynamic and impactful style has led him to play revered sets across a host of renowned clubs and festivals such as Berghain, Awakenings, DGTL and Exhale, whilst he also is a core resident at KHIDI, one of the key clubs at the forefront of Tbilisi’s thriving techno scene.

Along with homing his own tracks and collabs, Regal’s imprint Involve has established itself as one fo the main techno labels. Known for delivering the best 303 infused acid sounds, the imprint has welcomed artists including Boston 168, FJAAK and Alignment.

In the last two years, Regal had a heavy involvement across Ellen Allien’s BPitch imprint, releasing two rave-esque EPs and one track featured on the first Ufo Inc. VA. Carving his legacy deeper into the global techno scene, Regal had two big Boiler Room appearances in addition to being featured on DJ Mag Spain’s October 2020 cover.

LISTEN TO THE ALBUM HERE

We caught up with Regal to talk about the journey that brought him to the album release, and what’s next in the months ahead.

Hi mate, thank you so much for chatting with us today. How have you been this year so far?

Hi guys, my pleasure. I’ve been doing good, spending time with friends and family, working on new projects etc. Of course I’ve also been struggling with this whole situation as it hit my mental health quite hard. I’ve had a lot of up and down moments, but I try to fight those negative feelings and try to stay positive, trying to keep a balance and being focused on my work instead.

Are you feeling hopeful about the return to the dance floor?

Yes, of course! I think the vaccine is the key to get back to normality, and as most of the countries are speeding up the process, I believe we will be back dancing in clubs and festivals very soon. I’m looking forward to getting my vaccine when it will be my turn.

Congratulations on the upcoming release of your album on your Involve imprint. how long has that been in the works?

Well, the main idea of making an album came up about five years ago more or less. I wanted to make something special, experiment with music and mix up different genres, send out a message, tell a story. During all these years I’ve been working on different projects here and there, but I didn’t get enough time to focus on the album due to the amount of gigs I had every week. And also I didn’t have enough time to develop the sound that I was looking for. This busy life ended with the first lockdown in 2020 of course. I finally got able to forget about gigs and dancefloors and just focus on my album, so I went to my studio every day, re-opened the projects of the tracks I had left incomplete, played around with those old beats, threw in different genres, voices and rhythms and finally ended up with an album that I am really satisfied with.

The album title is very meaningful in and of itself, but what does it mean to you and why did you choose it?

During the first lockdown, which was very harsh in Spain, and even before I had had many bad moments, struggling with my artistic career, with depressive thoughts and thinking about quitting my musical career every now and then. So in the midst of one of these crises I tried to focus about what all of this was really about for me in the beginning of my career, so “Remember Why You Started” seemed quite an appropriate title for my album. I decided to forget about everything and just focus on producing the music that I like, without the pressure of making a peak time banger or something that people wouldn’t hate on socials. The production process was all about what I personally like doing and listening to, regardless of what people expect me to do – just like it was when I started almost ten years ago.

I gotta ask, especially as we have been going through such weird times: what specifically influenced and inspired the tracks in this album and was lockdown in any way influential with the outcome and general sound of it?

Both the sound and the optic of the album is very dark, deep, personal and quite introspective, I’d say. So yes, I guess the quarantine and the lockdown inspired the sound of the album somehow and kind of drove the tracks that I was already working on earlier in a more dark and melancholic direction. Other inspirations were old classics I used to listen to when I was younger, some hip-hop and rap music I’ve been into in the last years and some other electronic music my girlfriend showed me.

Involve Records has been such a quality label since you launched it, big fan of it personally so congratulations for your work there. How satisfied are you with how the label has done since you first started it and what are your ultimate goals with it?

When I founded the label in 2012 my only goal was to have a platform to release my own music. Over the years it became the home of many talented artists and the stepping stone of many newcomers who developed exciting careers after their Involve releases. It makes me really proud to see how great they all have been doing over the last years, and I always keep on looking out for new talented artists who produce great music in order to give them a platform to show everyone what they’re capable of. I think we are a small family and in a family everyone supports each other. Always. That’s the most important thing for me.

What kind of tracks/sound do you look for when planning out your Involve release schedule?

First of all it has to be something that I personally like, that I would like to play in a club and that makes me feel something on an emotional level. I try to search for music and artists with personalities that stand out from the mass and who have their own special sound. If the track sounds like what’s being released by a multitude of other artists and labels, it’s not something for Involve.

Can you talk us through a typical day in the life of Regal, now that there are no shows to go to?

I try to have a routine – I really like and need routines. I wake up early in the morning and go to the gym to do some boxing. Afterwards I spend my mornings doing paper work and everyday business at the office. In the evening I like to focus on the production of new music – but at the moment it’s a bit difficult since I moved places and don’t have a studio anymore. So I got back to the roots, working in my living room just with the computer and my headphones. I also try to make some plans outside to have a healthy balance: like meeting up with friends outside, going to museums and exhibitions or just watching comedy shows to have a laugh.

I know you love practicing boxing. How did that start?

I started when I was 19. At that time I liked it but I was very lazy and preferred to be in my parent’s basement doing music, so after jut one year of boxing I quit. Then last year I got interested in boxing again, so I started to train in a gym in Barcelona and now in Madrid since I moved back to my hometown.

Yes, I like soccer, MotoGP and some MMA, but I’m not a super crazy fan to be honest. It’s just a good pastime when there’s nothing else to do.

Are you passionate about any other form of arts other than producing and playing electronic music?

Of course, when I was younger I used to do a lot of graffiti and I still love it. Nowadays I’m still in touch with many people who I made graffiti with back in the days. Some of them are still doing it illegally and some others are now exhibit their stuff in art galleries and built up quite a big name in the legal graffiti scene in the last years. I also love cinema. I enjoy most of the movies from Tarantino, Scorsese and Nolan, but my favourite director is Guy Ritchie without any doubt. I also really like the Spanish cinema. Just now I’m actually working on some projects within the Spanish movie scene, trying to combine cinema with techno music.

What is the best meal you have eaten in the past year?

In the past year I’ve eaten a lot. I gained 15 kg just in one year [laughs]. It sound quite funny but when I look in the mirror, I don’t think it’s funny anymore. I’d say that one of the best meals were BBQ ribs tacos made by a Spanish 3 Michelin Stars chef called Dabiz Muñoz, who started a delivery food service in his restaurant during the lockdown when the restaurants were closed.

is there a specific dish you’re very good at cooking yourself?

My friends say that I am very good at cooking every type of pasta, but I think my super star dish is the steak tartar. It might sound like an easy dish, but the right balance of the elements is super important.

I think we have all discovered new parts of ourselves during these lockdown months. Are you willing to share something about yourself that not many people know?

I discovered that I love cooking. During the lockdown I’ve been cooking a lot and had warm dishes twice a day. I spent so much time learning tons of new recipes and improving some others that I already knew. I bought a lot of cooking books, from basic to high level cookery. So if I my techno career should be over because of corona, I definitely would start working as a chef. But for now I would say I prefer records over dishes.