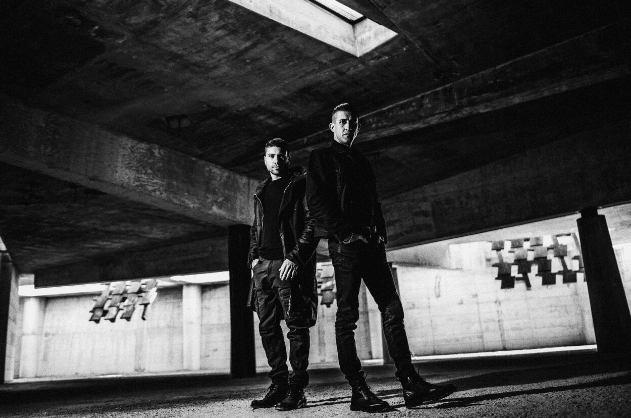 Since its birth in 2014, Barcelona’s HEX has become one of techno’s most formidable brands; organising events at venues and festivals such as INPUT, Razzmatazz, Brunch –In and DGTL Barcelona, establishing a devout following with its matchless crowd, not to mention booking many of techno’s finest names like Jeff Mills, Ben Klock, Rebekah, Blawan, Ben Sims, Oscar Mulero, I Hate Models, Marcel Dettmann, Dax J, Paula Temple and DVS1. At the core of HEX is its co-founders and residents PØLI, and Lorenzo Raganzini, who now launch HEX Recordings to diffuse its own sound and cultivate talents of the international scene and already established acts.

Collaborating for the label’s debut release, PØLI, and Lorenzo Raganzini went on a 10-day isolated retreat in a professional recording studio in the Spanish countryside – with no method of communication with the outside world – to produce the label’s debut release. The result is four quality techno tracks which were later granted to remixes from five respected techno artists; Fleisch’s Zanias, Involve head Regal, Out of Place boss Insolate, ex-founder of Blvckplvgue Nico Moreno and Rapid Eye Movement co-founders VII Circle. A follow up digital release will include further remixes from VSK, Alignment, AWB, Farceb and Svarog.

You can now watch a documentary with HEX Recordings founders PØLI and Lorenzo Raganzini. Collaborating for the label’s debut release, PØLI, and Lorenzo Raganzini went on a 10-day isolated retreat in a professional recording studio in the Spanish countryside – with no method of communication with the outside world.

Read the full story, as well as pre-order the vinyl to support the launch of HEX Recordings: HEX Barcelona Indiegogo Campaign.

With the label’s official first release dropping on HEX Recordings this coming 11th of March, we sat down with both PØLI and Lorenzo Raganzini to discuss their personal history, HEX’s most memorable moments and why they decided to launch a label in the first place.

Ciao ragazzi, congratulations on your label launch but beyond that congratulations on all the work you’ve been doing in Barcelona with HEX! As a techno fan, promoter and listener here in Los Angeles I have heard a lot about your work from artists we have booked in common, and see enough online to know you have something special going on!

Hey, glad you enjoy what we’re doing. It’s fantastic when artists that joined us for an HEX night, speak well about it internationally with other colleagues, and we can say that it actually often happens.

First things first: how did you guys first meet?

We met at Macarena club, I (Poli) went to dance there for the first time after just 2 weeks after moving in Barcelona, and Lorenzo was playing in that iconic club. Some friends in common introduced us and when we finally spoke to each other, we discovered how many interests about music and art we had in common.

How was your relationship at first and when did it turn into the idea of HEX Barcelona?

After our first meeting, seeing that our ideas were going in the same direction, we started working together in the creation of our first very underground/rave brand called “DOOM”. Already from the first event, the concept was working very well and after that we did multiple events during the following months. One day, a very important club (at that time) of Barcelona got in contact with us in order to host that event but instead, we decided to create a completely new brand, more club-oriented. That was the beginnings of HEX in Barcelona.

Why did you call it HEX and how did you come about with the idea for your logo, which I love?

HEX means “bewitch”, the ability to hypnotise, in this case by the magic of the Techno sound.

Our logo, which can be seen as an inverted cross but actually it’s not, means one vertical line (the music) that unifies and connect two horizontal lines (people of different cultures).

What was the purpose and intention with HEX when you guys launched the project?

The idea was from day 1, to offer a completely new artistic experience into a club. We wanted to bring this ravey and dark Techno concept to the clubs of Barcelona, and to mix it with different expression of art. Something like a Techno museum, offering unexpected art pieces to our audience.

What would you say are some of the most memorable HEX moments you have experienced so far in your journey?

– For sure the first official HEX night, with around sold-out and huge support of the city on its early stage
– The event of the 1st anniversary when we had 1.500 people in the club with just us (PØLI and Lorenzo Raganzini) in the line up (this was at the beginnings of the movement, so something very incredible to see)
– The first HEX at Input club with Len Faki when we did sold-out after just one hour from opening doors
– And finally, HEX at Razzmatazz with Jeff Mills when we had the biggest club of Barcelona full on a Thursday night, with 3.000 people, and we actually transformed that club in our ideal Techno museum with a lot of art exposed everywhere in the multiple rooms. 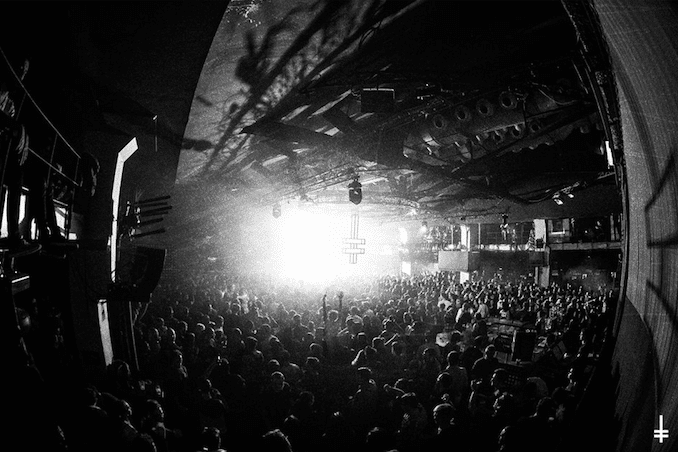 What makes HEX special, in your mind?

We consider HEX as a Techno movement and as an ecosystem composed by many artistic disciplines and where so many artists have bring and still keep bringing their vision into it, contributing with unique pieces of art. There are not so many brands (internationally) that includes so many disciplines under their name. HEX is Music, Videography, Visuals, Lighting, Paintings, Sculptures, Photography, Clothing, so it s a very complete brand and fully oriented to one single dark vision of art.

This first release on HEX sees you both showcasing your skills in the studio, as well as a great selection of remixers tapped on for the project. Let’s talk about your originals first: how long have these been in the works?

We composed all of them back in June 2018, during a 10 days journey at Alamo Shock. It was a proper retreat with no phone, no wifi and no communication with other people. An isolated professional music studio in the countryside near Madrid that Lorenzo booked after getting the idea of maximum focus watching a documentary about how Metallica and Aerosmith they were creating their albums.

So, we can say we made them in 10 days but when we came back to Barcelona, we worked much more on the arrangement and on the final mixing which took quite a long time to get the result we can listen now.

Do you feel your HEX nights and the artists you have hosted have influenced your own work in the studio?

Yes, it’s possible. The inspiration for us is continuum. We try to have our senses always active, to see, listen, feel what’s around us but when it’s time to express ourselves we like to do it in the purest way possible, just “letting it flow”.

How do you two operate in the studio together? Can you walk us through a typical studio day and your production process?

We usually meet to work together on a full EP creation just 2-3 times during the year and when we do it, we go all-in. We disconnect the internet and try to avoid any distraction, so then we can fully focus on our mission that is the creation of the EP. We try to be very efficient and divide the work, Lorenzo is the one organized and myself (PØLI) the more creative.

As I said your remixers for the album include a selection of seriously talented artists. Why did you choose them?

We deeply respect all of them as artists and creators of Art. We choose them because they represent many of the Techno shades of HEX. Some artists are more rave, other are more mental or experimental.

What else is in the works for HEX as far as releases? Anything exciting you can reveal?

At the moment, we already have the sound of HEX002 ready and composed by an incredible emergent talent. We also have the two remixes of the EP confirmed and on process. They will be made by two referent artists of the underground Techno scene. We can also say that all the next releases will be a single vinyl with 1 or 2 remixes, and that HEX will keep offering music in both formats: vinyl and digital.

Putting aside HEX for a second. You’re two Italians doing great things in Barcelona. Why there and not back at “home”?

We love Italy and our home places but the Techno scene is still not so strong in our cities. On top of that Barcelona is a beautiful town, we like its vibe and energy. It was our dream to come to live here, so now that we’re here it’s hard to leave it.

The city is a continual inspiration for us and the synergy with other artists living here is really strong. Now we dream to one day, being able to bring our sound back to our home places and to show our friends how it has growth over the years.

What’s your favorite non-music spot in the city that is outside of the tourist buzz?

Lorenzo: Parc del Forum with its peace, the sea and the sun around it

Poli: I like to discover places in Catalunya with my motorbike, there are so many cool places outside the centre

What are two restaurants in Barcelona every visitor should visit?

We like to meet and cook at home, and while one of us cooks, the other is spinning some vinyl.

You’re promoters, DJs, producers and label owners now. What do you do in your spare time, if you ever have any?

Actually our minds never stop thinking about how we can improve the brand and ourselves as people and artists. We hang out a couple of times per week and when we are not working on HEX, we like to read or to train hard. PØLI is into Muay Thai and me (Lorenzo) I’m more into CrossFit and running on the beach.

We both like also meditation and PØLI is crazy about breathing techniques.

Thank you for the chat!