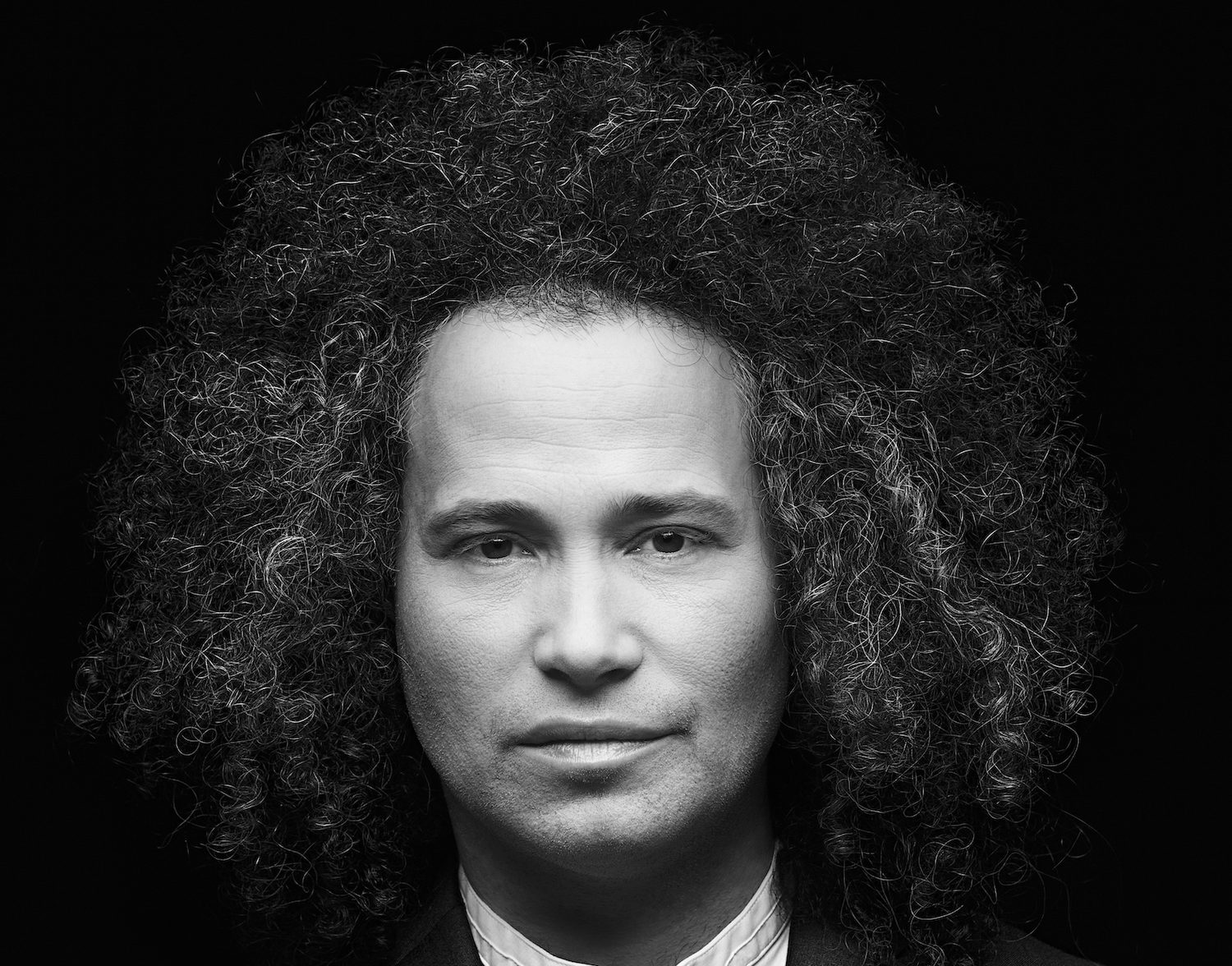 Oded Nir is a bass player, producer, remixer and electronic live artist based in Amsterdam, who is also the mastermind behind the popular Suntree Records – a hub for all things soulful, house, jazz and lounge.

Born in Tel Aviv, Israel, Oded is never shy of globetrotting. Oded started to discover and experiment with electronic music when he listened to Café del Mar, Kruder & Dorfmeister, Massive Attack, and Jazzanova, although his first love was actually rock music. With his background as an all-around musician, Oded creates original sounds and blends them together for the first time on his debut album ‘Midnight Snacker’ (Suntree Records) in 2010.

Covering all flavors within the house, lounge & soulful genre combined with productions on his own label Suntree Records as well as Universal, it is obvious that Oded Nir can tackle all dimensions of music with tremendous ease.

As he reveals his second artist album, titled Rooftop Conversations, 6AM digs deeper to find out more about this endearing artist.

Hi Oded, it’s a pleasure to chat with you today, how are you?

I’m doing well, very busy with the release of my new album, so not been sleeping much, but having very exciting times.

I was born in Tel Aviv, but have been based in Amsterdam for many years now, thirteen! I was always passionate about music, studying piano like an average kid. I was a big Police, The Cure fan and Sting was a big influence on me too, but when the Seattle wave in the early ’90s arrived, at that point it was pretty clear that I wanted to be a bass player and follow in the footsteps of my hero Sting. Plus someone told me the musicians get all the girls, so that was it, it didn’t take much more to convince me, bass and girls… Sold!

So your first love was bass guitar, how did you get into making dance music?

I was very far away from dance music, I was heavily involved with the rock and blues scene for years. I wanted to start recording my own songs, so I bought a computer and music production software (Cubase) and was ready to start creating my rock songs. My homework from my Cubase teacher back then was to build a groove as an exercise and what came out was a really funky house track! I instantly fell in love with the sound and found my new path, btw that Cubase exercise actually became the first track of my first album called ‘Bluesmasters’, you can find it on all the music portals.

Congratulations on delivering your brand new Rooftop Conversations album. What can you tell us about the release?

It was a year’s journey of writing, recording and producing. It’s a blend of styles and sounds, which reflect on who I am as an artist, you’ll find everything from moves Chillout/Lounge, Funk, Soul, House, Jazz and Blues. It all comes together as one, I’m very proud of the results.

Who else features on the album and what did they bring to the table?

I had the pleasure collaborating with some great names and talents, Saskia Laroo on trumpet on the title track ‘Rooftop Conversations’. Saskia is a well-known Jazz artist, and she brought her super trumpet groove into my track. On the track called ‘App Time’ appear Kirsten Berkx, who is a young and upcoming singer who sang on The Voice tv show in Holland, she represents the new generation. The US Jazz vocalist and piano player Warren Byrd brought his Scat expertise my jazzy house track ‘That’s The Scat’, Dutch Sax player Cece Noir did a wonderful job on ‘Amsterdam Nights’ which was the first single from the LP. American singer Chappell’s golden voice made it into the LP with a new 2019 updated version of our 2014 hit ‘Again & Again’ and Amsterdam’s MC King Dread James who I’ve worked with before features on the ‘Power of the Hair’, and lets not forget Richard Earnshaw that mastered the whole album.

Which is your favourite track from the album and why?

How can you choose between 9 children? They are all my kids. But I think Rooftop Conversations is very close to my heart, because of its alpha wave energy. I’m still a real downtempo guy inside. ‘Amsterdam Nights’, which I actually worked on for 7 years until I was finally happy with it is also a track dear to me.

There’s a real mixture of genres throughout the album and you’ve embraced a real cross-section of Soulful House, Jazz, Blues and Funk, Chill Out, Dub and more. Is it fair to say you’re a lover of all music and not someone to be pigeonholed as an artist? What does the album represent about you as an artist?

That’s very correct, I actually started in a metal band when I was 17, then moved to mainstream rock bands, doing the rounds as a bass guitar session player for a while, which meant moving around between genres and music styles, til I found my way. The new album represents a bit of a round-up of all types of music for me that I’ve been making since 1994, which was the year I actually did my first gig.

How long did it take to write the album and what challenges did you have to overcome in the writing process?

Writing and recording and producing took me about a year to do, I actually felt very inspired and motivated and things were in a good flow. I never push the creative process forward, either its there or it isn’t, 2018 was a year that made me write a lot.

How does it differ from your previous ‘Midnight Snacker’ album and how do you think you’ve grown as an artist?

Midnight Snacker (2010) was a very innocent LP from a different guy, as when I hear it today it’s pretty far musically and also textually from where I am now. I still play a couple of the tracks in my sets, but some tracks I wish I could change today. When I hear my new album and I compare it to the first LP I can see I have come a long way and grown as an artist, but first albums have their own magic. I still love it!

You also run your own label Suntree Records, how’s that going and who can we find on the label?

Suntree Records is home to a multi-cultural and diverse family of artists. We are focused on a range of genres from chillout/lounge to soulful and deep house. Just keep it melodic if you want to join our team. We’ve got some great names on the label including Richard Earnshaw, Gregor Salto, The Timewriter, Ron Carroll, Adani & Wolf, Meital De Razon & Asi Tal, Chappell, Eric Faria, Haldo, myself and many others!

The year was 1988, and the first dance record was Inner city’s “Good Life”. I was playing at school’s parties, with a double-cassette tape deck, you know, it was the happy 80’s and “Good Life” just came out and it was a revelation. To this day, I think it’s the best house record ever made.

As well as a live musician and DJ, you also fuse live performance with Djing, tell us a little about that?

I see myself as a musician first, performing without my bass guitar makes me feel that something is missing. I found a way that I can present and connect better with the audience. I’m playing records and improvising around them on bass guitar in a sort of action response, blending it all together with the melody and groove. It goes down really well with the crowd and I feel that people enjoy live instruments and the visual attraction that it creates. That’s my trademark.

What’s been your favourite gig so far and where are you most looking forward to playing this year?

Oh wow, my all-time favourite gig, it’s hard to choose from all the memories, My last year ADE performance with my live band on Suntree’s label night together with iCulture & Sensitive Soul was unforgettable. Also my performance in ADE 2017 on Purple Music label night in club NL was magical. I have just had the album launch party at MADAM Amsterdam towers which was fun along with all the album artists and guest performances from Richard Earnshaw, Steve Taylor, Mike Scot and Derrick Mckenzie the drummer of Jamiroquai. I’m actually looking forward to my first ever London gig on the 3rd of Ma yat McQueen for the iCulture party which is exciting!

You’re based in Amsterdam, who else on the scene should be looking out for?

I think my good friend and ADE partner Mike Scot is someone you should keep an eye on, off course DJ Roog has been doing his thing for many years, but its almost impossible to name them all, The Netherlands is one of the leading dance country’s and Amsterdam is the party capital, its full with talent all around. come over and visit us :)

And where are the best places to hear you playing?

What are some of your biggest goals you hope to achieve this year? And, anything exciting in store for the near future you can tell us about?

I would like as many people as possible will listen to my album and share my musical vibe. I would also love to play bigger stages this year and travel around with my Suntree live band. I’ve also just opened Suntree Publishing too and have signed some great new artists to the label with some exciting collabs incoming. I also have a new jazz trio in motion. But also, in reality, I’m actually looking for some free time too, lol! It would be nice to have a bit of time for my self, but I’m not complaining – I’m working in music, I’m blessed!