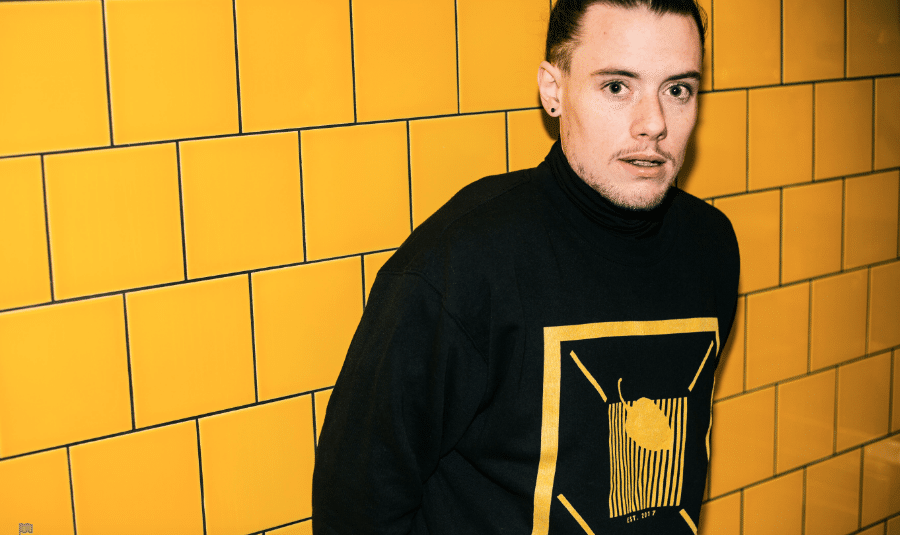 The first LP release for Connected comes from Nandu and as with his previous release, Another Jam EP, One Mans High Is Another Mans Anxiety is a unique genre-crossing palette containing elements from deep house, house, Afrohouse, electronic techno and beyond brought together in Nandu’s original style.

One Man’s High Is Another Man’s Anxiety draws inspiration from Nandu’s roots in Jazz, Rock, Pop and even Salsa. A natural musician, and one who is never bound by creative restraints, he seeks to inspire and draw on the imagination with his compositions. Creating sounds that take you from South American beaches to bitter Nordic winters; from the theatrical deep jungle to sparse and unsympathetic urban ambiances, Nandu creates unparalleled soundscapes within his music.

Over the last three years, Nandu has built a key following and glowing reputation for himself with a line of cutting-edge releases on labels such as Constant Circles, Azzur and Rebirth, as well as forming his own imprint entitled Calypso Chili in 2017. He also holds down a residency at the Culture Box club in the Danish capital, running his own party titled ‘Into The Wild’ which hosts the likes of Manu Le Tough and Re.You. Now he takes to Connected to house his next album which is a project from the heart and is a true composition by a true musician. An emotional trip; an intricately crafted soundscape that makes just as well for bedroom listening as it does on a big sound system. Nandu has created an intelligent journey of music that’s is not to be missed.

You can find One Man’s High Is Another Man’s Anxiety on both digital and vinyl.

We sat down with Nandu for a chat to discuss the album, anxiety, his production process, and future dreams.

Hi Nandu! Thank you for taking the time to talk to us. Firstly, can you tell us about your initial experiences with music? How have they shaped you into the artist you are today?

Music has always been a part of my life. My grandfather on my dad’s side played the violin fiddle and my grandfather on my mother’s side played the piano. I started playing the trumpet when I was a kid and played that for many years. At some point when I was around 16, I realized how easy I could create my own music on a computer, based on the skills I already had. The rest is history.

Your new album is called One Man’s High Is Another Man’s Anxiety – can you tell us about the story behind this title for the album? What inspired you to give it that name?

One man’s high can truly be another man’s anxiety. In some parts of life, this is very clear like having a baby, to do drugs, to work, not to work, be an artist, be a banker and so it continues. Yin & Yang and the whole idea of duality is another way to describe this. When you go left you say goodbye to right – at least for the moment you choose left. What you choose is up to you.

It wasn’t always my dream to get up at 3am to change diapers, but it was always my dream to have a family and here the sacrifice is not even mentionable. It’s more than worth it. But when you sometimes make a choice in life that you regret but which will always follow you, or when uncontrollable powers force you into another direction, it can easily switch the poles between high and low. In these cases you just have to look forward, but not without looking back. You need to learn, take it with you, and do better next time. This album is about how my highs also can be my anxieties.

Can you tell us a little bit about the musical influences that run through this album and it’s overall sound?

I can’t really point out any exact influences in my music. To me, what I like to listen to and what I create are two different things. My vision for this album was to tell a story and tell it in a way that made it possible to do that in a club context. Over the last year, I have been listening to a lot to South American music. This has in some way inspired me I guess, not directly but on a deeper level.

An album is a big project. Can you tell us how you came to make this album? Which track came first?

I love doing albums. This is my 3rd solo album, and I really like that way of writing music. When you write an EP or single for that instance you have to be very precise in what you want the music to say. When you are able to tell a story through let’s say 8 or 9 tracks, you can take your time. The tracks don’t have to be “bombs” but rather a fragment of the story, and all tracks combined is “the bomb”. The first track I did was the title track One Man’s High Is Another Man’s Anxiety. I had the overall vision for the album before I started, but not the title. But it came with that track.

What does your studio look like? Do you make tracks using hardware or software? A mixture of both perhaps?

At the moment my studio is in my living room. I moved out of my studio here in CPH and took my favorite gear with me inside my living room. Right now it works very well and my workflow is very good. I was kind of tired of going somewhere else to produce. So right now I thrive doing it at home. It also means more time with the family. 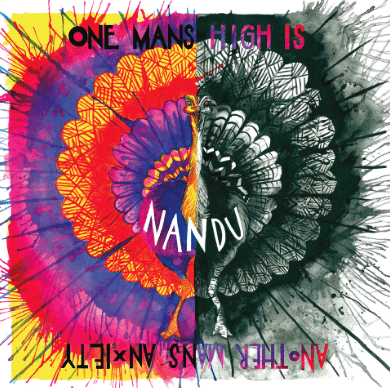 Can you tell us about your production process? Where does it begin for you when making a track?

It differs from track to track. But often I start out by jamming with a drum machine, and from that adding some pads. The most important thing for me in a track is the groove and the sonic expression. This is created from the very start. Melodies and arrangement are added later on!

You have released an album before, how does this one compare to your previous album release?

This album is more danceable. My first solo album Love You Till The End was very straight up Deep House, the second one was very experimental, and this is very much for the dance floor.

What are your hopes and dreams for the future?

I recently quit my job as a booker and for now, I only do music. To me this is the dream, and I really hope to be able to continue like this!