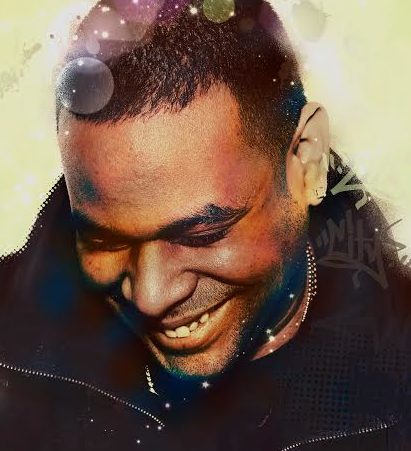 New York’s Mr. V has been been a key player on the house scene for a number of years with his legendary vocals and top-class productions resonating dance floors worldwide.

Alongside his most famous track, “Jus Dance”, Mr. V has also released productions, collaborations and remixes for top house labels including Vega Records, King Street Sounds, Flamingo Records, Defected, Play It Down, Strictly Rhythm and his own label Sole Channel. As he drops his ace new collaboration ‘I Be Searchin’ with Genetic Funk, 6AM digs deeper…

Hi Victor, it’s a pleasure to chat with you today, how are you?

I’m still here, so I can’t complain, God is good.

I was born & raised in New York City, USA, Lower East Side of Manhattan and Started making music in early 1998. I fully got into it after 2001 when I saw Alix Alvarez using an Akai MPC 2000XL and was immediately hooked.

There are way too many to mention, so here’s a few: Masters At Work, Michael Jackson, Sade, Nina Simone, Stevie Wonder, Roger Sanchez, Roland Clark, John Mayer, Quincy Jones, Bob James and many, many, many more….

And what specifically got you into making House Music, have you experimented with other genres at all?
I attended a “Hip-Hop” party in which the DJ at the time incorporated everything from Hip-hop to House Music and noticed a huge difference between Hip-Hop & House that night. I’ve always dabbled in Hip-Hop, Reggae and some pop music.

What has been your biggest release to date?

“Jus Dance”…. “Something Wit Jazz” is a close second.

You’ve already released on labels such as Vega Records, King Street Sounds, Flamingo Records, Defected, Play It Down and Strictly Rhythm among others. Which out of your own productions and remixes is your own personal favourite and why?
I have 2 actually… “Jus Dance” because of its simplicity and “I Can Sing” since it reminds me that just being creative got me to where I am.

Congratulations on your ace new single ‘I Be Searchin’ with Genetic Funk. What can you tell us about the release?

“I Be Searching” is all about the calling that we all get when we first discover our love and our affection for the genre we all call house music, it also explains how difficult it is to give something up that you first discovered that changed who you are and you’re concept of a specific genre when it is experienced by others and you’re the witness to it all. It’s kind of like a first love thing.

You’ve worked together previously with Genetic Funk on your ‘The Believe’ single, being based in the UK and NYC, how did your collaborations first come about?

Genetic has been a fan of mine for a while, he sent me the track and I didn’t find it difficult to add something to an idea that he had. That’s the one thing about me it’s so easy to get a hold of me but you have to have the right idea for me to work with and Genetic Funk always sends me something that makes me sit and think and write, I have to really think and put an effort into what I’m doing with his productions.

Aside of DJing and producing, you’re also well known for your spoken word vocals. Where do you get your inspiration from when penning lyrics?

And was Hip Hop a big thing for you growing up?

Definitely, especially growing up in low-income environments, we didn’t have much and where I was from house music was considered Gay Music, wasn’t popular at all.

You also run your own label Sole Channel, how’s that going and who can we find on there?

It’s still around but it’s more of a challenge in these times, things have changed and a lot of the admin stuff I’m only doing with one person, so it becomes a challenge trying to keep up with the times since everything moves so fast and the shelf life of a release has now dwindled to almost just 3 to 2 weeks, until people move on to something else. But nonetheless I still love doing it and I’m not going anywhere.

I have a Native Instruments Maschine Studio that I’m starting to get used to and loving it. And I know I’m late on it, but I live off of the old saying “If it isn’t broke don’t fix it”. After that I have a midi keyboard to give me those sounds I need and just essential outboard gear. short and sweet nothing too advanced yet.

Who else is kicking it musically for you on House scene right now that we should be looking out for?

You’ve been on the House music scene for along time, how much has it changed since you first started out and what needs to change for the better?

It has changed a lot I see people getting a lot of things for doing very little nowadays, you need a PR manager and one good picture of you playing for a large crowd to really get recognition.

We’ve gotten to the point that it’s more about the DJ instead of the music, once we get back to that I think we will be OK, but real people will always recognize that part and that will never fade, right now we are in a popularity race and numbers are replacing what’s actual.

To become more active and continue to make the labels thrive and to get my music out from new talent as I have been doing for the past couple of years, a lot more collaborations with great producers and of course a lot more original content of mind and the completion of my second album.

I’ve been diagnosed with anxiety and I think people should take care of themselves, I never thought I would have something like this, knowing that I have performed for thousands of people and have never shied away from the light, but I guess in time this comes into play and it’s something I am continuing to deal with and I have had some incredible help with. I have found I love and respect for meditation and downtime and that is something I have zero regrets for.