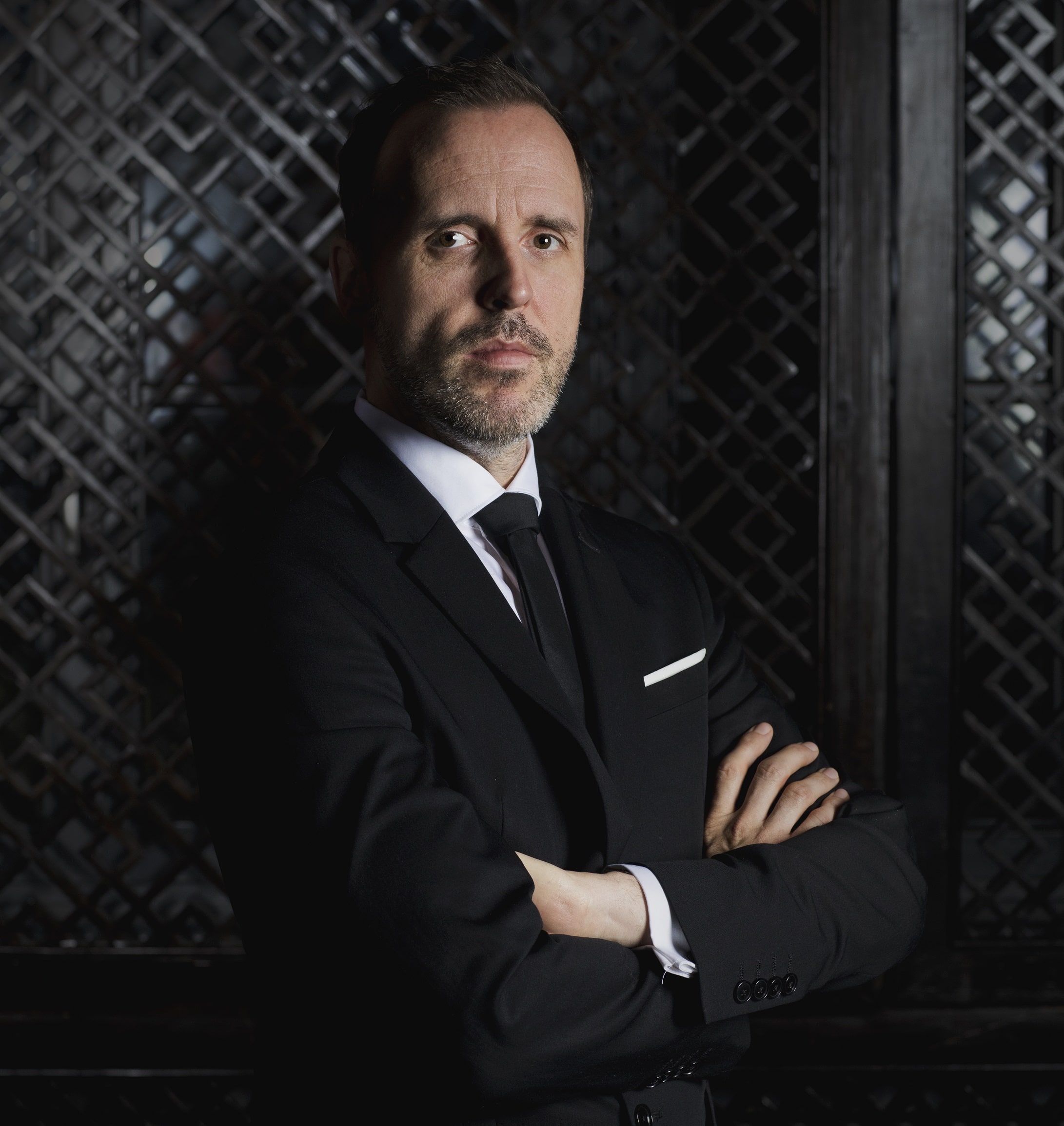 Disco and House connoisseur Mannix has been one of Vienna’s most prominent dance music pioneers since he first started DJing back in the early ’90s.

His colourful career has seen him release and remix tracks on AM:PM, Go Beat, Generate Music, Soundmen On Wax, Polydor, Tropical Disco,Peppermint Jam, Midnight Riot, Black Vinyl and Re-Loved, along with many others. 2021 saw the launch of Mannix’s own new label, DAFIA Records, and on his latest release with VillaLife ft. Andre Espeut, he takes on Junior’s 80’s Classic, ‘Mama Used To Say’.

Hi Mannix, it’s a pleasure to chat with you today, how are you?

I’m quite fine, thanks!

I have been a music fan since I was a kid at school, recording radio shows on my tape recorder. Then as a teen I started getting into Hip Hop and eventually caught the House bug at the end of the 80s. In the early 90s I started DJing in my home town Vienna/Austria. As a student I then began working in the music industry at Virgin Megastores, which brought me deeper into the music scene. I did my first production end of the 90s and haven’t looked back ever since.

My parents used to have a rich record collection with mainly pop music, but they had some nice Soul, Funk and Disco too. So I was forced to listen to this as a kid, which wasn’t the worst thing to happen in my life. After I had developed my love for Hip Hop being in a youth gang in Vienna, I began sample spotting to understand the roots of Black Music. That’s how I came to Soul, Jazz and Funk and that’s where my real love for music started to grow. Artists like Isaac Hayes, Melba Moore, Loleatta Holloway, Marvin Gaye, Al Green, Bob Marley, Barry White or Roy Ayers have my deepest respect, I adore them and their music

And what specifically got you into making soulful dance music, have you experimented with other genres at all?

Working in the music industry selling records and knowing much about those records was the first step. In Austria we had very high level producers at that time, people who we nowadays know as Kruder & Dorfmeister, Rodney Hunter, Makossa & Megablast or Urbs. These people all were already making music when I entered the game and their success motivated me to take the next step. Music production wise these acts were relatively far away from me though, as most of them did downtempo music, whereas I laid my focus on US and UK House Music with a funky twist from the beginning. Of course I have produced other genres too, I have a big affinity to Chillout/Lounge music and have had releases within that genre too.

What’s your own personal favourite release and why?

It always has to be the latest, hasn’t it? On the one hand it should, as a natural progression, be aiming for always bettering your production skills. On the other hand there is always a track that will have a forever lasting impact. That record for me is ‘Standing Right Here’ feat. Dina Vass, which I recently re-released on limited clear vinyl on Dafia with fantastic new versions from Mike Maurro and DJ Friction. It got played by all the right people from Gilles Peterson and Craig Charles and more. It’s a special record because we recorded it with a full orchestra and that’s what I will always remember. The fact that Melba Moore, the original artist of the track in the late 70s, loves the version, is the cherry on top for me.

Congratulations on your new single ‘Mama Used To Say’ with VillaLife ft Andre Espeut, please tell us a little about how it sounds?

Oh another cover version! One could get the impression I only do cover songs! In fact this is only the second I ever did and both of them are mentioned in this interview. As with ‘Standing Right Here’ I had the approach that the new version sounds very much like the Original, adding new sounds and techniques to the game. I think it’s a sort of respect you pay the original artist by not moving away too far from the original vibe. So VillaLife and myself brought in some live musicians (VillaLife himself did guitar and bass and Simon Plötzeneder took care of those trumpets) to jam over our layout and the result is pretty nice. Andre Espeut was my No.1 choice for the vocals, his effort is very close to Junior’s original, which is a real compliment.

What made you choose this record to cover in particular?

It’s a funny story, really. Here in Austria we don’t have a rich music community at all. We don’t have many radio programs, same goes with TV stations. So it was hard and I think partly still is, for an underground hit from anywhere outside the country to surface over here. Still I did know ‘Mama Used To Say’ when I was a kid, because I recorded international chart shows on tape and the track was a huge hit in the UK and some other countries in Europe. Decades later I came across it on vinyl in a tiny record shop and remembered it. I then found out it hasn’t been covered properly within the last few years, so decided to talk with VillaLife about doing it and that was that!

The release also comes with a remix from top Brazilian producer DJ Meme, what did he bring to the table?

Meme is a long time friend. We share the same passion for music and have a very similar taste in music too. He’s a wise man with a lot of experience and a great producer having worked with all so many big people in our scene. To be able to actually work on the same record with him came naturally when I founded Dafia. When ‘Mama Used To Say’ was completed I knew Meme was the one to mix it and I’m happy he agreed to do it as his versions are amazing.

Who would you like to work with in future?

I’m not that guy who works with people who are just having a successful period in their music careers. I work with people I trust and people I know who put a real effort into the music. That counts for vocalists as well as remixers. I’m not a fan of people who put out two productions each week, you often can hear why this is the case. So I have a release schedule of one release per month for the label-a schedule that should make it possible to work the record with a good marketing campaign and press work beside. Beside hiring people like Birdee, DJ Meme or Terrence Parker to remix my tracks I also take an eye on new, undiscovered talent that Dafia should be a platform to shine on.

I’m very happy that VillaLife has one of the best studios in town with loads of analogue gear and he’s also a guy who’s very up to date with the latest plugin shizzle. So I would say an analogue compressor can give you an additional 10% of extra sound and I’m very glad we have that, but for my music it’s the musicians that I can count on, who are showing the difference in a fast moving digital world.

So you’ve recently launched your own label, Dafia Records, how’s it going so far?

I’m a perfectionist, so you probably will never see me fully happy, but I’m quite confident with the way the label is developing. It only took me 25 years to found it, so now I should be ready. The most important thing for the label and myself is the attitude to release top quality music with heart and soul on a monthly basis, paying artists and remixers properly and develop the sound we love.

What else have you got coming up on the label you can tell us about?

Finally my album is ready to drop, 12 songs with 11 different international vocalists. The album will be available digitally and on vinyl from September. Single wise after ‘Mama Used To Say’, I have an instrumental Balearic summer track ready followed by another great late summer track in August. In fall I will release my collaboration with Soul Clap’s Roldy Cezaire on vox and after that my tune together with Austria’s big talent Fiona Barbier, followed by a biggie together with Pete Simpson. I’m also now in the process of starting signing tracks for future releases on the label, which is quite exciting.

Altern 8’s ‘Infiltrate 202’, because it showed me what dance music can do if you hit the right buttons. I never would have thought that a track like this could do well in the official sales charts anywhere. I’m very happy it did as it opened my mind in so many ways. I’ve been a big fan of Altern 8 and Mark Archer ever since.

Having worked in the music industry since the 90’s, how does it compare to today and what needs to change for the better?

There are too many labels out there (that’s why I have founded another) and too much crappy music without focus is being released. For me working with artists and commission remixes means paying them. There are quite a few people out there, who work with free music only. I can only appeal on producers not to accept offers like this because these are not offers. In every other industry you need to pay if you consume something and work is paid too, normally. So why should this not be the case within the music industry? I’m convinced that if producers would stick together not accepting free remixes and productions anymore, 30 to 40% of the labels would disappear and more money would be available for those who do it properly.

Hard to say! I always love Dimitri From Paris and he’s a guy who also doesn’t put out 10 productions a month, which you can hear. Dave Lee is always up there for me too naturally, as is Terrence Parker. Lately I’m very impressed with Manuel Costela, Brothers In Arts and Birdee, who remixed my last track with Jaidene Veda.

How are things in Austria with Covid-19 now, will you be looking to get back out to DJ again out soon?

I really hope so. In Austria the government has made some major mistakes during the pandemic, so I hope we indeed will get our ‘normal lives’ back soon, which of course includes DJing as well. I have gigs in Spain and Italy confirmed for the summer already and the same thing will follow here shortly I guess.

What’s next for Mannix?

Beside my afore mentioned releases on the label, I have a nice track together with Phie Claire on vocals on Midnight Riot with a tasty Qwestlife Remix soon. Then a very funky remix of Jamie Lewis & Michelle Weeks classic, ‘The Light’, should surface on Purple Music and I’ve EPs coming out on Mango Sounds and Spa In Disco too. ;)