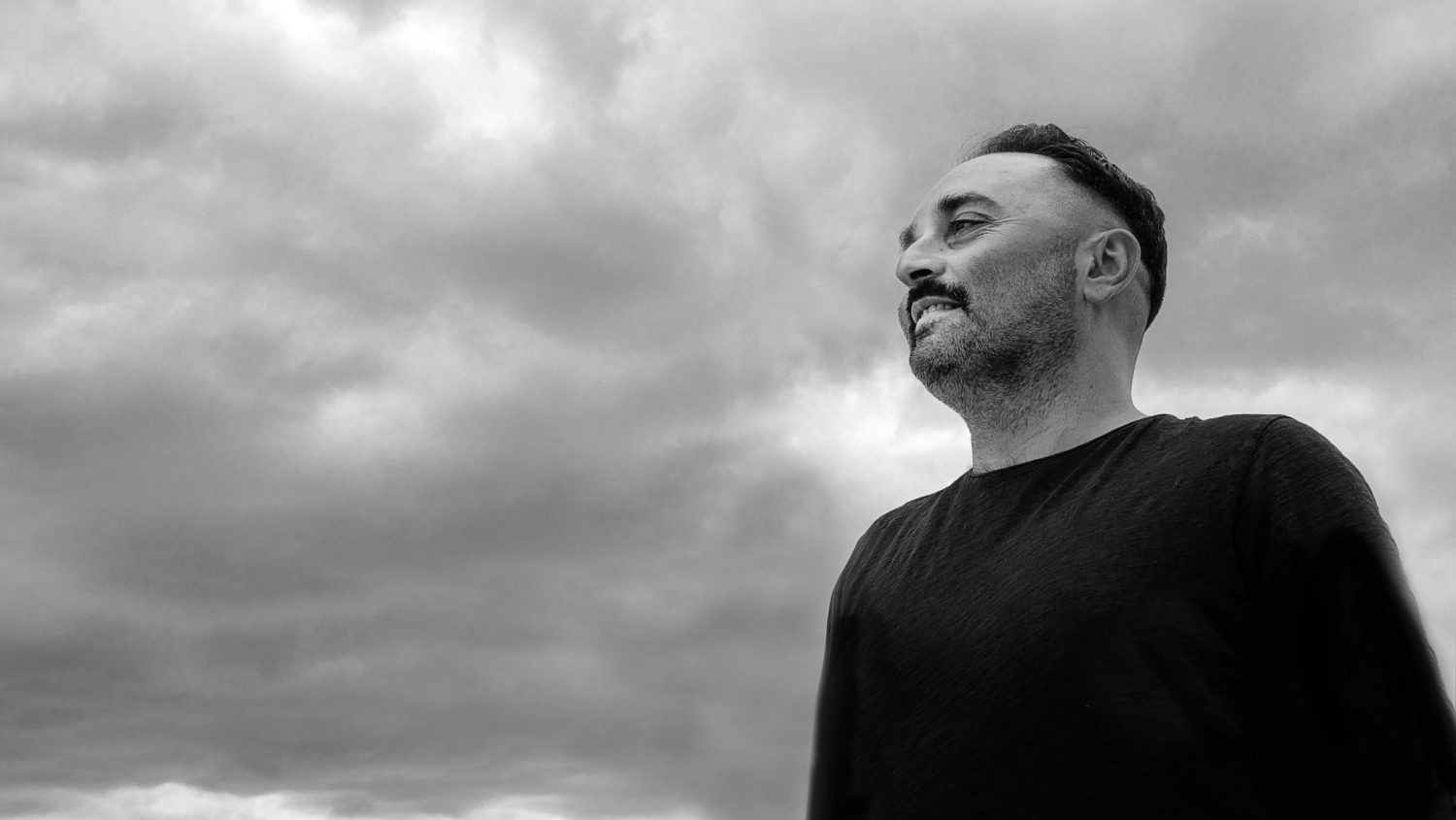 Italian producer and DJ Luca Guerrieri has been rocking the Italian scene for 25 years.

With the exciting launch of his new artist album and his current remix of Nerio’s Dubwork & Darryl Pandy’s classic ‘Sunshine & Happiness’ blowing up in clubland, 6AM checked in to find out more.

Hi Luca, it’s a pleasure to chat with you today, how are you?

I’m really happy in this period and its a pleasure to have this interview with you guys. I’m looking forward to all the things I have to do this summer, from the promotion of my album “It Never Ends” to the Meet Music conference I’m promoting in Follonica, in the South of Tuscany at the end of this month, not to mention my own brand new club night, Yellow, launching at Capannina – Castiglione della Pescaia every Sunday from July… So I’m busy, but really really happy!

I’m really proud to come from Tuscany. I was first “kidnapped” by music when I was in my early years at secondary school. It wasn’t long before I would spend 24 hours a day in front of a computer trying to plunk my keyboard…

And what specifically got you into making House Music have you experimented with other genres at all?

Yes, I experimented so many other kinds of music. My journey into music began with hip hop, soul and acid jazz. House and electronic music came later. It was only a natural consequence of what happened in my world. I think that in my album “It Never Ends” you can hear not only house but also other kinds of groove. “Colony”, and “Eleven” for instance, are two downbeat tracks and they are included in my album.

I love every kind of music, but most of all I dislike purists – those who always look at you with a sense of superiority when you, in their opinion, go out of the boundaries of their favourite kind of music. That’s the reason why my musical heroes are really diverse: Rolling Stones, Jamiroquai, Fatboy Slim or CamelPhat.

So which came first for you, Djing or producing?

I began Djing in a small club about 25 years ago.

So coming from a small town in Tuscany, how hard was it for you to break on the scene and what was your big break track?

It was really really hard, but the good thing about music is that when you find the right track, that track brings everyone together, everywhere in the world. The first song that gave me a lot of satisfaction was “Last Chance” (2007). The track that instead gave me visibility all around the world was “Harmony” (2014).

Congratulations on your ace new remix of Nerio’s Dubwork & Darryl Pandy’s classic ‘Sunshine & Happiness’, how did the remix come about and has it always been a favourite song of yours?

Thank you! And yes, I played the original track a lot, as I played Jestofunk – “Can We Live” that I recently remixed too… I asked permission to remix “Sunshine and Happiness” on my label Claps Records and this is the result.

You’ve also just released your debut album ‘It Never Ends’, are you pleased with the results and what can we expect to hear?

I’m really proud of the final result. I’m happy with the constant feedback that’s coming every day from all around the world from my fans too. This project had such a natural evolution. I simply sat down in my studio simply not thinking of making “a big hit”. It represents my career, that’s 25 years long. I composed many of the tracks in really dark moments, but thanks to them, I felt better. This is the reason why I would really like to be able to pass on a bit of positivity to those who listen to my music… And it’s not over yet. A lot of fantastic remixes will be released from the 5th of July until the end of the year. I love the idea that other artists, artists that I love, produce new music that begins with my music. Making music means sharing.

Please tell us about your favourite track from the album and why?

I can’t choose. I’m really in love with my album and I do something that usually artists don’t do with their music: when I can, I listen to it from the beginning ’til the end in my headphones.

You also run Claps Records with Marco Roncetti, how’s that going and who can we find on the label?

Claps Records is a real success story. We have a constant flow of demos coming in, we have a lot of important international releases and we’ve held a lot of parties all around the world. With Giacomo Donati we released music from artists we love, artists like Marco Lys, Alex Kenji, Dario D’attis, Wally Lopez, Sllash & Doppe, Jestofunk, Fuzzy Hair, Luca Garaboni, 2 Sides Of Soul. In the next months, we’ll release tracks by Paolo Martini, Stefano Fontana and Federico Scavo. We are really satisfied with the way things are going.

You’re also organising the Meet Music conference in Italy this June, please tell us a little more about what’s involved?

It’s a long time project for me. At the end of the third edition, we found a great partner, MINI, that will help us to the next level with Meet Music. It’s a moment of real collaboration for ‘aspiring pros’ and longtime professionals. They can get in touch and learn from each other. It’s totally free and it’s held in Follonica, in the South of Tuscany, by the sea, from the 25th to the 27th of June 2019. It’s free, you have only to register on www.meetmusic.it.

So how is the music scene in Italy right now and what needs to change for the better in your opinion?

The music scene in Italy is a very good moment, it’s clubbing that’s not a good shape. Art directors and club managers have problems of the year 2019, but their solutions come from 1995. To cut it short, music will never end, like movies… but all video stores have closed many years ago. Discoteques are a bit like video stores, need to evolve. In most of the Italian clubs perform as DJs showgirls, tv artists, ex-sportsmen. It means that dischoteques probably are not a good place to listen to music. Not anymore.

Who else is kicking it musically for you on the Italian scene right now that we should be looking out for?

We have a lot of talented artists in Italy. Artists like Federico Scavo, The Cube Guys, Marco Lys, Alex Kenji, Gianni Bini, Paolo Martini… I’m naming only the most experienced ones, as I can’t say that a lot of new talents impressed me a lot. I see too many of them searching of “success”. Natural growth would help them much more than what they usually do.

I would say Moloko – “Forever More” (FKEK Remix). It moved me and still moves me. It’s a mix of beauty and technique that filed the dancefloor everywhere I played it. I love a recent track too: it’s “We’ve got to Try” by The Chemical Brothers. The melody is great, and the video is fantastic.

Where are you most looking forward to playing this summer?

My brand new party, Yellow will be held across four Sundays at the height of summer in Castiglione della Pescaia in Tuscany. It will be a musical journey that begins from hip-hop and downbeat vibes, crossing to house and electronic music too.

What else have you got coming up release or remix wise that you can tell us about?

I think I told you a lot before. If you like only a bit my album “It Never Ends”, please listen to all the remixes that will come in the next months. They add a new idea of music to mine. That’s what music is all about, I think. If you share good music, that music becomes more beautiful.