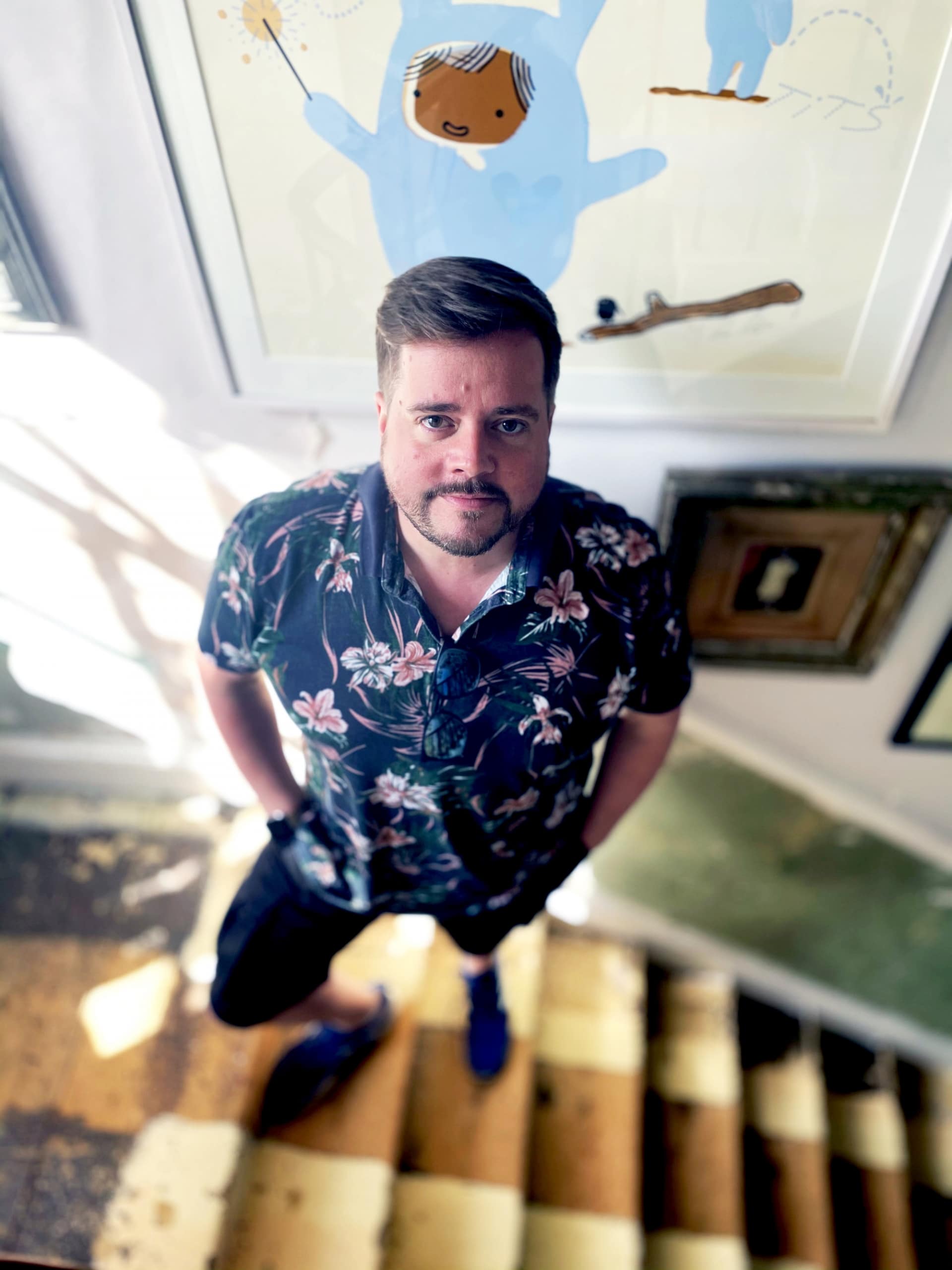 Lewis Daniels is known for his relaxed and no-nonsense approach to House Music, delivering original releases through his solo work and together as a duo with Christian B, mainly via their widely acclaimed Friday Fox Recordings label since 2013.

Formerly known as ‘Lavvy Levan’, Lewis now records solely under his own name and has a quirky new single dropping titled ‘Love Puss’. 6AM digs deeper to find out more.

Hi Lewis, it’s a pleasure to chat with you today, how are you?

I’m super, thanks for asking!

So, originally from Hertfordshire, just north of London, and I started making music in the mid-90s in a very very small home studio, mainly making Jungle and House.

Wow, that’s a hard question – I take influence from so many different era’s and genres, but on the Soul side, artists like Curtis Mayfield, Erykah Badu, Willie Hutch and Marvin Gaye to name a few. On the dance side of things, 4 Hero and Reinforced Records really struck a nerve with me and their experimentation with the Jazz-influence side of D&B really opened by ears.Aand then on the House side of things Masters at Work and Mood II Swing really hit a sweet spot for me. I also am naturally drawn to the more unusual and edgy artists – Roisin Murphy has appealed to me for a long time, I love how she never does what is expected of her.

I loved producing Jungle and D&B when I was much younger, but in recent years it’s always been House – though I like to try and push the boundaries of what the genre can be.

You’re known to many by your previous artist name, Lavvy Levan, what fuelled the decision to drop it and use your real name?

While that name opened a lot of doors for me, mainly because people were curious, I think it also prevented me from being taken too seriously in my own right. Plus, although the name was always meant to be a mark of respect to the great Larry – some people didn’t understand that and assumed that it was disrespectful – something that really upset me. So I decided to let the name go, re-title the back catalogue and start recording solely under my own name.

Congratulations on you quirky new single ‘Love Puss’, please tell us a little about how it sounds?

With my solo work I like to explore lots of different avenues, I don’t like obvious sounding tracks, so I like to delve a little deep, have some fun and see what happens. ‘Love Puss’ is an odd combination of very loose beats, disco stabs and very deep sub bass. It won’t be for everybody – but that’s kinda the point.

Ok, the cover is as quirky as the record, is that you in the photo? What’s the story there?

Yes, that’s me in the photo – those that know me will know that I always enjoy getting a little freaky and often dressed ‘creatively’ for DJ / PA performances. This particular image was from a house party many years ago – I always knew the image was meant for something and when I created the artwork for ‘Love Puss’ it was a natural fit.

The release comes with lots of remixes including Khillaudio, Christian B, Meraki Soul, Simon Morgan and Paul Rhodes. What did they bring to the table and have you got a personal favourite?

We’ve built a strong family of remixers on Friday Fox over the years, and like the original track, I ask remixers to really stretch out and explore their sound on the remixes. They have all brought something different to the table and it’s a nice eclectic selection. It’s hard to pick a favourite, so I won’t – but I have to say the UK bumpy style on Simon Morgan’s remix really got me moving!

How do you typically go about writing a track and what’s your favourite piece of studio kit?

I keep things very simple to be honest, I normally start with a sample, or collection of samples, see how they feel and fit in a new guise – using new bass and chords to transform them, and then layering the arrangement until I find ‘that’ vibe. I am old-school, I often sample from vinyl and still use a basic version of Cubase. I try not to use sample packs or loops where possible.

You’ve been running the Friday Fox Recordings label with Christian B since 2013, please share with us some of your favourite releases from the label’s catalogue.

We’ve been so pleased with the amount and quality of work that we’ve been able to put out over the years – we always aimed for every release to be a ‘stand out’ in it’s own right and have never rushed out too many tracks. Working with Christian on our duo releases has always produced some interesting and exciting sounds – and he’s always been able to extract the best from my vocal – on tracks like ‘No Trouble’ and ‘Got My Love’ for example.

How do you think you’ve grown as artists and as a label since you guys first started out?

I think we learnt early on to just ‘do us’… we’ve tried to avoid being pigeon-holed and making music to please the masses, we just create music that we LOVE and hopefully someone else out their feels the same way. We’ve never taken ourselves to seriously… we couldn’t be ‘cool’ or ‘hip’ if we tried. Instead we just have fun and are thankful to have the opportunities that have come our way.

What else have you got coming up on the label you can tell us about?

At the moment we are exploring what comes next, in addition to ‘Love Puss’ we just released ‘That Disco Track!’ from CJ Cooper which has been very well received.

For me personally it has to be Kim English with Mood II Swing on ‘Learn 2 Love’… it got me through some very tough times and it’s a record I’ll be paying till the end of days for sure.

Who else is kicking it musically at the moment?

Well I gotta say that Christian B has used lockdown very wisely and has a boatload of great music out there right now on various labels – I have really enjoyed hearing his latest creations and always enjoy giving him feedback.

What’s next for Lewis Daniels?

Slow, but steady – I take a very relaxed view on it these days, I will make music in my own time, for me mainly. Plenty of new projects in the early stages, so I hope for more material to surface later in 2021