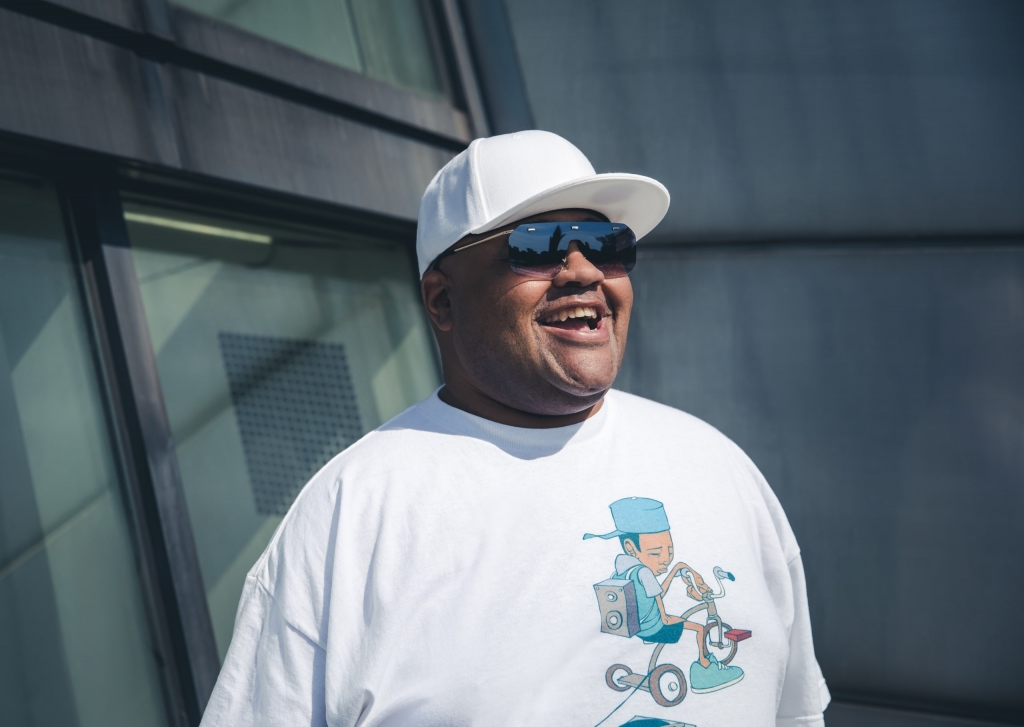 Hot off the release of his latest release ‘Say So EP,’ the Berlin-based house producer and DJ Kevin Knapp shows no signs of slowing down. With the recent launch of his own imprint entitled Plump Records after a slew of successful releases on some of house music’s top labels, Knapp is becoming known as a force-to-be-reckoned with, behind both the DJ and production booths.

Following on from ‘Baby Don’t Stop’ and ‘Plump Sounds’, ‘Say So’ marks Kevin’s third EP release on Plump, a label with an underlying aim of being fat positive, sex-positive, queer-positive, feminist and anti-racist, while also focusing on centering underrepresented and marginalized voices. Plump is a label with a cause. The most recent release on the label was “Hutchtastic,” an EP from Kevin’s partner Hutch, with whom he co-runs Plump.

A three-track release, “Say So” opens with the bumping house vibes of the title track, a bristling cut characterized by chopped-up vocals and a fat bassline. Next up, “RPS” then jacks the party up a notch, pairing razor-sharp hi-hats with slinky drums to deliver a rugged, robust club jam. Closing things out is the raw-but-soulful “Pay Off” a dancefloor bomb laced with groove and cosmic energy.

Born in the United States but now based in Berlin, Kevin Knapp is a club scene mainstay who has been making music for more than a decade, releasing on the likes of Hot Creations, Crosstown Rebels and Toolroom, and collaborating with Carl Cox, Shiba San, Hannah Wants, Audiojack and many more.

Comprised of three slick club jams, ‘Say So EP’ is Kevin Knapp at his bold, dancefloor-focused best. We caught up with Kevin to discuss his creative process, recent string of successes, as well as his positive and negative experiences as an artist.

For Kevin Knapp, self-discipline is key when it comes to turning dreams into a reality

Thank you for taking the time to chat with 6AM to dive deeper into ArtistMap, a program dedicated to supporting artists on their journey to go pro. From when you first started as an artist to now, what type of self-discipline has helped shape your mindset as you grow in your career?

Great to be chatting with ya!  This is dope and insightful question that I’ve actually not been asked before. I guess I would say that my career has grown as my commitment to it has grown, and that commitment for me is often demonstrated in the exercise of self-discipline.  I just feel like the more you want this, the more you have to give it and in order to give it your best, it takes more and more focus on the process and less on the party. The party is dope, and it’ll be there for ya whenever you want it, but executing your vision at some point becomes more important. Don’t get me wrong, the party serves a purpose early in your career, all those times spent at after-hours end up manifesting into potential collaborators and more importantly friendships later… but at some point that takes you as far as you can go in my opinion, and it’s time to focus up.

Tell us a little bit about yourself. What first got you into music and who have been some of your musical influences?

I used to dance with my childhood homie Baby Luck for what we thought was our parents’ entertainment when they were a few too many cocktails in at northern California dinner parties.  I guess that means you could say it’s always been in my [blood]. My biological dad was a jazz flutist and my brother was in indie/hardcore bands growing up. In high school I sang competitively, classically as a tenor and the penchant for vocalism never left. My musical influences are vast, from John Coltraine to Koze, from Mobb Deep to Jamie Jones, Pawsa, & Kings of Convenience. I genuinely pull influence from everything I hear.

Is there a specific moment that made you realize you wanted to pursue music full-time?

I’ve always believed in the adage “Jack of All Trades, Master of None.” I often tell the story of working as a staff lawyer by day while DJing at night in my late 20s and early 30s. At one point I just had to choose one or I was never going to truly excel at either one. I’m just better at this than I ever was at the law stuff. Full Stop.

“I always tell people that this career is really interesting and often frustrating because there are no real prescribed paths to success.  For me, and I’ve heard Seth say this too, it’s good to think about how you can contribute to the scene first.”

What value do you bring to others? Kevin Knapp says it can’t just be all take and no give.

You’ve achieved success with releases on popular house labels such as Hot Creations, Hottrax, Dirtybird, Desert Hearts, and more. What advice do you have to give to producers just starting out about how to get themselves noticed by the “major” players?

I always tell people that this career is really interesting and often frustrating because there are no real prescribed paths to success.  For me, and I’ve heard Seth say this too, it’s good to think about how you can contribute to the scene first.  And then, once you’ve figured out, you can start to think about asking folks for their time and to consider your music for their labels.  The other thing is that there are people on every one one of those labels that i consider to be friends.  So I ended up on those labels in part as a byproduct of community.  So i think being an organic part of the community is always helpful.

You recently launched your own record label – Plump Records. What was the driving decision behind that for you?

My partner Hutchtastic and I believe strongly in the roots of dance music. We saw a hole in the industry regarding marginalized communities and voices and decided to do our best to help showcase some of them. It’s early, but it’s been an absolute pleasure to work on thus far.

You’re also celebrating an EP’s release that mirrors your label’s values of championing positivity on all fronts: fat positive, sex-positive, queer-positive, feminist and anti-racist with a focus on centering underrepresented and marginalized voices. How do you aim to evoke this in your music and label’s releases?

Plump is centered around promoting folks that embody the subgroups you articulate above. The music we curate is actually a bit more eclectic than one sound but the tie that binds is the intersectionality of the producers the music comes from.  We intend to release music from allies as well of course but really want to give voice to those not currently in the driver seat of the dance music aesthetic. The tunes we releases will always literally be, Plump, in some form or fashion.

How does social media factor into your creative workflow these days?

It consumes it haha.

You’re known as both an excellent DJ and producer, but DJing and producing are two different beasts. Is there one you enjoy more than the other and if so, why?

What’s one thing you’ve most struggled with as an artist, and what’s helped you manage that challenge?

Saying no to things. As I’ve mentioned before the industry is filled with friends and also folks that it’s good to have in your corner. I can be a people pleaser, and all of that makes it hard to say no to certain shows, or certain collaborations etc…  Just because you want to be helpful and nice. But I am learning the importance of being able to say no to things these days. Also, that’s what management is for haha.

The world is slowly coming back! I’m excited to be returning to Dirtybird Campout this fall. I’m also excited about the string of releases I’m about to enjoy. With records forthcoming on Plump, Snatch!, Repopulate Mars, Cutting Heads, Crosstown Rebels it seems like the summer is gonna be bomb.