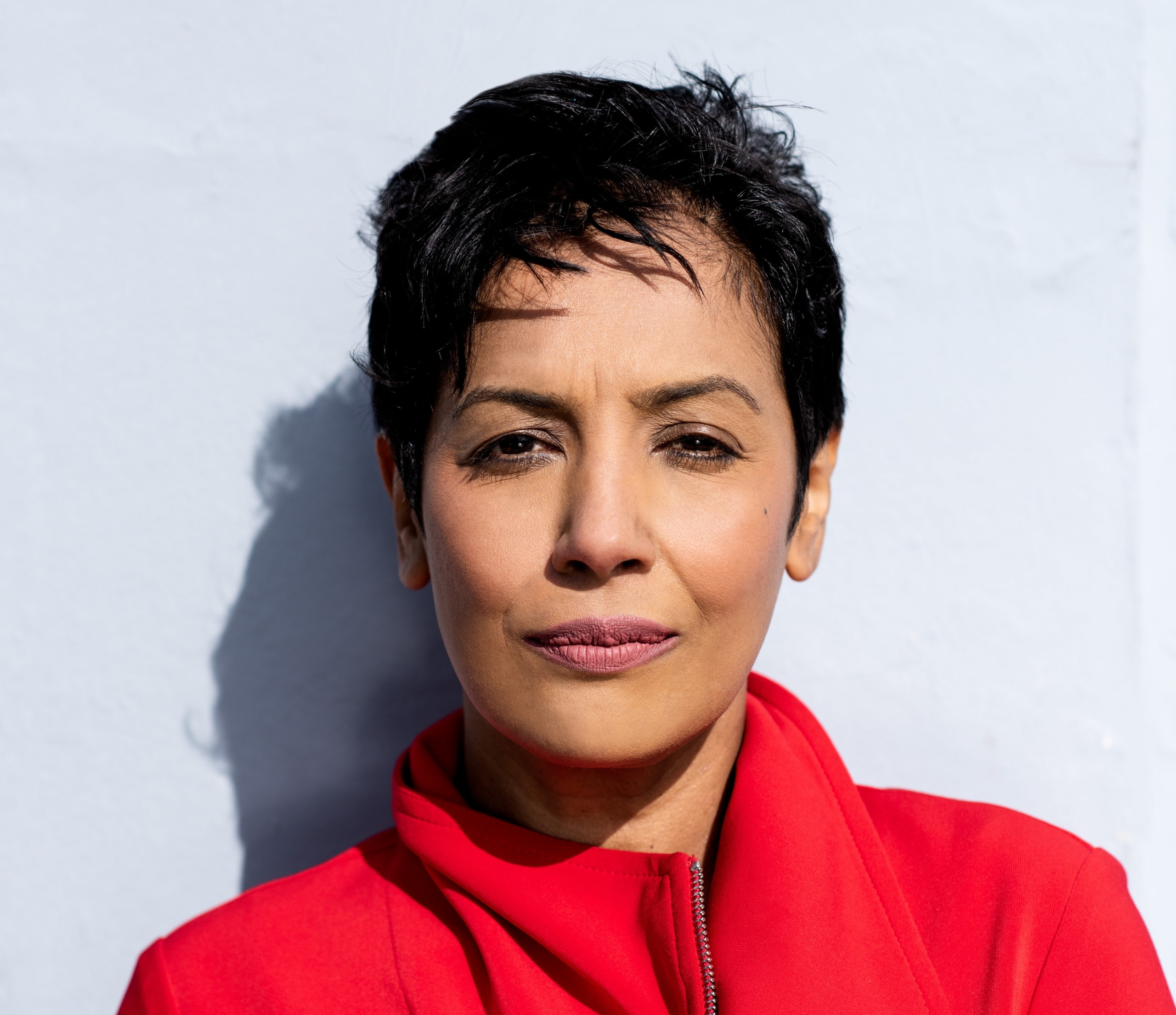 With a music career spanning two decades, singer/songwriter Kavita continues to wow us with her distinctive soulful tones. As she drops her new collaboration with Daz-I-Kue (Bugz In The Attic / BB Boogie), ‘Deluxe Goddess’, a song dedicated to women for International Women’s Day, 6AM Digs Deeper..

Hi Kavita, it’s a pleasure to chat with you today, how is 2021 treating you so far?

Great to speak to you as well and thanks for connecting! It’s been a creative and productive 2021 so far. On the flipside, it’s a little lonely, but I guess that’s a lot of us right now. Let’s hope the spring/summer will be the start of our lives returning to some normalcy.

Please tell us a bit about where you’re from and what first turned you on to singing and songwriting?

Most people know my hometown, Vancouver for its natural beauty, uber lifestyle and food culture and maybe insane house prices. I’ve been based in London now for 20 years, so when I visit, I tend to stick to my low-key haunts. Like most ex-pats, I feel the version of the city I left doesn’t exist anymore. Singing has been an intrinsic part of me, as all my family are either singers or musicians. My first gig was at 5, with my mom. I have been doing this for a very long time! Becoming a songwriter, well, my name in Hindi means poetry, so becoming a songwriter was inevitable. I started writing around the age of 13 as a way to make sense of my teenage angst, LOL! As time went on, it just became a channel of expression and part of my personality.

A celebration of Soul, Funk and Disco.

Who did you listen to growing up and do they influence your songs at all today?

Growing up in a multicultural part of town, I have been shaped by artists across the globe. My core influences are soulful music in any tradition, from Marlena Shaw, Cameron de Isla to Caron Wheeler and beyond. But if I go back far enough, it all started for me with the Jackson 5.

How do you typically go about writing a new song and what inspires you?

The writing process begins for me, when I am moved by an experience or situation in some way. The first draft is usually a stream of consciousness and largely unusable, but the vibe is established. Once I’m happy with the words and melody lines, I send it to my co-writer for their thoughts. I’m all about collaboration, as it brings out the best in me.

Tell us about your brilliant new single ‘Goddess Deluxe’ with Daz-I-Kue (aka BB Boogie) and what we can expect to hear?

You can expect a full-on funk/disco tune, dedicated to the World’s everyday goddesses. It’s always a blast working with Daz and this fabulous energy is reflected in the song. Goddess Deluxe is a celebration of trailblazing mothers, grandmothers, aunts, artists, poets, and activists. It’s a shout out to their often-forgotten achievements, sacrifice, and determination to create positive change in the world.

Have you always been a fan of Disco?

Yep, I heard Chic and Donna Summer the first time around as a kid and was hooked. As much as loving the sound, identifying with the genre, was a form of defiance for me. Vancouver then and now is largely a “rock town”, and like a lot of North American cities back in the day, had its own Disco sucks movement. I clearly paid no attention to this foolishness!

Aside of the single release, what will you be doing to celebrate International Women’s Day this year?

Virtually connecting with my Mom, then virtual drinks with my sisterhood. It’s important to highlight that as much as IWD is a celebration of how far woman have come, it is also a day to highlight how much still needs to be done. There are so many parts of the world in 2021, that still deny women their basic human rights of freedom, independence and safety. We must continue to push until basic human rights are a reality for all.

You’ve worked with the likes of Daz-I-Kue, Bettina Costanzo, Nitin Sawhney, Shri, Kuljit Bhamra and T-Roy, to name a few, what’s your own personal favourite release and who would you most like to work with in the future?

Ooh, that’s a tough question! Each release has marked a particular point in my life, so I have a soft spot for them all. However, ‘Superficial’, a track I co-wrote with Bettina and Daz is my personal favourite. It still has that je ne sais quoi.

As a woman who has worked in the music industry for 2 decades, how does equality compare today to when you first started out and what needs to change for the better now?

I would love to say that I have seen structural changes in the music industry for the better, but these are yet to happen. There is the illusion that women have more control now than 20 years ago, but the fundamentals are the same. The industry needs its MeToo movement, to redress the power balance. Time will tell if this actually happens.

My biggest triumph has been being able to carve out a niche on my own terms. It has its ups and downs, but I sleep better at night. My biggest learning curve has to be, not caring so much about what other people think and conforming to their expectations.

What tips have you got for upcoming singers looking to break on to the scene?

1. Explore and remain open to working with people from across the musical spectrum. You never know, where you’ll find your tribe(s).
2. Reset when you need to and there are many paths to success. This is my personal motto.

‘Most Precious Love’ by Blaze feat. Barbara Tucker. This track literally helped me get through a pretty tough period in my life. Everytime I listen to it, it feels like I’ve gone to church.

Stay tuned for a B.B Boogie and Kavita album coming out later on in the year!