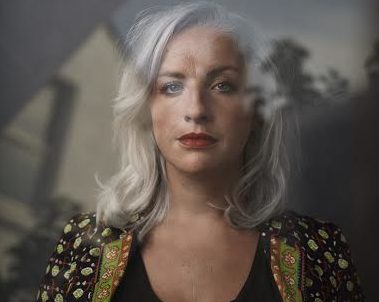 Since bursting on to the scene with her debut album Skyline a couple of years ago, Izo FitzRoy’s unique voice and soul-drenched songs have been causing a storm in the soul, blues and dance music community.

As she teams up with the legendary Dimitri From Paris on one of the biggest Disco records for Summer 2019, 6AM grabs a chat with the powerful songstress…

Hi Izo, it’s a pleasure to chat with you today, how is 2019 treating you so far?

Good to talk with you too. 2019 has been great so far. A lot of working behind the scenes to get ready for the release of the new album.

So far this year I’ve been on a couple of European tours, and I’ve been writing as much as possible, so ideally I’d like to have album 3 in the pipeline when ‘How The Mighty Fall’ is released. I’m really looking forward to releasing the next few singles. I’m really proud of these songs.

Growing up in London, who were your musical influences and did they have an impact on your sound today?

Even though I grew up in London, I’ve mostly been inspired by a lot of US artists. Specifically soul singers who grew up in church, surrounded by gospel: Al Green, Mavis Staples, Aretha. They 100% still inspire me today.

What first turned you on to singing and songwriting?

I’ve always loved singing since I was very young but it wasn’t until I was into my early 20s that I started singing professionally, and that was mostly due to singing in Soul Sanctuary Gospel choir. Honing my skills surrounded by extremely talented musicians and singers. I started writing comedy songs initially when I was at university but became a lot more serious about it when I moved to New Orleans back in 2014.

How do you typically go about writing a new song and what inspires you?

I’m always writing down lyric ideas, they seem to come pretty easy for me luckily. I then start with a hooky chorus and make sure it’s something that sticks in my head, and that’s my launch pad for the rest of the song. It usually takes me a few days to rewrite it until I’m happy with it.

Tell us about your new single ‘I Want Magic’ with Dimitri from Paris and what we can expect to hear?

‘I Want Magic’ I would like to think is a disco banger! It’s a song about trying to rejuvenate a failing relationship.

This is quite a departure from your usual bluesy style, have you always been a fan of Disco?

I absolutely love disco. I grew up on ‘Got to give it up’ by Marvin Gaye, and was obsessed with Michael Jackson for a lot of my teenage years so it felt like a natural progression for me.

How did the collaboration with Dimitri come about and will you be working together again in the future?

Once I’d written ‘I Want Magic’, Dimitri was the best person I could think of to produce the track. He is absolutely phenomenal, along with Cotonete, at creating authentic 70s disco.

I’ve been really lucky to collaborate with a lot of amazing people with this next project. Perhaps someone like Dangermouse would be incredible to work with. His new stuff with Karen O is incredible.

What are your top 5 Disco tracks?

You’re releasing your 2nd album ‘How The Mighty Fall’ this year, what can you tell us about it and how does it differ from your Skyline album?

I was listening to a lot of Yacht Rock and disco when I was writing How The Mighty Fall. It primarily explores the downfall of a couple over the course of two years. The album is essentially a Country Soul album. I was really inspired listening to Country gospel albums last year: Mavis Staples with Jeff Tweedy, Michael Kiwanuka’s Love and Hate, PJ Morton’s Gumbo, so the album has a lot of gospel, soul and blues embedded. Lots of slow country songs inspired by The Band, but with some more hip hop, disco flavours, influences ranging from Wutang Clan to Gil Scott Heron and David Axelrod.

I have a ballad called ‘Give Me A Moment’ which I really love. Not only does it tug at my heartstrings when I play it, but it has a sweet ‘Wholy Holy’ feel with some Burt Bacharach shoved in there too.

You’ve toured a lot around the world, what have been your most memorable gigs and where are you most looking forward to performing in the near future?

I would love to tour the States next. That would be incredible. My most memorable gig was playing at Divan Du Monde in Paris to the most exciting and enthusiast audience. We played for 100minutes and let rip the most emotionally rousing gig we could. It was a gig where I think, as a band, we felt most connected to the audience.

What’s the one thing you can’t live without on tour?

I always need my Marmite, I’d be lost without it!

What has been your biggest learning curve so far?

To trust in the process, even when it feels like it’s taking forever. It’s taken a while to get this album off the ground but I’m really happy with it, whatever the outcome.

What tips have you got for upcoming singers looking to break on to the scene?

Keep honing your craft. Find a smaller scene to get in with. Having a like-minded community makes all the difference.

What’s next for Izo FitzRoy?