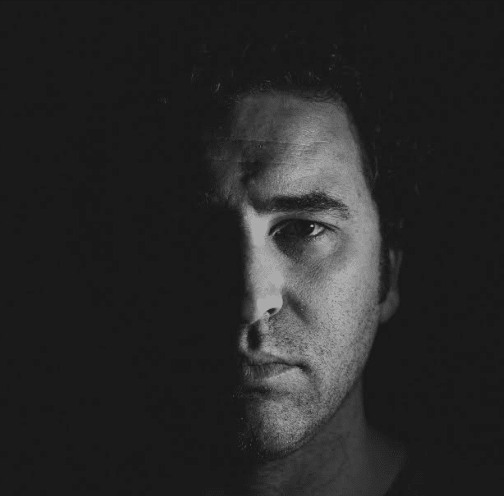 Having released numerous singles on DJ Spen’s Quantize and Unquantize labels previously, Australian producer H.I.M.W.O.L. gets set to unleash his brilliant self titled debut album with the camp, now available on Traxsource.

House Is My Way of Life is a whopping 17 track album jam-packed with new releases alongside some of his chart-topping tracks, showcasing his versatility as he joins the musical dots between soulful, Jackin’ and Deep House. The album sampler features 5 cherry picked gems, kicking off the party with a catchy soulful outing, ‘He’s My Baby’, featuring the brassy vocals of songbird Raye Cole, which also comes with a tasty remix from Spen & Thommy Davis. ‘Keys’ is a lush Deep House cut, teased with heartfelt sweeping stings and emotive piano melodies; ‘Off Beat’ comes loaded with a quirky urban house groove that’s beautifully drizzled with a sensual vocal; and ‘I Need You’ is a classy slab of feel good piano house, loaded with a hot vocal hook. H.I.M.W.O.L.’s productions vary in style boasting beautifully penned vocal melodies to innovative rhythmic compositions all aimed squarely bat the dance floor.

H.I.M.W.O.L hails from Australia where he was exposed to music from a young age and was influenced by various artists such as Marvin Gaye, Stevie Wonder, Michael Jackson, Earth Wind & Fire, Cymande, Miles Davis, Danny J Lewis, Frankie Knuckles, Jamie Lewis and Masters at Work, to name a few. His musical journey started with playing piano at the tender age of 5, which is still one of his first choice instruments when producing new music. Having honed his craft as a DJ and dabbling with production in the ’90s, 2009 was the year H.I.M.W.O.L started to take his music production to another level, meticulously manipulating beats and samples until he was satisfied with the distinguished and unique sound he has today. To date he has had much success with numerous releases on prestigious labels such as Quantize Recordings, Peppermint Jam, King Street Sounds and Defected Records.

We dig deeper with H.I.M.W.O.L. in our latest exclusive interview.

I’m well thanks for asking. Great to chat with you.

I’m from Australia I grew up in the town of Mildura, Victoria. I’ve always been fascinated and tinkered around with computers from a young age. I got into house music in the mid-’90s and by 2000 purchased my first pair of CDJ’s and started djing at house parties before moving into the local club scene. 2009 was when I got into production which is where ultimately where I wanted to be.

H.I.M.W.O.L. is an unusual name, how did you choose it and what does it mean?

I remember hearing the lyric in a house track “House Is My Way Of Life” and it kind of just stuck with me. Then when I finally made a track, I abbreviated it as it resonated with me.

Did you play instruments from a young age or something you picked up on later?

When I was 5 my mum made our family play piano, back then I couldn’t read music so I had to learn by ear.  As I got older I was playing a lot of classical pieces, but I gave it up by the age of 11.

Stevie Wonder, his songs are so catchy and I’ve always seen him as such an inspiring figure.

I remember a friend of mine lent me some “Ministry of Sound” cd’s in 95. All the tracks I heard blew my mind. I was just so different from what I was listening to. My addiction grew and it didn’t stop. My interests were vast across all genres of house and the likes of MAW, Roger Sanchez, David Morales, Carl Cox to name a few really inspired me to want to produce my own music.

I have played with some other genres such as Downtempo and Tribal, but only on some unreleased remixes.

Congratulations on delivering your very first album! What can you tell us about the release?

Its a mix of my releases over the years, ranging from club, soulful, vocal melodies and jackin’ vibes. I think listeners will feel the emotion that I had when I produced each track, I included my remix of “Drop Out Orchestra – “I Got It” which is my most successful remix to date.

Who else features on the album and what did they bring to the table?

Devon Howard, Angela Librandi, and Raye Cole all bring some great vocal talent which all elevate my tracks to a new level.

How long did it take to write and what challenges did you have to overcome in the writing process?

The LP is my body of work from 2013 to 2018.  The most challenging part would have been getting the album all together and finalised. Dj Spen was a big help in getting it organized and mastered.

This is one of many of your releases on DJ Spen’s label’s, how did you link up with him and how supportive has he been with the projects?

In 2012 a close friend of mine Phillip sent him a demo to Thommy Davis. I was never confident enough to send any of my work to anyone else apart from my friends. Thommy responded that he loved it, the rest is history.  Both Thommy and Spen have supported my tracks, allowing me to do me. About a year ago Spen asked if I could do an LP for the Unquantize label, this gave me more drive to finish some new tracks. Thommy and Spen did the remix “He’s My Baby” for the LP, and also gave me feedback on tracks when mastering them.

Out of all your own productions and remixes which is your own personal favorite?

Personal favorite would be “Keys” as it has a sentimental value to me.  My close second would be “Love Come In’ as Defected Records used it for “Defected Ibiza 2017”.

How’s your 2018 been and what have been your highlights?

My 2018 has been big, the album took most of my production time and is the biggest highlight for my career.

Recently, Kerri Chandler in Melbourne. I haven’t seen him before and I loved every second of his set.

Who else is kicking it musically on the Australian House scene right now that we should be looking out for?

Rufus Du Sol, and Sonny Fodera both are killing it home and abroad.

A personal goal for me would be to collaborate with someone or make some remix work. Near future, I have some fresh tracks in the pipeline so another single or two first half of next year.

When I was 15 friends used to come around and we would sneak alcohol from my dad’s bar. Nobody knew, I guess we had too much for anybody to notice.

H.I.M.W.O.L. ‘House Is My Way of Life’ Album is out now on Unquantize