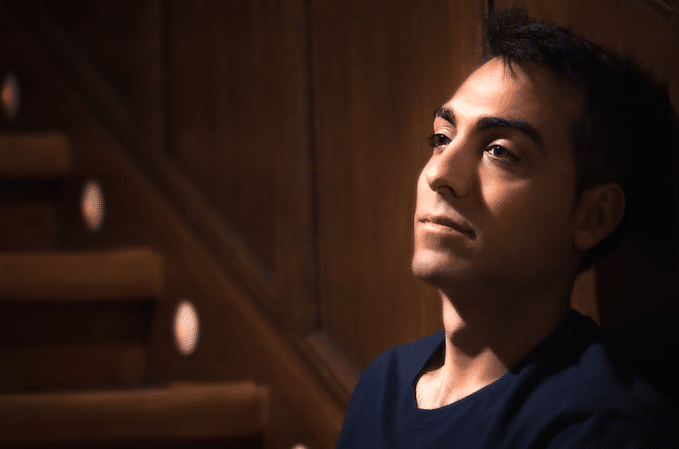 GRAZZE started his musical career as a DJ at the aged of 14, after having studied music theory and piano. With a degree in sound engineering, GRAZZE specializes in areas such as production, mixing, mastering or guitar and percussion in music área as well. With regards to his skills as a music producer, he is working with major labels like Universal, Sirup Music, Baroque or Tiger Rec., having caused a high impact and has even entered the top 10 in well-known music lists like iTunes, DJ Mag and Beatport, where he has attained Top 1 with his song “Blow your mind” receiving support from important media like 40 Principales (The most important Radio Station in Spain).

Since 2012 he is working in sound production and technique in broadcasting companies such as KISS FM, Hit FM or Unika FM (Spanish Radio Stations), being an official DJ of several radio shows like “Don’t Stop DJ” (Hit FM) taking part in 4EVERY1 Festival 2015, “U Rockz Radio Show” (Unika FM), nominated “Best Radio Show” in Vicious Music Awards 2016 by Vicious Magazine and his new radio show 2017/2018 “Sounds of GRAZZE ” at LOCA FM where he also works as a House Channel Manager (+100.000 listeners per month).

He’s currently working on his own artistic projects besides other national and international recognized artist and major labels. It is with all this in mind that we decided to catch up with GRAZZE to dig deeper into everything going on in his busy life.

Thank you for the chat mate, it’s nice to meet you! How was the summer for you?

The pleasure is mine! Thanks for your interest in my music. Summer was very productive. I worked on new tracks in the studio and finished some collaborations with Robert Burian (Enormous Tunes), Davide Randazzo (Parquet Recordings) and other artists, to be released in the upcoming months. I worked on the promotion of my E.P. Atlantic Solstice (Tiger Records) too, the next release on Armada and more.

You have some big release coming up, can you leak any info about them?

Yes! I’m wishing to release a new song on Armada Music / Armada Electronic Elements. We will release it in October or November and it will be my debut on this major label.

The song is called ¨Cat & Mouse¨. It’s a new emotional track with deep vocals and ethnic drums. I can’t wait to share it with all of you.

We are preparing a remix with a huge artist too, so I’m really motivated with this new project.

I take it you have you been spending a lot of time in the studio this year?

I’ve been living in the studio all this year (laughs).

Yes, 2018 is being a ¨studio year¨ because I’m focused on increasing my music quality. I’m working really hard and we will see the results in the next months.

By the way, we know you’re a sound engineer and have an impressive professional studio. Can you walk/talk us through it and tell us what we can find in there?

For sure! I usually work on 2 studios. The first one is my home studio where I have all production components like my guitars, drum set, drum machines, microphones and other instruments like Kalimba, shakers, etc. I work most part of my time there.

The big one is used for vocal recordings, mastering and mixing. We have a big processors rack for mastering with compressors, exciters, eq, etc. It’s based in Madrid and is called We Are Sound Studios, where my partner Edgar VM and myself work for our own projects and some other artists too.

Is there a piece of hardware you hope to own one day?

I would love to have some amazing hardware like ‘Shadow Hills’ for mastering or a Solid State for mixing, I wish… some day… (laughs)

Other than producing and releasing your own music, what other kind of work do you do in the studio?

As I told you, we usually work on some projects under www.wearesoundstudios.com to other international and national artists. We normally work on complete original tracks, remixes, E.P, or on individual processes like mastering, mix or arrangements.

You’ve released on some fantastic labels in your career. What’s your process in deciding which labels to release your tracks with?

I study the music style, work and reach of some labels and then I choose which ones are interesting for my work strategy. The second part is to be interesting to the label so I try to work hard to get a high quality sound and get more opportunities to be released with big labels.

Did you get to watch any of the World Cup this summer? What did you think?

Yes! I think it was crazy although I was sure about Spain or France would be the winners. I hope that the Spanish team get better luck for the next Eurocup! (laughs)

Are you into any other sports?

Yes, I like to practice martial arts since I was child. I’m practicing Sanda at this moment although summer was a break (laughs)

What else do you get into outside of the studio?

I love to escape into nature, calm places and spend time with my family and friends.

Any other exciting projects you’re working on to close out the year and move into 2019?

Yes! My team and I are preparing new projects, collaborations with other artists and new releases that we will announce in the next months.