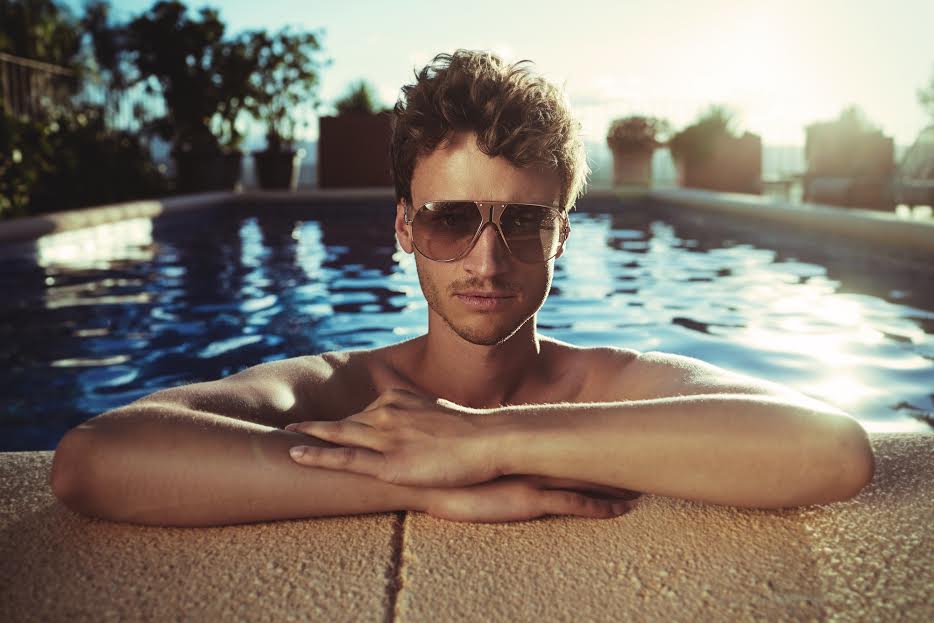 Nils Laga, aka Freiboitar, is a classically trained pianist, DJ and producer haling from Cologne has been tearing things up on the House Scene.

Influenced by Disco, Funk and big House music beats, his groovy sounds, which journey between a colourful spectrum of Soulful, Nu Disco to Deep and Tech house have been supported dance music heavyweights.

As he teams up with South Africa’s Jackie Queens on their ace new single ‘All Life Long’, 6AM grabs a chat and Digs Deeper with the groovemeister…

Hi Freiboitar, it’s a pleasure to chat with you today, how is your summer been this year?

First of all, thanks for having me. I had a good summer. It feels hotter every year and so the summer in Germany was also incredibly hot again. But that means, you spend a lot of time in the sun, in the park, at the lake and at the barbecue and therefore less time in the studio. But I always see the summer as a convenient creative break.

I’ve been playing the piano since I was six years old. When I was 14, my older brother needed support in his indie/rock/punk band on the synthesizers. Basically I had no choice, I just became part of a cool band. I always had a knack for collecting and sorting music. And one day a friend called me: Nils, the DJ for our school party just cancelled and I know you have a huge collection of music, could you be the DJ tonight? I had absolutely no idea what a DJ does, I just had a desktop PC, Winamp and this huge music collection. But I knew one thing: I’m super keen on playing my music tonight! That evening there was actually another DJ at the location (it was a super small old train station), who then explained a DJ mixer to me shaking his head and showed me what a DJ actually does. I was so fascinated by the technology and the possibilities. And now I have been on the road as a DJ for over 12 years.

I grew up with a lot of Punk Rock, Glam Rock and Hip Hop. My older brother is almost 9 years older than me and he has always had a strong connection to music. So of course I thought everything he listened to was cool. Especially all the old hip hop things had a big influence on me. Since I found the Soul & Funk samples crazy, which these acts found and used at that time. And somehow I got stuck on it. I still love digging old soul and funk records and building new tracks out of them.

What’s been your biggest release so far?

That’s hard to say. There are of course songs that have had a more commercial success than others and there are songs that are important to me personally but have not been so commercially successful. So if the question is “what was my biggest release” I would say “Nobody Dance” on the label “No Brainer Records”. The song still has a wide reach on Spotify and even made it to the Claptone compilation he put together for Defected.

You’ve just released your new single with ‘All Life Long’ Jackie Queens, please tell us a little about the release and how it sounds?

I was on a deep search for soul and funk records again and suddenly this insane song jumped out at me. It is a great song from the 70’s by Carol King called ’It’s Too Late’, and I started to replay the piano. I added a beat and a bassline and immediately thought to myself. “wow, the loop you have here sounds really amazing.” To go with it I just needed a great voice that sounded soulful with a lot of power and this is where Jackie came in and delivered a brilliant song.

What made you choose that to work with, is it a particular old favourite of yours?

I think it was the piano that captivated me most of all. I mean, I grew up with the piano and I consequently have a fable for pianos. And seriously, the chord progression is just amazing and directly spreads a positive warm feeling.

How did you link up with Jackie Queens and will you be working together again it the future?

The idea with Jackie Queen came to me through my buddy Matt King. He is deeply rooted in the music business and knows a lot of talented people. We haven’t planned another song together yet, but what isn’t can still happen.

You’re quite eclectic with your productions, crossing everything from Tech House to Deep and Disco, is it fair to say you like to experiment and don’t really have a specific sound?

I think this is because of my artist name. Freiboitar in English is just “Freebooter”. A pirate doesn’t have to stick to self-imposed rules and boundaries, you do what you want. The most important thing is that the party is good and the people are moving!

You’ve released on labels such as Bunny Tiger, Glasgow Underground, Midnight Riot, Exploited, Mother Recordings, No Brainer Records, CR2, King Street, Nervous, Katermukke and Incroyable, to name a few. What’s your own personal favourite production or remix and why?

That, of course, is a difficult question. Especially because many releases have been collected over the years and after every release you have the feeling that the new track sounds a bit better than the songs before. One of my favorites is definitely “I Need Your Love”. Most likely because of the piano and the chord progression.

Usually it all starts with a sample or a loop. When I find a new record and import it into Ableton, I get really excited about how the loop sounds, filtered or with a beat. So I notice very fast if it’s worth working on the loop or if it will disappear into the infinite depths of my hard drive.

My own studio is very little equipped. I have here a midi keaybord, Adam monitors, an APC and the Native Instruments machine. My brother has a whole fleet of vintage synthesizers. When I need something, I just go to the next door and play on the Instruments.

You’re based in Cologne, how is the scene there right now and where can we catch you playing?

The scene in Cologne has become really huge and very diverse, but there is no real house scene here. People love Melodic Deep Techno. At least that’s what they like to play in the big clubs. But I don’t want to complain, there is a big range of music here and the musicians are also networked far beyond their genres.

One of my funniest gigs was in Paris when Claptone invited me to his party series “The Masquerade”. The people in Paris definitely know how to party! The club was full from the beginning and there was a lot of energy, they just wanted to start dancing. Also the 3000 Grad festival here in Germany was an amazing experience.

I’m working on so many new songs and I already have a range of songs ready. Often the problem is that I used a sample that can’t be clarified after all. In any case you should keep your ears open, there will be a lot more in the future, which of course will go beyond genres again.