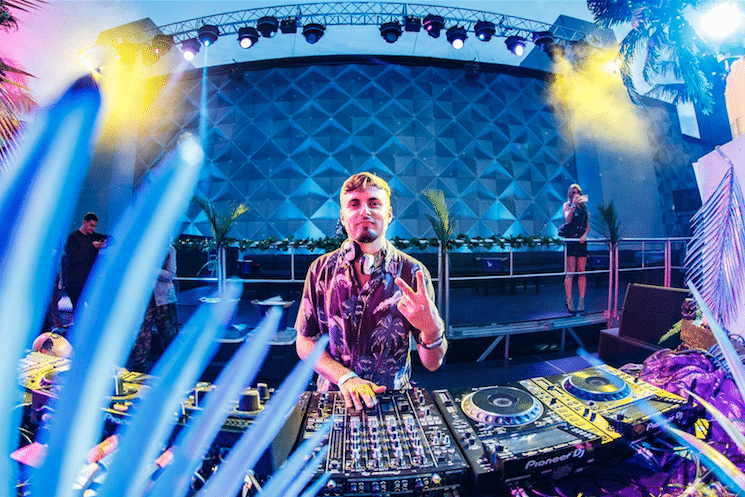 Eskuche is an artist who’s certainly emerged as an act to watch on the American house front.

He cut his teeth for years in the New York underground, breaking into the scene with brute force alongside his former collaborator Nu Sky and a signing on Lee Foss’ then-nascent imprint, Repopulate Mars. Since then, he’s made the bold choice to focus on his solo work, working tirelessly in the studio to perfect his craft and landing heavy support from Jamie Jones in the process, with a signing on Hot Creations and a performance at New York’s Paradise party at the end of September. The artist had just wrapped up his third season living in Ibiza prior to then, where his skills got him recognized by the Ibiza Talents crew and a subsequent residency at their outdoor parties at El Patio.

We sat with Eskuche following his debut Robot Love EP on Desert Hearts Recordings, the label branch of the exploding boutique festival brand of the same name from the West Coast. He fashioned a refined three-tracker for the label, bringing a different favor of tech house into the mix. We picked Eskuche’s brain on his relationship with Desert Hearts, his current goings-on, finding his way artistically, and more.

Hi Eskuche, thanks for taking the time to talk to us! You’re just coming off another season spent in Ibiza, can you tell us a bit more about what you were up to there and some highlights?

I’ve played few gigs here, Ibiza Talents in EL Patio was pretty cool as well as my Repopulate Mars radio show at Ibiza Global Radio. Summer in Ibiza is amazing for inspiration and meeting people from the industry.

What inspired you to begin coming to Ibiza during the summer season?

I was inspired with vibe of the island first time I got here in 2013, was impressed that all this parties and clubs being open for decades and it really feels like home of dance music. I decided to do my first season in 2016 and was really happy to live here. Every night you can go and meet so many people and never know what surprises island has for you. And besides parties it’s a beautiful island. The nature and lifestyle here is amazing. Food is also great.

Do you feel being on the island puts you in a better space to produce music and DJ? How has living out there enhanced your career in general?

If you have balance with time is great for producing, last season I did lots of tracks here including Activator and Robot Love. It’s definitely a great place to be for a DJ and good for networking.

What are some of your highlights over the past year?

For sure is signing Activator EP with Hot Creations and playing my first Paradise. Elrow in NYC was amazing gig, mad party. Also playing at Hyte stage at Electric Zoo festival!

Let’s get into your roots. What got you into dance music, specifically house and tech? Describe to us your journey thus far.

I first got into electronic I think when I was around 16 and lived in Russia it was more breakbeat and jungle and later trance and a bit of electro. In that age I was started trying to do my first tracks in Acid and Reason. But proper introduction to tech was when I moved to NYC in 2010. Pacha NYC became like a school for me, parties there were crazy. I became really addicted to the groove and got really deep into production and started Eskuche. Marco Carola inspired me a lot around 2012 with his minimal and tech. I remember when he played my track “Into it” in 2013, I was going crazy, it was a first big support for me.

You recently got to play one of Jamie Jones’ Paradise shows in your native New York, and you’ve also got some Hot Creations releases under your belt. How did you come to know and work with Jamie?

I met Jamie first time I think in Moscow in 2014 at a Hot Creations party. My friend Russ Yallop introduced me to him. He played “Acid Jump” that night and it was really cool moment for me. Then we signed a first EP onto Hot Creations.

In general, who are some of your DJ role models and why?

I think it’s Jamie Jones; he is such a great and humble guy, fully into the music. I respect that a lot!

Now you’re making your debut on California’s Desert Hearts label. Tell us a bit about your relationship with this brand and the Desert Hearts crew! Have you made it out to the festival yet?

I met Mikey Lion first time in NYC in 2017 at they party in Brooklyn, that was a great night. He told me that he liked my sound, so I sent him tunes right away and we signed Robot Love EP.
Desert Hearts ia doing great events all over the states and their festival in California is the best.

Can you tell us a bit about your process of creating your ‘Robot Love’ EP? What tools did you use in writing the song, and what were your inspirations?

I found Frank Sinatra vocal “love with the robot” and was really excited to use it, so i did a funky groove using a bit or Tr8 and one shots and added some trippy synths. Really like how this track turned out — always a great reaction from people when I play it.

Having focused on your solo work as of late, what have been some challenges you’ve overcome and lessons you’ve learned?

It just came out naturally for me to come back to my solo project. I felt that I like mostly to work myself in the studio and finish own ideas. Working on collaborations can be good and inspiring, but sometimes challenging if you have different opinions which way to go.

You’ve certainly been picking up in the touring realm, traveling to Eastern Europe this year even. Where are some of your favorite spots to play?

I really like to play in UK, people there are crazy ravers. Ministry of sound I liked a lot. Also I’m fan of South and Central America, my last winter in Ecuador was great, as well as Guatemala. Playing at afterparty in an empty pool in Antigua was amazing. I was impressed at how many European people are living and partying in Antigua. I like Schimanski room in NYC, and of course, The Brooklyn Mirage.

I couldn’t reveal everything just yet. As always I’m working a lot on new music and excited for releases and gigs in 2019. My release on Darius Syrrossian new label Moxy will be released this winter, its coming also on vinyl. And I just finished 3 tracks EP for Elrow Music! 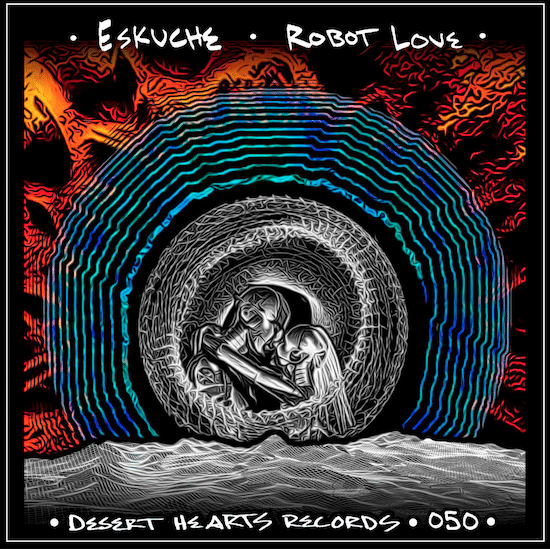