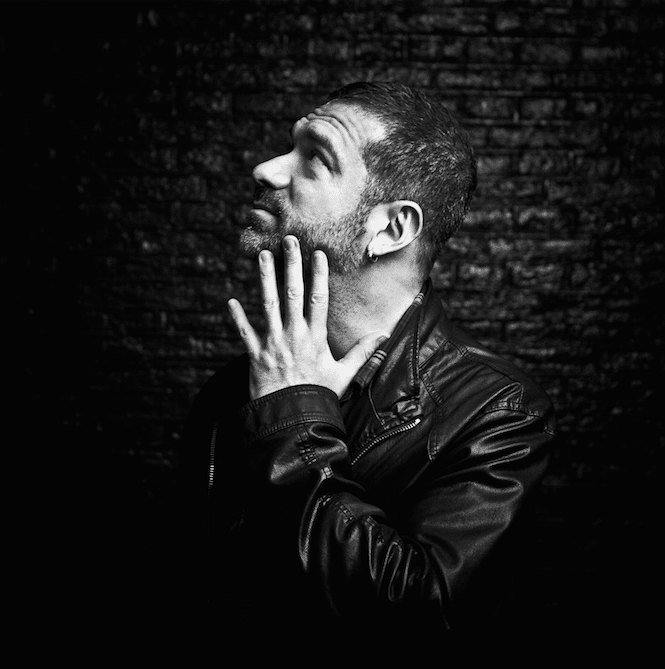 Multi-award winning remixer/producer DJ Meme has worked with some huge names including The Bee Gees, New Order and The Pet Shop Boys, Shakira, Mariah Carey, Frankie Knuckles, and many more.

We chat to Brazil’s top house producer as he unleashes his new single “Fall To Raise Up” with Jay Sebag on David Morales’ DIRIDIM label, which is available here.

Hi Meme, it’s a pleasure to chat with you today, how’s 2018 been and what have been your highlights?

First of all, let me say that I’m delighted to be featured on 6AM. The pleasure is all mine!

I have to tell you that 2018 has been a prolific year to me from the studio side. Everyone who’s close to me knows how picky I am when it comes to judging myself in the studio. It’s a real pain for me, which is why I only usually put 1 or 2 original tracks out per year, but 2018 is being like insanely creative for some reason and that’s forced me to slow my pace and push most of the new tracks for release in 2019. I’m currently working on the final touches to the long-awaited follow up to my successful afro-House “Brazilianism” project which was released on Defected back in 2011; I’m “disco-covering” a classic track by the infamous Brazilian Jazz-funk band Azymuth; I’m also working on a new House track featuring the legendary Brazilian keyboardist and composer Marcos Valle (probably bringing Incognito on board) and last but not least, I’m making a cover of an obscure Disco track by a big diva, but bringing it to the dark side of House, which means no strings!

What music did you listen to growing up and who are your biggest musical inspirations?

My dad used to listen to Bossa Nova at home every day, so there was that, but when I was around 11 years old, Disco was the big thing and the melodies and harmonies completely caught my attention, I was really inspired by all the strings sections and basslines.

The Brazilian music scene is hugely vibrant, who or what first turned you on to making dance music?

I consider myself a man of music, and not only a DJ so after years learning the secrets of playing records to people at the clubs, but it was also a natural thing for me to make productions too. I started to create re-edits for radio station used to work in 1985, and in 1989 I bought my first AKAI MPC60 and a Yamaha DX-7II and started creating my own music instead of just editing it and have never looked back!

Over the years you have worked with some hugely impressive names such as The Bee Gees, New Order and The Pet Shop Boys, Shakira, Mariah Carey, Toni Braxton, Frankie Knuckles and many more, who was your favorite and which artist would you most like to produce with or make a remix for next?

Well, you forgot to mention one of my favorites which was Deborah Cox. She is an amazing singer and a very polite, fun and down to earth person. She’s so professional and easy to work that makes your work pretty easy and feeds your creativity. Shakira was also a sweet person to meet and work. I’ve been lucky. And for your 2nd question, If I had a last wish in my life, that would be to spend some time in the studio with Chaka Khan and/or Stevie Wonder. Nuffsaid!

Your own singles have landed on top dance labels including Soulfuric, MoreHouse, Defected, Purple Music, Salsoul, Nervous, Big Love and Z Records, among others, what’s your own personal favorite release and why?

It’s really hard to choose only one as they all come with great memories. The thing I like most when working in the studio is the beauty of creating something collectivity, therefore I’d have chosen The DJ Meme Orchestra tracks as they were made with lots of musicians and singers together. I love creating my tracks alone in my studio, but it’s really great having talented people around and collaborating.

Your new single “Fall To Raise Up” featuring Jay Sebag is dropping on David Morales’ DIRIDIM label, what can you tell us about it?

Jay Sebag is an old friend from Paris and we always talked about making a song together. I had this track that needed something really special so I finally called Jay in and he blew me away with his contribution. His interpretation is very emotional and the way his voice is doubled up in 2 different octaves which works beautifully. My son Daniel also played the disco bassline, so it was great to have him involved, I couldn’t be more proud of the release!

It also features a remix from the legendary Eric Kupper, what did he bring to the table?

Eric took the track to a more electronic and melancholic level with an afro house undercurrent, which really changed the emotional feel of the song. His version is a perfect match with my original mix.

You’ve made some huge disco house records over the years including “The Cure & the Cause”, “Any Love” and “You Make Me Feel Might Real”… what are your thoughts on the massive Disco resurgence happening right now?

What can I say that hasn’t been said before? Disco is always there…coming and going, waiting and constantly evolving and being sampled, therefore it’s never forgotten, and when the right time comes it always comes back to people’s taste. In my opinion, the only difference this time is that I am pretty sure that Dimitri From Paris and Joey negro got something to do with that, cause of their huge contributions doing their Disco remixes projects that made to bring Disco back to the clubs, which obviously strengthened the same kind of compilations that Tom Moulton and John Morales have been doing for years. This time is not a comeback, but looks more like a takeover!

Lemme give you 5, because only 1 is impossible:

You’re constantly juggling a busy tour schedule and studio time, which part of your job do you love the most producing or performing?

They are very very different types of pleasures that complete each other. You can say I’m polygamic, because I couldn’t live without both.

What’s been your favorite DJ gig to date?

Every time I go to Asia I have chills when DJing. They really like and know how to party, but If I have to specify one night only, that would probably be October 2012 at ADE in Amsterdam, celebrating the 25th anniversary of Def Mix with all the family playing together and the unexpected appearance of Ultra Nate and Inaya Day, performing along us at the mic. It was a REAL celebration at the booth. Those who were there will never forget.

You’ve been based in Italy for most of the summer, what have you been up to and how is the scene there?

There’s this beautiful club in Italy called Cala Sveva Beach Club, in Termoiy city. I was there for the first time in 2014 and since my first gig I got pretty close to the owner Fabrizio Vincitorio, who has become like a brother to me. Last year Fabrizio invited me to start a weekly residency there and then every summer.

At first, I thought It was a crazy idea because I wasn’t used to being away from home for more than 40 days, so we’re talking about 90 days now. But the thing is that Italian’s really know how to make you feel at home, and my presence there with my DJ guests are making the club profile grow more every year, which makes me proud and confident. On the other hand, this situation also solved a big issue to me and my clients when it comes to accomplishing my gigs in Europe, because I can fly from Italy now and not from Brazil which costs less and the best thing is… everyone who knows that Italians (especially those from the south) LOVE House Music, right? I couldn’t ask for anything better than that. Overall I think I’m destined to move to Italy eventually! (laughs)

Finally what else can you tell us about yourself ?

I eat carbs, lactose, and gluten and I don’t give a damn.