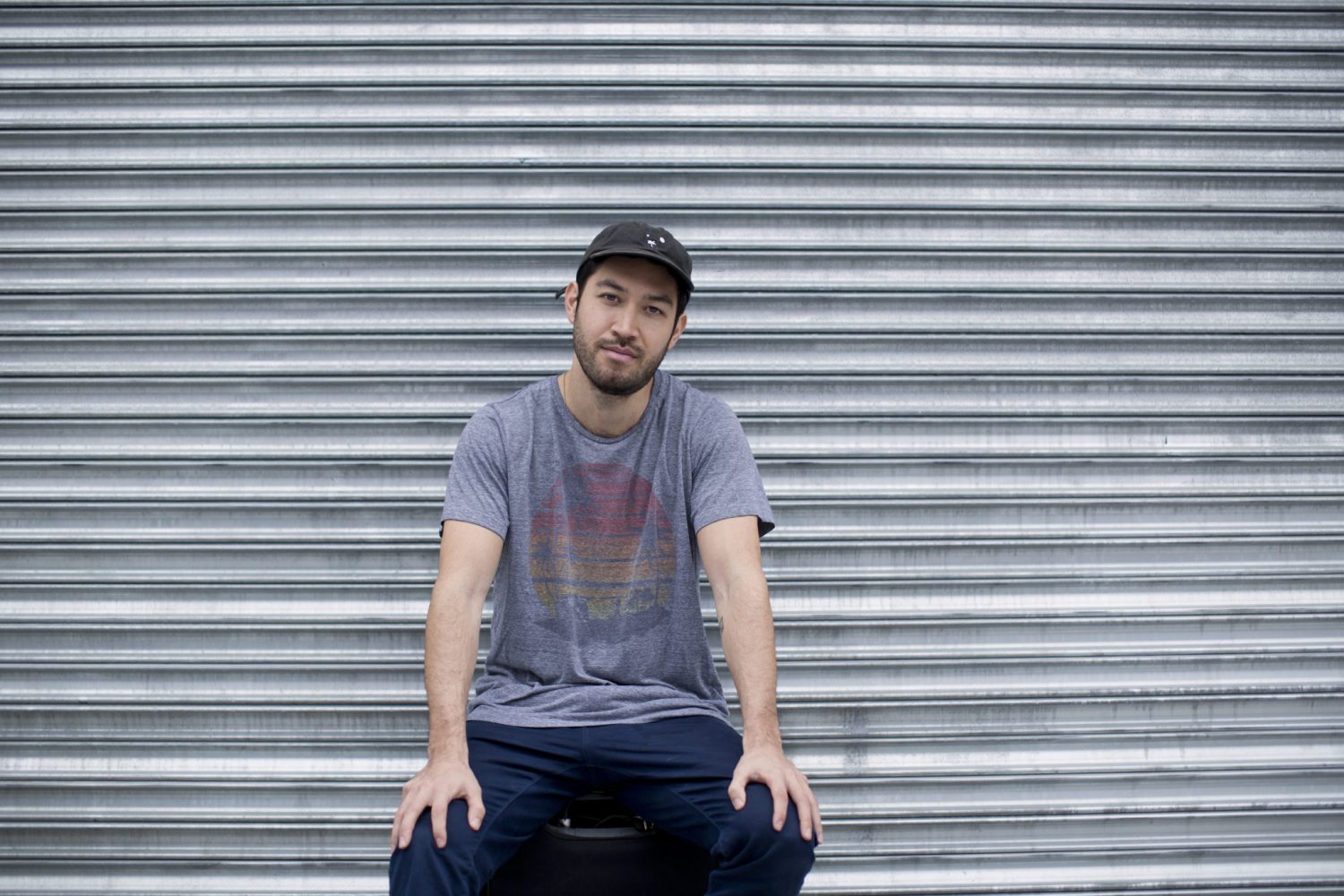 Raised in the nightlife mecca of New York City, David Berrie has been involved in the music scene since his earliest days of finding his way into clubs and parties underage.

Rising through the ranks and honing his skills as a DJ since the age of 18, David has spun everything from hip-hop to disco and is now making waves with his signature house and techno sound in iconic rooms from Space Miami to DC10 Ibiza.

Drawing from different genres to create his unique sound, David has released essential tracks on distinguished labels such as Hot Creations, Cuttin’ Headz and Play It Say It. Most notably, David released his collaboration with Jamie Jones this past October which broke top 5 on the Beatport overall chart. Also, receiving a 9/10 rating on his follow up EP on Play It Say It by DJ Mag. Not to mention, his production has continued support by industry leaders such as Carl Cox, Marco Carola, The Martinez Brothers and Seth Troxler.

So far this year David has played sets at Paradise In The Park LA at the start of June, Park Life in Manchester, Paradise at Off-Week Barcelona, Fabrik in Madrid and this summer David has been enjoying a Paradise residency in Ibiza at DC-10.

We caught up with David to talk about what has been a very very busy year for him:

Hey David, thanks for taking the time to chat! Where are you talking to us from today?

Thanks for having me, currently at my flat in Ibiza.

Summer has been great. Been happy and grateful to play a lot of amazing events and hit new cities that I’ve never been to before.

What are your earliest electronic music memories?

Sneaking out of my house, taking the bus from my town in Jersey into the city to go hear Danny Tenaglia at the old Sound Factory in NYC. I was hooked then and it feels like I’ve been out almost every weekend since.

How did you develop your unique style?

I’m influenced by a lot of different genres which is probably rooted from back when I was an open format DJ playing all different type of events. So as a producer, I like to try to fuse elements from different genres to create something unique. Also, whenever I’m producing a new track I always experiment changing the way I work, this way the outcome will always be different.

How did your home city of New York play a part in that?

Well New York has always been a melting pot of culture and music. I don’t think there is any other city in the world that has as much musical diversity and history together. Truly blessed to be able to live here and absorb it all.

Name us some of your favourite hangouts in the city.

A1 Records in the Lower East Side is an amazing well-organized second-hand record store with affordable prices. I spend a lot of my time there and it’s definitely a secret weapon for rare gems in my sets.  Other then that, I can’t say there are many cool hangouts in the city anymore. For me everything has pretty much shifted away from the city.

You’re a regular in NYC at places like Brooklyn Mirage and Output and all over the states, but you also go across the pond a lot playing in places like Spain and Portugal. Do you prepare your sets any differently depending on where you’re playing?

Of course, but it really depends on the party organizer more then the particular region on how I would prepare a set. All types of music is accessible online for everyone now so I think it’s really broken down the barriers for regions and music.

Output has been a particularly important venue for you. Tell us about your sets there.

Output will always have a special place in my heart. Panther room in particular. Something about that room felt so intimate and vibrant, I felt it just brought out the best sets in any DJ that played there. There was definitely a warm family community vibe in there from the people that went to the staff that worked there. Now that is gone, I feel there is a huge void for a room with soul missing in NY.

When did you first visit Ibiza?

My first visit to Ibiza was 2008 when I was 22 years old. It changed my life and I’ve been back every year since.

Fish shack, of course, one of my favorite fish spots with that amazing view on the water. Sunset Ashram another restaurant favorite, great for catching a sunset or hitting the Cala Comte beach it’s on.

You’re a new resident at Paradise at DC10, how did this come about?

My friend Lauren Lane, sent over some unsigned tracks I finished to Jamie and he loved them and signed a 4 track EP to his Hottrax label. The following year, we were both hanging at Seth’s Birthday at Pikes hotel and he just asked me if I was up for a collaboration and that was basically the beginning of it all.

What do you love about playing in Ibiza?

I’ve been coming here for over 10 years and although it has changed so much, there is a certain energy here that will still top possibly any other place in the world. Immediately when people step off that plane there is a vibe of excitement that overcomes. All the different places people visit from and different walks of life, It never gets boring playing here.

Is there anything else you’re excited about for the summer?

Looking forward to my 2nd year playing at Burning Man, BPM Portugal, and coming back home to play Paradise NY at Brooklyn Mirage. Also, after playing the DC-10 main room 3 times this summer, I’m really looking forward to rock the terrace in September.

‘Doctor Zouk’ was a huge success for you, tell us about the making of the project.

Like I said, Jamie basically asked me about working on a collab at Seth’s Birthday at Pikes in Ibiza. The beginning of that following year, we planned to meet, and so I flew out to LA and met at his studio. We had no particular plan in mind, just kind of jammed a bit and bounced off each others ideas. It was an amazing experience sharing different ways we work and I think we both took a lot from each other. We finished a rough track idea after a couple days and then basically stayed in touch working over dropbox online. I don’t do many collabs and it was the first time I ever working online over the phone but in the end, I think it worked out.

You’re back already with your recent EP ‘Airplane to Madrid’. Do you have any more music in the pipeline?

I have a 2 track EP that I just signed over to Jamie’s Hottrax label, an EP with my friends at Vatos Locos, and also a followup EP on Play it Say it in the fall.

Lastly, can you tell us about a few artists you’re currently enjoying that should be on our radar?

I’m going to have to plug my homies Bas Ibellini, Jesse Calosso, and Jean Pierre. Beyond the fact their my homies, I’m really digging some of the new music that they’re doing and surely you’ll hear it coming out this year.