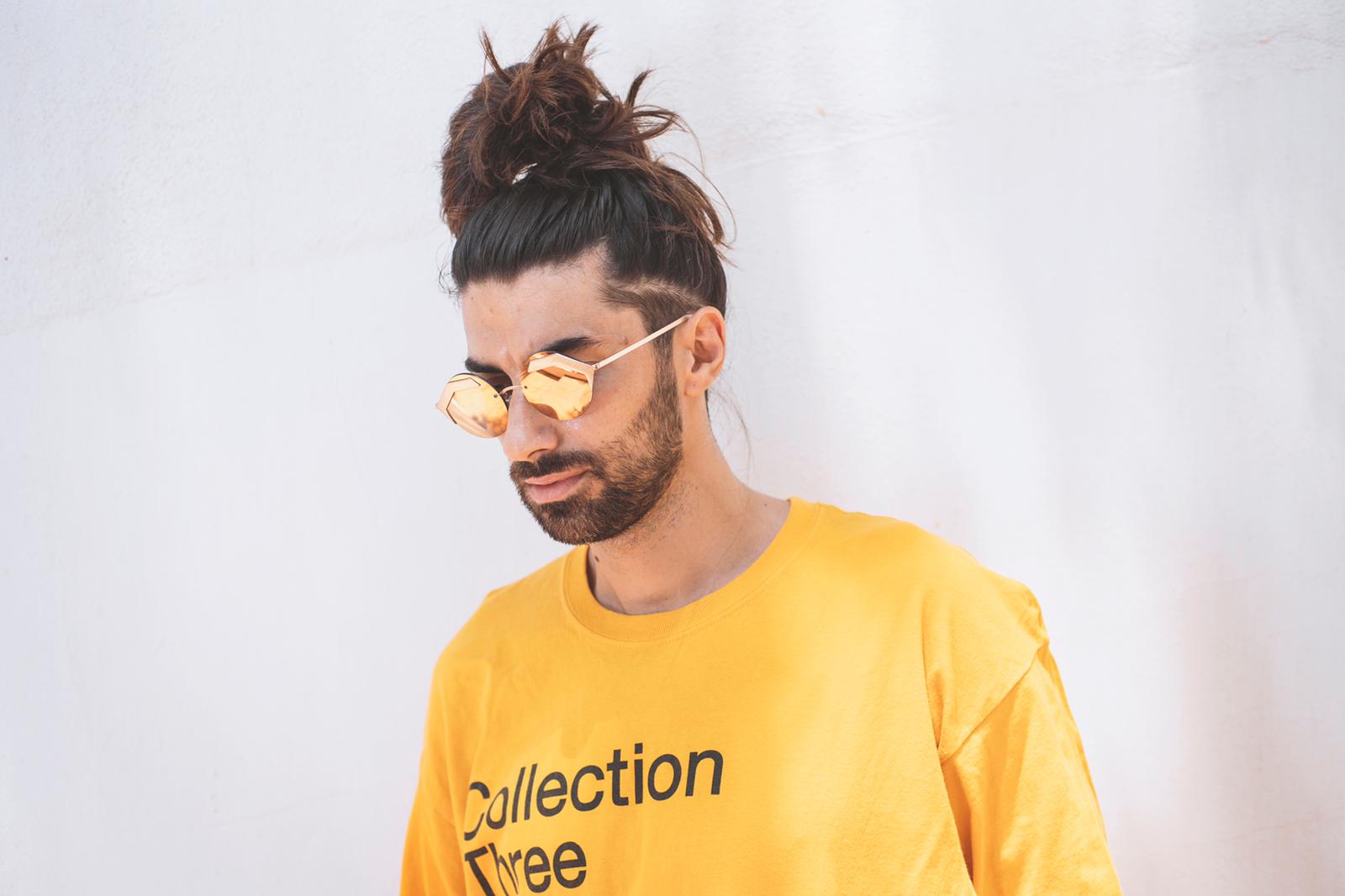 Already making serious waves with productions on labels like Rebellion, Crosstown Rebels and Saved, Alex Kennon has always been surrounded by great music.

The emotional, powerful music he listened to as a child thanks to the influence of his parents soon lead him to the house and techno he lives and breathes today: thanks in part to his father’s funk and also down to his own passion for New York and Detroit scenes. Soon, Alex was presenting a show in his own hometown. “As well as Laurent Garnier, I was a lover of New York music and also Detroit, I loved records with acid sounds inside. This is when I discovered Giorgio Moroder.” Alex’s father told him Giorgio was an Italian who was one of the best producers of the 70s, “which is why I admire him. But I also think everybody is a fan of him!”

And it’s that same Morodor-ish passion that drives Alex Kennon now. Having played at some of the best clubs in Ibiza where he lives (from Ushuaia and Pacha to Destino and Privilege) and like a real globetrotter all around the world, this year Alex’s key releases will see him take everything to a whole new level. And not just in Ibiza, but at festivals across Europe and into America and across Brazil. So far, his productions have been supported by Nic Fanciulli, Kölsch, Solomun, Steve Lawler, Damian Lazarus, Matthias Tanzmann and Tale of Us alike.

Alex likes vocals and he likes the sweet spot between house and techno. Not too hard, always groovy. “Between house and techno,’ he nods. “I like the groove. Sometimes I take the risk, we are not like robots. I never prepare a DJ set, I try to build a DJ set in the moment. Every DJ needs to do that. I always say you should have fun with the crowd.”

This year, Alex Kennon teamed up with Pete Tong for a huge collab EP together, which will be out later this year, and has also worked on his debut on Green Velvet’s Relief Records with an EP, as well as a remix for Yousef on his album pack via Circus and then a forthcoming EP on California-based label Desert Hearts.

We speak to Alex to dig deeper into his life, background and all the upcoming music we are about to see from him.

Hi Alex, how are you doing today? Thanks for taking the time to chat with us here in LA!

Hey guys, thanks for having me! It’s my pleasure

I see you just played Kater Blau in Berlin, how was it?

Berlin is always a great experience, at Kater Blau I felt that ‘back to your roots’ sensation that reminds me of why I started in music. It felt amazing and for that I can only be grateful to those on the dancefloor. Berlin is such a centre point for dance music, being in a city that values it to that level is always such an experience.

I heard your collab track with Pete Tong several times and it’s clearly been making waves around the world.  How did the collaboration start and how was the process of working on the track together?

Working with Pete was a really organic conversation, he’s repeatedly supported my music anyway and is always keen about any upcoming releases. He approached with the idea to do something different but great together, starting from a “theutonic” (a word we use that I don’t even know if we understand). This idea he sent over to me and then we worked on the track in our own studios before slamming it together for the track you’re hearing now. The outcome is a track we both love, it sounds fat and retro at the same time, plus always works a treat on the crowd!

You were meant to be playing in Miami this week but everything is suspended due to the Coronavirus pandemic. What do you usually like to do while in Miami that isn’t music-related?

Well I’d definitely be working on my tan in that Miami sunshine, I love the beaches there. Would also be great to get my proper tourist on and go see a Miami Heat’s match, I’m big into sports so when in Rome!

I hear that you have a lot lined up musically over the next few months. Can you tell us about what’s in the pipeline without me spoiling the news?

Yep, got a lot of cool projects in the pipeline. The first release coming out is my EP ‘Dreams’ on Green Velvet’s label ‘Relief Records’, I love the label and I’m eager to start playing the tracks out, probably for the first time at Printworks this month for the La La Land party. I also love collaborating and a big part of that are remixes, I’ve got one coming out on Yousef’s album on Circus. Then an EP on Nic Fanciulli’s label Saved Records, this is all only in the next two months but it’s a sign of what’s to come in this busy year!

Where do you live these days?

I split myself between Barcelona and Ibiza!

Can you talk us through a typical mid-week day? 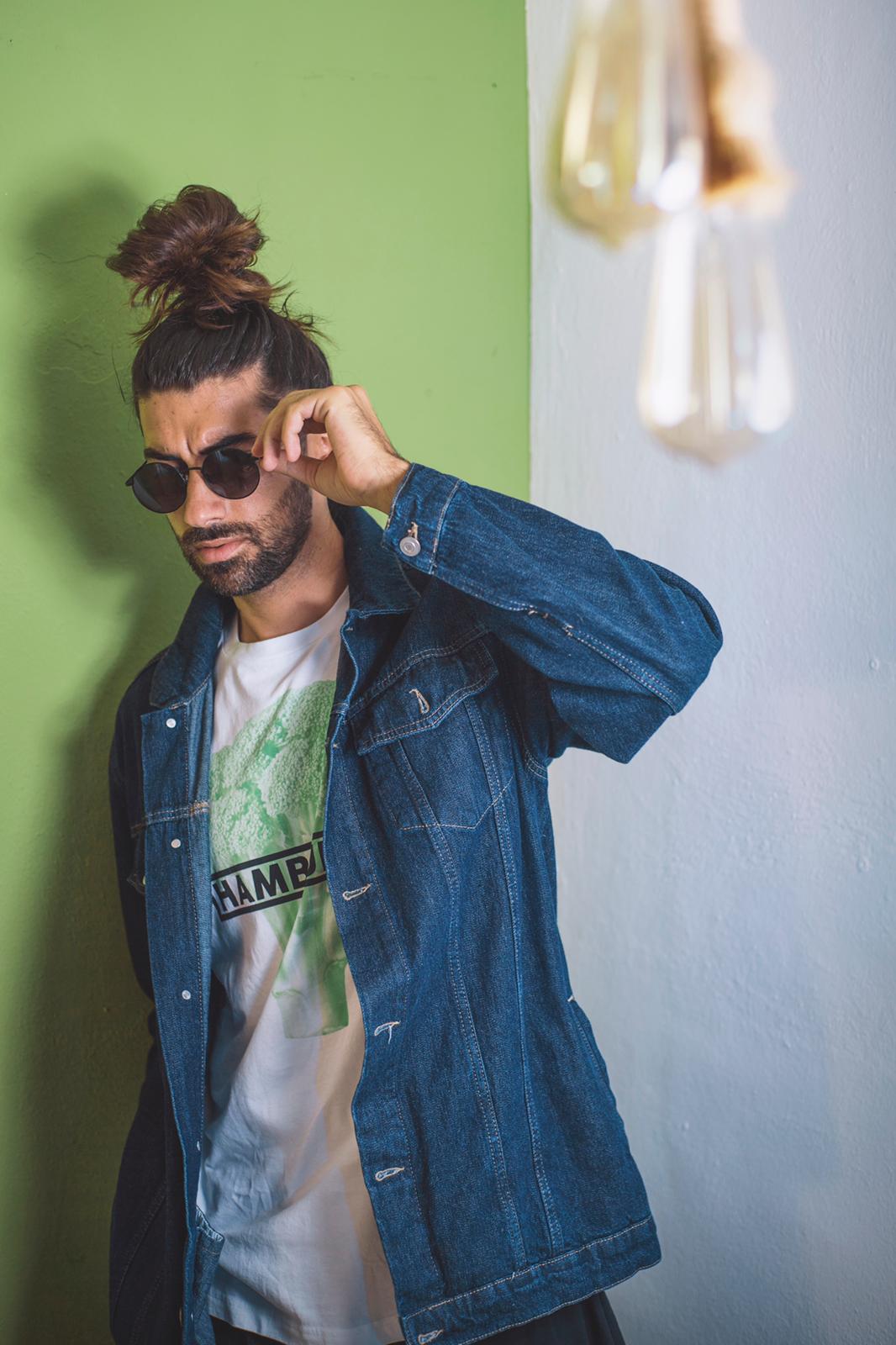 What do you like to get up to when you’re not in the studio?

I play the guitar, so the house is always filled with music, slowly turning the whole place into a studio without realising. I’m also really into Motorcross so I get the motorbike out as much as I can, riding round the island and through the mountains. I’ve always been into sports so it’s nice being able to hang out with friends whilst getting a little bit competitive on the field.

I can tell that fashion is something you’re into, just from your social media. When did that start?

Well, my mum was a wedding dress designer, so this definitely helped cultivate the interest. I’ve always been really into cool fashion pieces, I wouldn’t say I’m obsessed and there’s definitely DJ’s out there who know more about it than I do. Actually, I believe there is a lot more interesting fashion out there for women, they have so much more choice as well as just fascinating designs. I have to admit that sometimes women’s boots are sometimes so much nicer than men’s, that I have bought them for myself in the past. Though they never quite fit even when I’m lucky enough to find them in my size.

Do you have preferred clothing brands?

Being Italian myself I am definitely drawn to the classic fashion houses, but I also definitely have an appreciation for the new cool streetwear brands, I like wearing the comfy stuff from collections such as Geo, Heron Preston and ContraNYC.

Are there any other producer/DJs whose fashion sense you admire?

At the moment I don’t have anybody in mind, I prefer to listen to their music than watch how they dress up. Plus you can’t see their shoes when they’re behind the decks!

What is your favourite type of cuisine? And how about your all-time-favourite meal?

Nice and hard question to answer, mmm. For sure Italian food, but I also love Japanese. About my favourite time meal, it depends on the mood and situation, could be a good risotto, a Parmigiana or some good Sushi too.

In all your travels, what would you say the best country and city are for food?

My mom’s kitchen is yet to be beaten. I was amazed by the cuisine on offer in Japan, their creativity in cooking and the flavours is a whole experience in itself. Actually, today is possible to find great food everywhere in the world, which as a touring DJ is lucky so I can go explore a city and its food rather than be stuck with room service.

Are you a cook yourself? What’s your signature dish?

I do cook! I like to keep quite healthy throughout the week but definitely express myself through experimenting in the kitchen. Influenced by what I’ve tasted on my travels and also nodding to my Italian roots.

If you could play b2b with any DJ, who would it be and why?

There’s so many that I would love to get on the decks with it’s hard to narrow it down, let’s say Laurent Garnier for his total 360 degrees musical vision. I hope that in my career I’m going to have the chance to play with lots of great DJs.

If you could be challenged to a cook-off with any other DJ, who would you pick and why?

I’ve made already a b2b in the kitchen with Kolsch (laughs), he is a great cook and connoisseur of raw materials. Let’s say for the challenge Seth Troxler as he seems to know how to rustle up a dish or two.