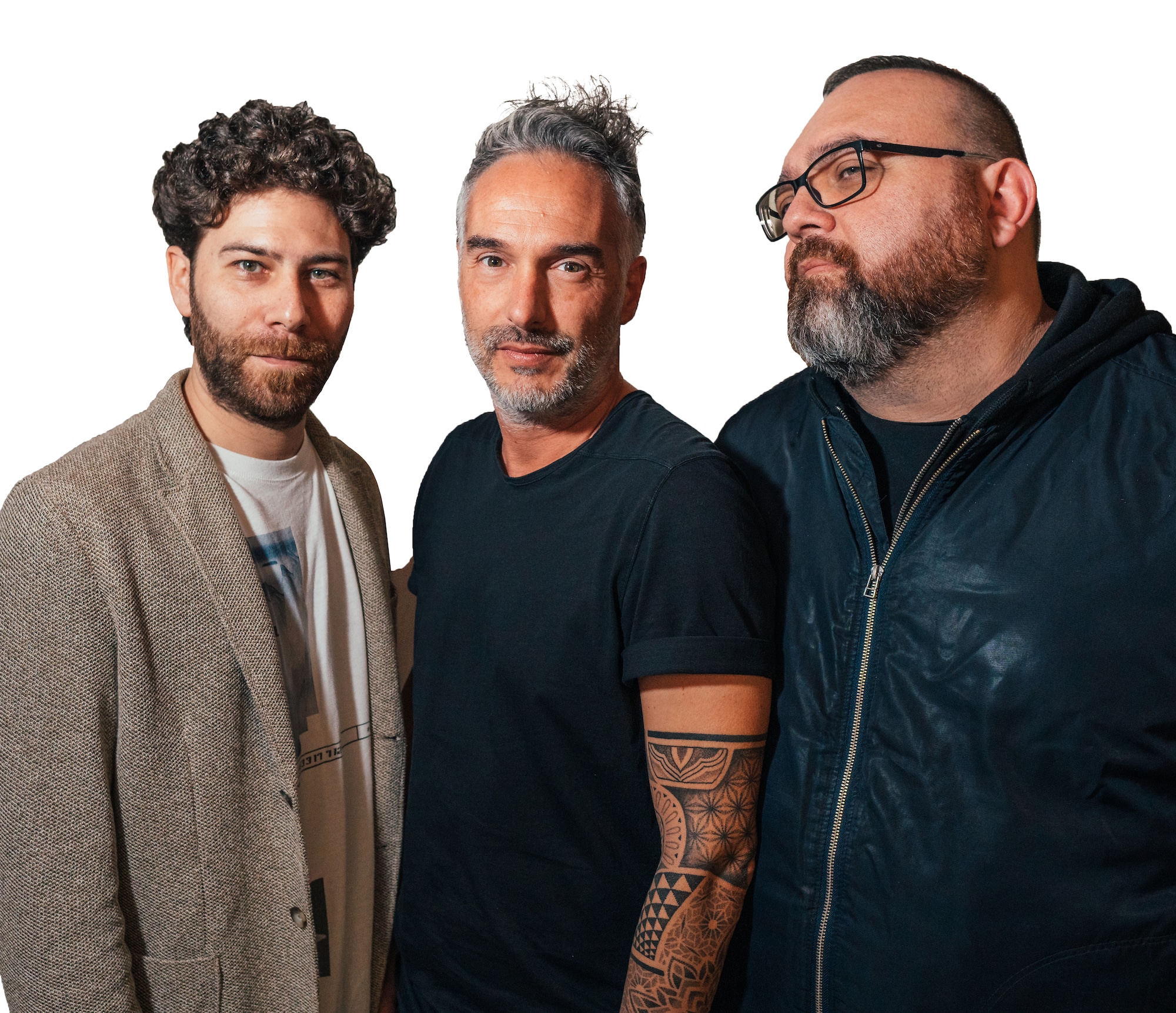 Collectively known as Aerobatik, this newly formed Italian trio are causing a storm with their eclectic approach to house music.

Hi guys, it’s a pleasure to chat with you today, please tell us a bit about yourselves and where you are from?

We are a DJ / production trio from Italy who work collectively as Aerobatik, alongside our other individual projects. Francesco Valesani (aka WideAndFat) and Enrico Merolli (aka DJEMM) are both from Ferrara and Luca Bertolaso is from a town near Verona called Legnano.

WideAndFat: My DJ journey started by listening to my parent’s records around the mid ’80s. The records they listened to varied between Jazz, Rock, Blues and Italian music of that period. In the winter of 1995 I discovered House Music at the Kinki Club in Bologna (IT) and I bought my first turntables. The transition to music production was after a few years, when I bought the first sequencer and a MIDI controller.

DJEMM: My first Dj experience was at a private party when I was just 15. I didn’t have turntables at the time and I simply played digitally without mixing alongside friends, I caught the music bug and have been collecting vinyl ever since. My studio productions began in 2007 when I purchased my first computer and I was finally able to take advantage of my musical studies made as a child.

Luca Bertolaso: I start playing in the first parties in my region called Romagna when I was 16. I started out playing Dj sets full of classic house sounds, from there I started a maniacal search for music that excited me. In 2015 I started producing with Davis Jay and we launched the Blacktwins project.

How did you all meet and decide to start working together?

We only started working together last year. Luca and Francesco already had a musical project going on together, I (DJEMM), came from a 4-year working break and was talking about music with them, so we decided to create a new DJ and production team together and Aerobatik was born.

And what projects were you involved in prior to Aerobatik?

Before starting this adventure, all 3 of us had (and still have) personal DJ projects, mainly as residents in the clubs of our area.

You’re quite an eclectic bunch with many different musical backgrounds, how would you describe the Aerobatik sound?

We call the sound of Aerobatik a “floor collaborative” and we aim to create a wave that overwhelms the Dance-floor with our sounds. For the most part we have varied tastes, working with sounds that move between everything from Detroit and Chicago House, Techno, Acid, Afro and Italdodisco.

DJEMM: I grew up with House Music of the 90s, listening to the recordings of all the American and Italian DJs playing at the Peter Pan Disco in Riccione (IT). I also like to listen to the Blues, Funky and Disco Music, fro which I get a lot of inspiration.

Luca Bertolaso: I was very influenced by the sounds of DJs like Frankie knuckles, Little Louie Vega, David Morales and that was my guide.

You’ve just released your new single “Be Mad About” EP on the newly launched Major Underground label, please tell us a little about the release and how it sounds?

We tried to combine different genres that belong to each of us, we wanted an EP where each track represented us individually. From the Chicago House meets old school electro sounds of “Be Yourself” and the retro house style of “Be Mad About” to a more underground classic deep house vibe of “HOT”.

3 is the magic number? Tell us a bit about your production process and who does what in the studio?

Our collaboration in the studio is mutual one, WideAndFat is our “groove man”! Me (DJEMM) and Luca take care of the melodies, sampling and editing of the vocals. The guys actually call me “Click-man” because I am very fast with the keyboard and the mouse!

What’s your studio set up like and which piece of kit is essential for the Aerobatik sound?

A Drum Machine 909 e 808 Juno-106 Yamaha DX7 en MiniMoog, connected to our DAWs (Logic and Ableton), with which we compose all our music.

How are you keeping yourselves occupied during the Coronavirus lockdown there and how is it affecting your production work? Are you still able to work remotely together?

During the quarantine, unfortunately working together is more complicated than usual. Each of us continues to work in our own personal studios and we have been making video calls and then pass the projects around to modify them. It is very hard, but at least we will be able to complete what we’ve started together in the meantime.

WideAndFat: I had the honour of participating in some major events, a few of them include opening for Sven Vath in 2010 at the Kinder Garten in Bologna, Metro Area warm up in 2011 at the Black Box Club Ferrara, back to back with Luca before Derrick May’s performance in 2017 at our Frankie party in Ferrara. The target is to continue working well, the results of our hard work will hopefully speak for us.

DJEMM: The warmup for Robert Owens at our “Frankie” party in Ferrara, our beloved city. The future is mysterious, but I hope to share many projects with my friends in this group and to move up the ladder in our biz.

Luca Bertolaso: The evening I will never forget will always be that of Monday 4 August 2008 at the Echoes in Riccione where I played in the VIP and in the main room where David Morales and Frankie Knuckles playing. For the future, the hope now is that this bad period will pass as soon as possible and our residency at USBAR and Frankie parties will restart.

Who are your top current producers?

And your favourite labels?

What else have you got coming up production-wise that you can tell us about?

We have several other projects on the way with Major Underground and we aim to thrill you with some Funky/Disco sounds!

Aerobatik “Be Mad About” EP is out now on Major Underground