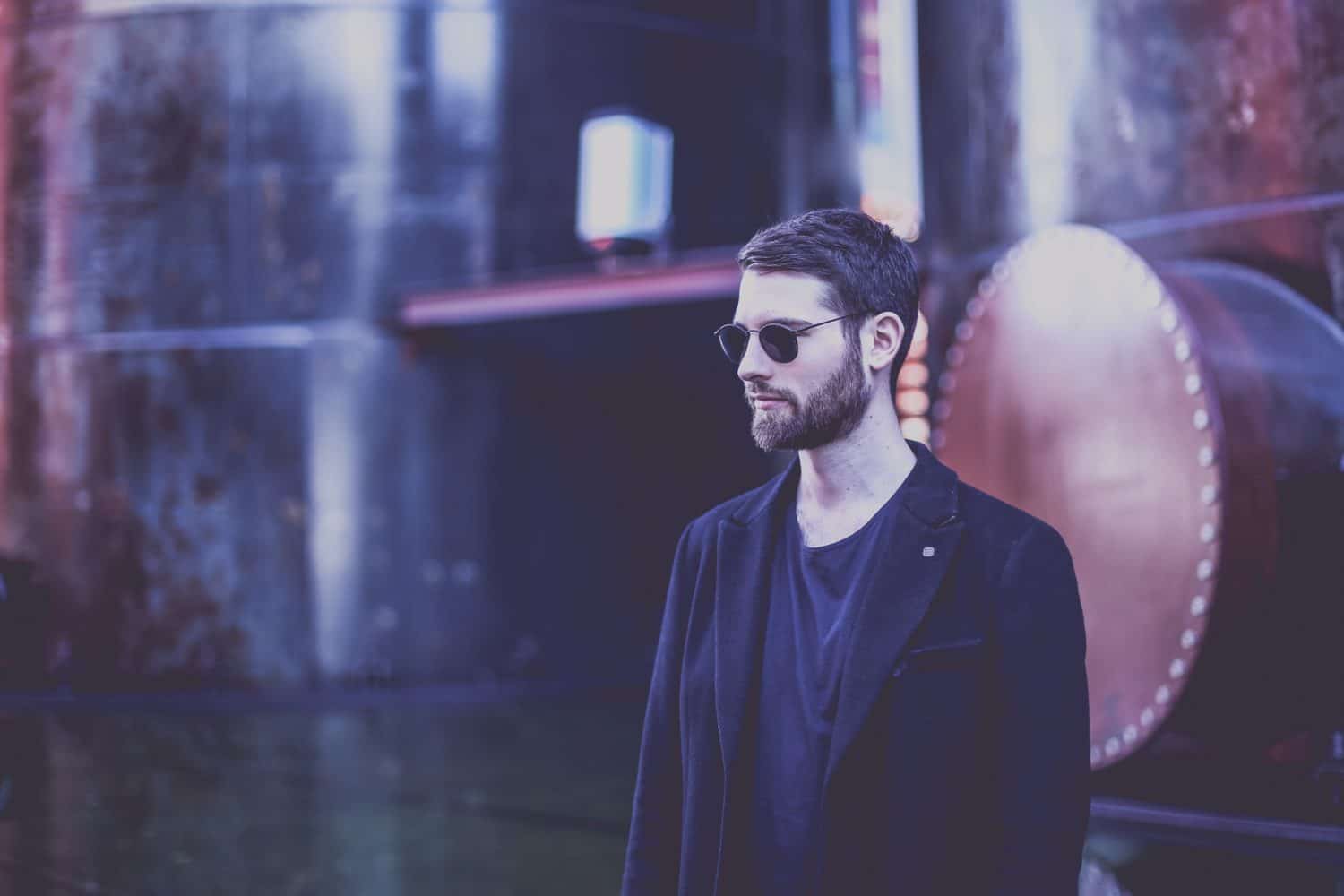 Riven is one of Luxembourg’s key innovators on the underground scene, he co-runs a label, co-organizes club nights and festivals, DJs around Europe and in between all that he even finds time to produce! 6AM pins down the busy mover and shaker for a quick chat as he releases his new Disco Acid EP.

Can you tell us a little about where you are from and how you were introduced to the world of DJing and music production?

I come from a little country called Luxembourg in Central Europe. About 13 years ago, when I was 14, I often hung out with a friend who old a pair of pretty basic Gemini CD-Players. We spent our time putting together tracks, mostly radio music. a few years later, I started getting into DnB and finally, when I started studying in Brussels and Fuse got my second home, I got into House and Techno, and never looked back.

Your brand new Disco Acid EP has just come out on Timid Boy’s Time Has Changed label, tell us about the EP and how it sounds?

Well, to describe it well, it sounds a bit like playing Pac-Man on Acid. I’ve been using many old school and vintage samples, my MAM-MB33 Retro, which is basically an analogue 303 reproduction without sequencer. I absolutely love it.

How did you hook up with Timid Boy?

We’ve been in contact over the labels. We booked him once for a Lauter Unfug and went along pretty well with each other. I absolutely love his sound, the sound he brings out on Time Has Changed, one of the first labels I’ve been following.

What’s your studio set up like and what pieces of kit are essential the Riven sound?

Well, a few years ago, I had many synthesizers, from Elektron to Moog, Korgs, I almost had no more space in my Studio. Honestly, I love playing around with toys but it has often lead to unfinished tracks because I lost track of what to use and how in the end.

I decided to narrow down my equipment to my favorite toys, the Moog Minitaur, the Waldorf Pulse 2 and as mentionned, the MAM-MB33. My all time favorite piece of gear though is not a synthesizer but, a midi controller, notably the AKAI Advance 25 with it’s VIP Plug-In. It’s basically the plug-in I’ve ever been missing to get my workflow going. It’s regroups all your software synthesizers into one Plugin and automatically maps the knobs to the parameters of almost every plug-in there is. That saved me hours and hours of time ind mapping and makes using software synths almost as much of a pleasure as hardware ones. How great is that?

Well, I’d say it all started with Blümchen, a German „Pop“ singer. Everyone around the age of 8 or so got CDs of her for Christmas and she was very popular back then with the children. I’ve only recently discovered that her tracks were actually hard core rave tracks with massive acid bass lines and long, trippy breakdowns so I guess that must have been one of the influences of todays rave culture in the germanophone community.

Another big influence was the Fuse Club in Brussels with it’s resident DJ Pierre. It’s where I got introduced to House and Techno and it’s still one of the places where the music is just on point. I mean, you had DJ’s like Loco Dice, Magda, Seth Troxler playing great sets. But the closing by Pierre was always the candy on top of the cake.

Another big influence for me is Jamie Jones and Hot Creations back then. Their sound totally got me since years (though the new stuff is a bit different) and I think my music clearly reflects that.

What’s your own personal favourite production so far?

Since now, it’s a track called “Juno“, it’s not out yet, but I think it’s really in the style that Hot Creations released some time ago and I’m absolutely in love with that one.

From the productions that are out already, it’s my track called “Too Tight“, released on Lauter Unfug.

You DJ a lot around Europe, where are your favourite places to play?

Usually Berlin or Portugal, but there’s a lot of countries I haven’t played yet, like the UK for example.

You also co-run the Lauter Unfug label with Alex Heide & Pierre Bellion – tell us about the label, your artists and what to expect musically?

Well, we started the label almost two years ago and I think, we’ve come pretty far in such a short time, having features in DJ Mag, Mixmag, Pete’s Tongs radio Show and many others. I think we should continue like we did, attract some bigger artists and help smaller artists we trust in to get their tracks out.

Who has been your most successful release on the label so far?

I think it’s the Polyphony release by Die Zwei. The Beatamines remix made it on #21 in Pete Tongs selection of the year 2016.

Would you say running your own label has been beneficial to you as a developing artist and if so, why?

Off course. Running your own label gets you a lot of new contacts and makes it easier to get noticed. 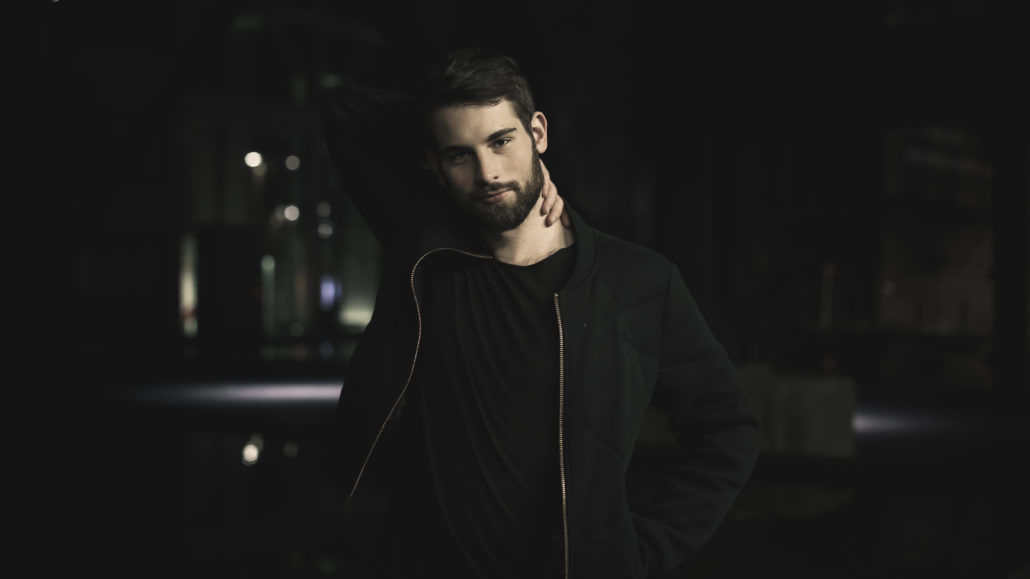 You also run Lauter Unfug parties with some big guests, tell us about your events and what makes them so special?

Well, the dedication. There are not many house and techno parties in Luxembourg but people are calling for them. We try to offer a new concept for most of the parties in various venues.

Well, I mean, Luxembourg is a pretty small country. I’ve been voted best DJ in the ‘Electro-House’ category two years in a row and I am very proud about that. It shows that my efforts are not in vein.

What do you prefer most about your career, producing, Djing, promoting parties or A&Ring and why?

Everything! Though it get’s a lot sometimes but with my friends Pierre and Alex, we usually manage pretty well.

Oh god, that was some time ago. I think 12 years or so. It was in a small corner bar when I was mixing radio music with a friend. Funny but not something I would consider successful mixing.

What dream gig would you like to see yourself playing?

A total dream would be playing in the Hammerhalle at Sisyphos or an Elrow event, those look absolutely insane!

I’ve got so many tracks with memories, one would be Tale of Us’ remix of “Every Minute Alone“ by Who made Who or Pillowtalk – Soft.

Finally, what’s coming next for Riven?

Well, I got some nice gigs planned in Berlin, an EP on Time Has Changed off course and another one on Lauter Unfug with some pretty nice remixers!