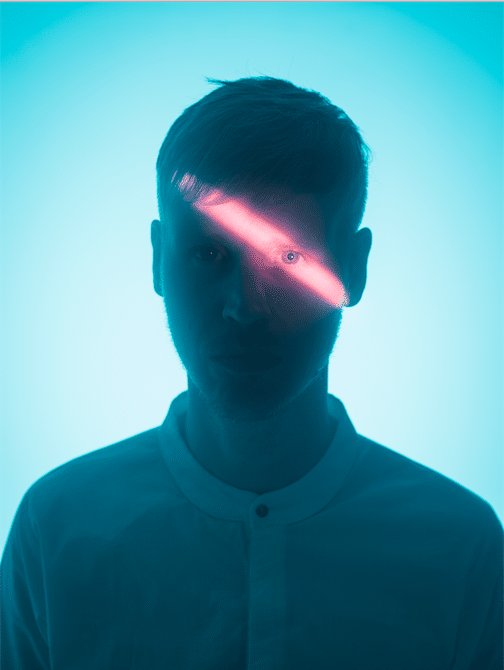 After gradually building this acclaimed concept across multiple parties throughout Europe and his weekly radio show, Joris Voorn has brought the acclaimed Spectrum event series to North America this month for a six-date tour that kicked off last night in Chicago. That date will be followed by nights in New York, Detroit, Toronto, Montreal and Miami.

Whilst having already played in these major cities for many years, with Spectrum Joris Voorn is now more excited than ever to invite his fans into new very cool intimate and unique locations they have never seen him play before. So far, Joris Voorn Spectrum parties throughout Europe have seen him reach deeper into his music collection, pulling out a lot of his favorite classics and lesser-known gems alongside the best new material, and the results have been nothing short of spectacular, displaying his eclectic approach to each new show.

We caught up with a busy Joris Voorn shortly after he landed in Chicago for his first Spectrum gig, looking to dig deeper into the concept, possible future gigs on the West Coast, his relationship with ADE and some of his personal hobbies.

Hi Joris, thanks for taking the time to speak to us in Los Angeles today, how are you?

Not too bad, just arrived in Chicago! It’s not as hot as there maybe but it’s really nice, it’s nice to be back in summer!

Very nice, well welcome back to the States! Tonight is the first stop of your Spectrum tour right?

Yes that’s right, we are starting off here and then going to New York tomorrow.

Excellent. This is also the first time you bring Spectrum to North America. Obviously your fans know about Spectrum and that it’s different from your regular shows but can you tell us a little bit about what is different and what they can expect from these shows versus seeing you at a regular club event?

I think the big difference for Spectrum and especially for this tour in the U.S. is that we have decided to go for different venues than just your regular club experience so you will be in a different space with a different and special stage design, which is something, we designed for the Spectrum tour. It’s a very different atmosphere.

Music wise there will be a very wide music range that will be played which is also part of the concept of Spectrum. It’s a platform where I can play a lot of different music that I believe in that may possible work on the night. I am also doing a longer set than at a club as well. For tonight’s Spectrum show I play three hours, so in that sense it’s quite a different experience.

Yeah, I did notice the venues of the tour are special, and having lived in Chicago I had never heard of where you’re playing tonight. Do you get to pick them yourself or was it something your team was deciding on?

Good question. It’s been my North American agent that has been looking at the venues here in the States and also Canada. Of course they know the special places, they have their network, so I didn’t really have much to do with choosing the venue, as they decided that, but they have an idea of what to look for

And here the whole idea was to come up with spaces that people are not familiar with in the context of a dance party. 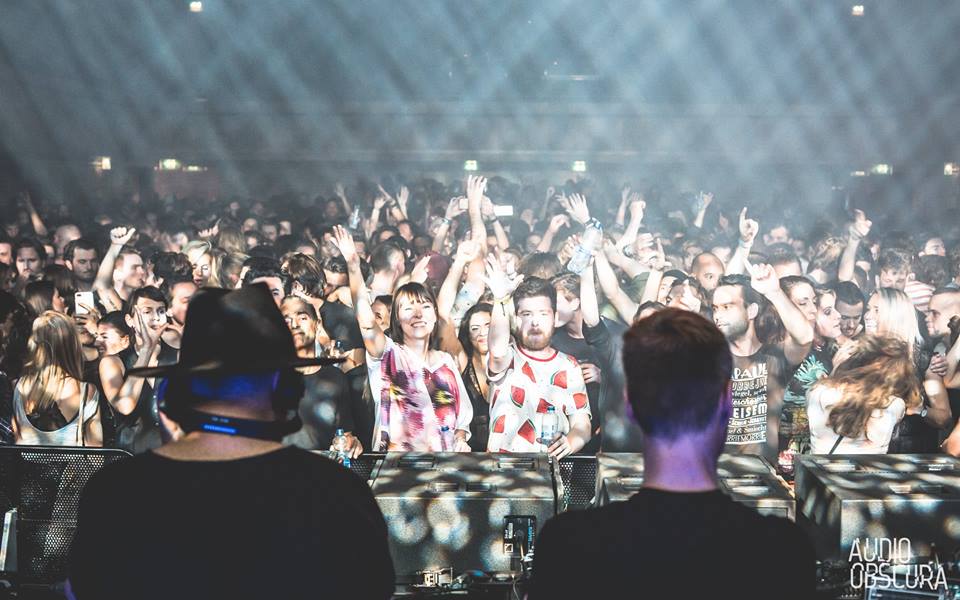 That’s super cool. Why do you think the musical concept of Spectrum goes well with the idea of having these unique locations?

It started like this in Europe. For the launch weekend we chose a different venue because we wanted to be more free and have a different stage than you can find in a club. Usually when you’re in a club you can’t really build a stage design around the DJ booth or anything as you are very limited, you can’t put lights behind you or really do much creatively so we were looking for venues that had the ability to bring our own design, to create the atmosphere that we were looking for with Spectrum.

That’s how we started and we held onto that concept. I think it goes really well together with the variety of music that is being played and the experience that is being offered to people.

That makes sense. By the way I noticed that Chicago is the Western-most city you’re hitting on this Spectrum tour. Can the West Coast expect some visits in the future?

Yeah definitely, that is absolutely the plan for the next tour. We are definitely looking to visit the West Coast but for this first run we tried to keep things a bit easy, with six shows all on the East Coast and Canada and definitely for the next tour which will probably be around February and March we will be coming to the West Coast as well as it’s obviously a very important part of the States for me as well.

That’s great to hear, I look forward to an LA gig. I noticed that you play solo for these gigs, sometimes with extended sets or all night long like at ADE. Will you be playing back-to-back with anybody on future Spectrum events coming up?

Yeah sure, actually I already did a couple of times with my friend Kölsh who is a DJ that works very well with the music I play, so it’s a great combination. I have played a couple of spectrum shows back-to-back with him now and that’s also because we are friends and playing together is a lot of fun and musically it works.

So yeah I have already started that and I think I have played 3 or 4 with him already, but I am sure that in the future I will be looking into playing together with other artists as well.

Playing back to back is always a challenge, as you have to musically understand each other and be on the same page. You also have to make sure the set is different enough to bring something interesting to the table. So it’s a matter of finding the right artist and right vibe to perform together.

Talking about back-to-backs I remember catching you play back-to-back with Nic at some point. Is there any particular artist or set in the past where you had very cohesive or seamless synergy that stands out above other back-to-back experiences?

Yeah I think actually the one I played last year at ADE on my own Spectrum night at the Muziekgebouw. I played with Kölsch back-to-back the whole night. That was particularly good as it was a long night and playing 8 hours together is great because you can build it up slowly and you can direct the music in a specific direction. The venue was extraordinary as well. It was a Spectrum event at a classical music venue, so that made it very special. The production was crazy and insane, it was beautiful. It’s definitely one that stands out very much.

This year at ADE you’re also playing another unique venue, at Amsterdam Centraal. It’s pretty crazy! How did the idea of that venue come about and can you tell us a little about where in or around the station it will take place?

Yes! Basically it’s going to be between the south side and the north side of the station. It will be inside the station and of course the passage will be blocked off. It’s an interesting location

The people who are doing this in Amsterdam (Note: Audio Obscura) are known to be doing these events in different locations, in terms of crazy locations that you can’t ever imagine having a party there. But they make it work and it’s done very well.

Yeah, it’s already sold out so a lot of people are obviously excited! Amsterdam is your home right?

Do you get to go out to any of the parties at ADE where you’re not playing?

Well you know it’s a bit of both. I live in Amsterdam with my family and it’s a busy week always. I am doing something pretty much every day. I might go in and see friends play in other places but I always play it by ear, see what’s happening and go from there!

I saw one year you participated in the ADE cook-off. Do you cook a lot?

Not really. I cook and I like to cook but that was quite a long time ago, it was fun and a great event… you’re competing on something that you’re not a pro at so it was a bit stressful, but also a lot of fun. 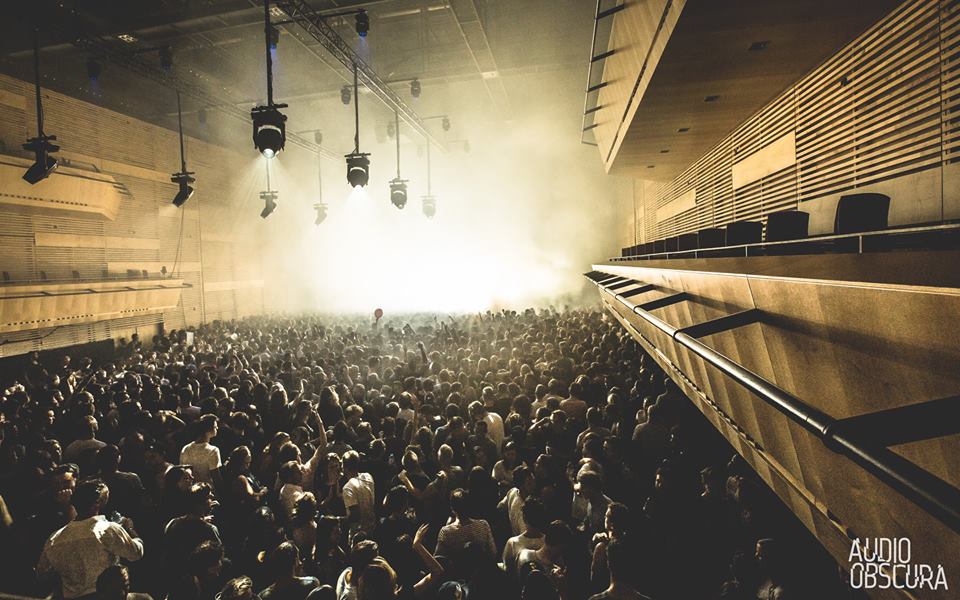 I can imagine. The one thing I noticed that is a big passion of yours that is part of the Spectrum concept is photography. How did that start?

I think it started very long time ago when I was 17 or 18, I got a camera for my birthday and I started taking photos and never stopped. Of course back in the day it was just film, 35mm films, but when the digital cameras came out I bought a very nice Sony digital camera and I shot so many photos, and I was so happy that I could take photos and not have to wait to develop them. This was already 15 years ago or so, then I kept buying these cameras and I was always shooting images and using them for my labels, as artwork, and then it developed into something a bit more serious.

The cameras got better, I invested in more expensive cameras and I began trying to capture more and more things around me in good quality. It’s just something I really like; it’s a nice hobby for me.

It’s more of a personal thing and of course social media is the best outlet that you have, but that is all. I did a small exhibition at ADE once a few years ago where I displayed some of my favorite photos in a nice way and that was really cool but for now it’s just a hobby.

To be doing it very seriously I would have to get some more time involved to get it up to the next level. I have some friends who are really good photographers and I see the difference between what they do and what I do; I don’t think I am there yet but maybe in the future it’s something that I will do and will get more elaborate than just posting my photos on Instagram… we will see!

Definitely, see where it goes! You also skate, which it think is really cool. Would you say it’s ever been serious?

No not at all, it’s just something I enjoy doing here and there, going to the skate park and getting out of the studio sometimes and just being outside and skating. But it’s also just a hobby and nothing more to be honest.

Cool. I have one last question before I let you go, I know you have a busy night ahead of you with the Chicago gig. I you could choose ANY location in the world to hold a Spectrum event at, where would you choose?

Oh wow… ok, let me think about this.

Look out for more Spectrum parties from Joris Voorn coming soon, and if you’re in North America you can catch Joris on the following dates:

Cover photo by by Jos Kottmann