Digging Deeper with Dax On Sax 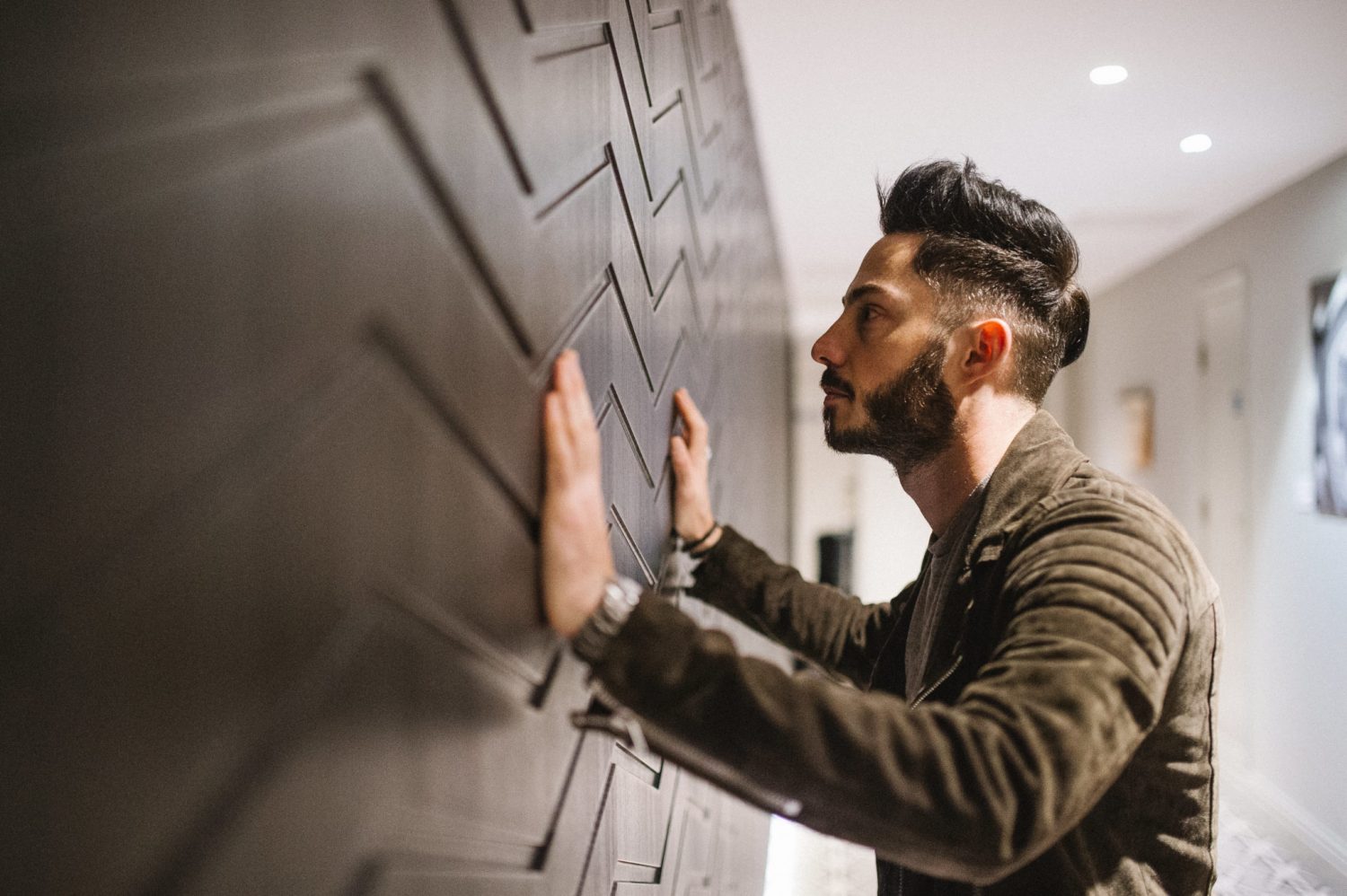 Digging Deeper with Dax On Sax

Dax On Sax is one of the coolest young Sax players on the planet! Famed for his sax-y jams and performances over in Ibiza’s top spots such as Café Mambo, Nikki Beach and beyond, he’s also been busy in the studio and is now releasing his debut album My Vision.

2017 has been a real whirlwind, I have had some fantastic gig opportunities with a residency at Nikki Beach every Thursday so it really has been manic.

How did you first get into playing the Sax and what turned you on specifically to writing and performing Dance Music?

I’ve played the sax from an early age at school. Even from an early age I knew I wanted to play an instrument  . As I progressed through school I did all the typical music examinations but developed a true passion for house music so when I saw the likes of Lovely Laura performing it gave me huge inspiration to go and combine a love I had for two different things and with some serious dedication managed to turn it into a profession.

You have a very busy gig schedule, starting out, was it hard at first to get gigs and what was your big break?

Yes, my gig schedule is crazy at the moment which is great! Initially, as with everything, I just wanted to get my foot through the door with a few local venues to learn how to jam to house music and this saw me play at many local venues in my sometime  of Lytham and Blackpool . I remember my first gig was paid in beer and a bag of crisps!

My first gig was actually with a good friend of mine Danny Howard (Radio One) who rang me and asked me to do a set with him at the Syndicate Superclub in Blackpool. I remember being extremely nervous because the club had not only massive reputation in the local area but worldwide. Put it this way I knew I needed to get some practice in before the gig!!!

You’ve been playing a lot Ibiza this season, what have been your highlights?

This one is really easy for me as playing this very really was my ultimate ticklist venue to perform. At the beginning of August 2017 I was privileged enough to be asked to perform at Cafe Mambos and I can honestly say the hype lived up to reality. This wasn’t just an Ibiza summer highlight but a career highlight so far!

Congratulations on your debut album My Vision on Discopolis, what did you set out to achieve with it and are you happy with the way it sounds?

Thanks guys! So the inspiration for putting together an album was quite simply to create a collection of records that were inspired from tracks that I had enjoyed listening to over the many years that house music has been one of my biggest passions- hence the name ‘My Vision’. The album has content suitable for your beach poolside chill together with content for the club with some straight up hands in the air anthems. Musically the album has a definite disco influence coupled with very Sonny Fodera-esq’ bass lines throughout all of the tracks. Couple this with some fantastic vocal lines (and a bit of sax!) I’m really happy with how the album is sounding and I hope everyone who downloads it does too!

There are a lot of collaborations on the album, who can we expect to hear and what did they bring to the table?

All the artist collaborations on the album were selected because of their unique ability to bring something different to each track. For me it was important that the album had an identity and each track also had something special in its own right and I felt that the inclusion of other talent would give the album this edge. Artists including Lisa Shaw, Mike City, Powerdress and Sweet Female make up some of the talent I have been fortunate enough to collaborate with on this album and each one of them bought something very different to the table.

Please talk us through your favorite track on the album

My favorite track on the album has to be ‘2 Hearts’ featuring Powerdress and Loeca. For me this track really strikes a chord with me because during my time in Ibiza this summer I have had a residency alongside a good friend of mine, Chloe Sharville (Loeca), who features on this track and it just reminds me of the great times time spent in Ibiza this summer. Not only that but the track is a really powerful track with a strong bass line pattern and Powerdress really pulled out all the stops with the amazing vocal line.

My setup has changed a number of times over the years but I’m currently running on logic x (off my iMac), a 5scarlett interface, dynaudio monitors, two x C414 mic’s, a Nord Electro ( I love some of the sounds on these keys), a selection of UAD plugins and a Neve preamp.

If you could have a ‘Sax-off’ with anyone in the world, who would it be?

Easy one this….. being a massive fan of her work it simply has to be the Lovely Laura! I’m friends with Laura so if she is reading this…. Laura, we need to make it happen!!!

For me this is a really hard one as I like such a wide variety of different genres (which will be obvious from my top 5 list but here goes…….  Sonny Fodera, Franky Rizardo, Just Kiddin, Satin Jackets and Sam Divine!

You’re based in Manchester, how’s the current scene there and where are your favorite places to play and hang out?

Manchester is booming! It’s always been a city that has been very kind to me and ultimately helped me achieve some great things with huge support! The music is   I play regularly at a range of venues like Neighbourhood (capable to lifestyle venues like STK) and the legendary Venus but in my own time I love to chill at the bars around Spinningfields. If I was to go for a big night out it would have to gee Warehouse Project or Gorilla…. some of the talent that they are booking at the moment is ridiculous!

What’s been your biggest success and your hardest lesson?

This is a difficult questions as some of the parties that I have played I can’t even talk about, but if were to think about the social environment  securing a residency in Ibiza is definitely hip there as this led to me being given the opportunity to perform at Cafe Mambo’s back in August- Mambo’s was obviously a career highlight. My hardest lesson has been making sure that you stick to your guns when you feel passionately about something and not letting other peoples opinions or judgement let you dampen your enthusiasm or goals!

How about career goals, anything in particular you have you set for yourself to accomplish?

Making the most of every opportunity is always something I have tried to so and I will always continue to do this. In the short term making the most of this album and hopefully being able to promote an international tour off the back of it would be incredible and in the long term I am keen to continue developing my artist management (Six15AM) business alongside my business partners Carl Hanaghan and Tom Lormor. Six15 Artist Management (Six15AM for short) is all about investing time in like minded people who want to succeed and I hope to use my experiences to help our team of live artists artists with their musical journeys in the electronic music industry!

My ultimate dance record is ‘Lola’s Theme’ by the Shapeshifters… for me it has great memories from the days before I even began performing and it doesn’t matter how many times I hear it it just manages to put a smile on my face!! A truly timeless record!

Finally, what’s coming next for Dax On Sax?

What’s next? Good question, well obviously the album is out now so I am looking forward to seeing how that goes, there will also be some singles released from the album too. Also off the back of the album we have received some great initial feedback which has also led to opening talks about a possible DaxOnSax international tour, which is very exciting so watch this space! 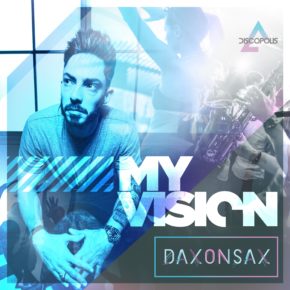 My Vision Album is out now on Discopolis via Traxsource