Premiere: Diego Amura Remixes 2000 and One’s “The Needs Of The Many” on OFF Recordings 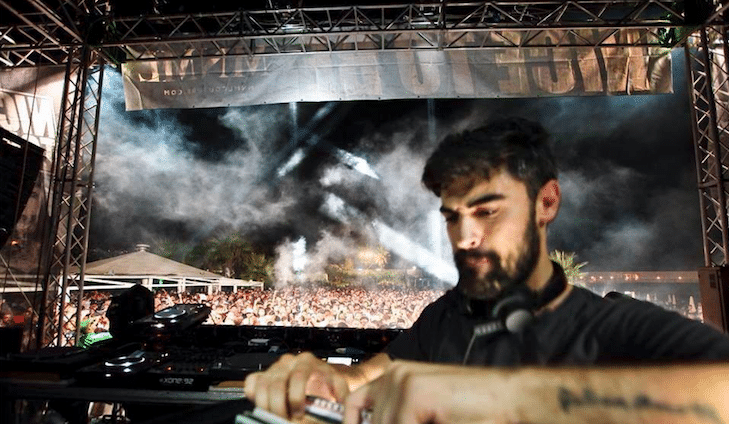 Premiere: Diego Amura Remixes 2000 and One’s “The Needs Of The Many” on OFF Recordings

2000 And One needs no introduction. A true techno legend, he’s one of the longest serving artists of our scene with a diverse and prolific release catalogue.

After debuting on OFF Recordings with a remix in 2018, he’s back with his first EP. “The Needs Of The Many“ kicks the release off, with an energetic groove and alternating phases of stripped back toolishness and a spacy pad.

Italy’s Diego Amura steps up as a remixer, creating a raw groove monster topped by an infectious synth hook on the basis of the EP’s title track.

Born in Naples in 1989, Diego developed a strong passion for electronic music as he was growing up around Neapolitan club culture as a teenager. He started mixing at the age of 15 locally, catching the eye of numerous promoters as he showed talented skills behind the decks. In 2011, he was chosen to be part of the infamous Nice To Be project where his collaboration granted him the possibility to grow and push the limits as an artist. It’s when his own style began to shape towards Techno that Diego was inspired to make his own music, and when his unique personality grew as an artist. His various releases are among respected labels such as MindTrip Rec, Etruria Beat, Konsequent Records, Planet Rhythm, ARTS, Nowhere etc. Diego’s career is developing fast with his prominent releases and his experience behind his music knowledge.