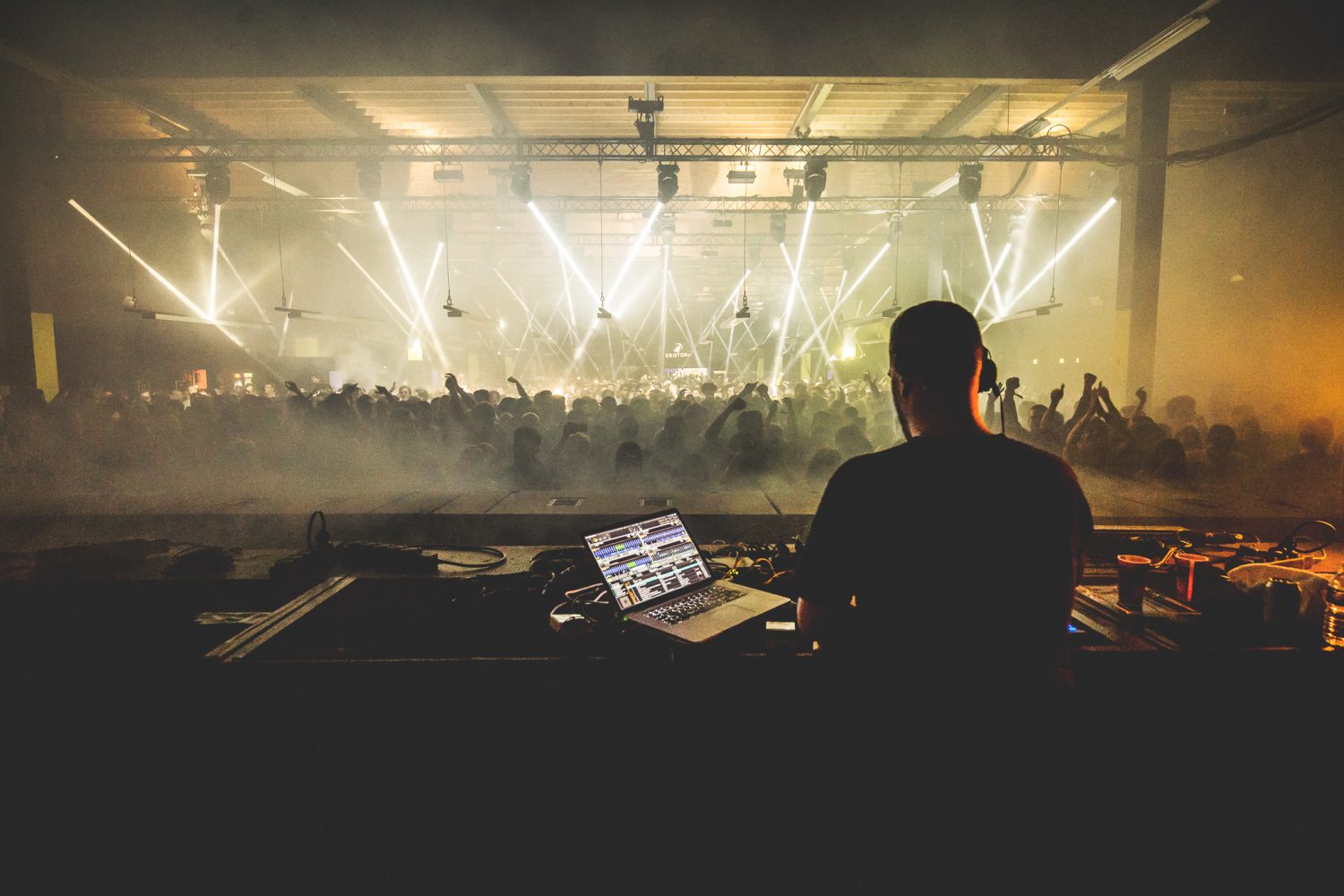 Cover photo of Speedy J at the Generator Stage. Photo by Martijn Barzilaij

With the entirety of Europe undergoing a period a electronic music festival expansion, Amsterdam remains at the forefront of the movement with literally hundreds of events of all sizes and scope occurring throughout the year. The Dutch capital’s passion for electronic music of all genres isn’t new, as its production of international-level DJs is a proof of.

Undoubtedly Amsterdam Dance Event, which takes place every October with now close to a half a million visitors and over 2,000 acts performing artists, remains the biggest and most-known of all electronic music festivals hosted in the city. Others, such as Awakenings, Dekmantel and DGTL have also been going on for years with a great international reputation to boot, reason for which we named them in our list of Top 13 European Techno Festivals. 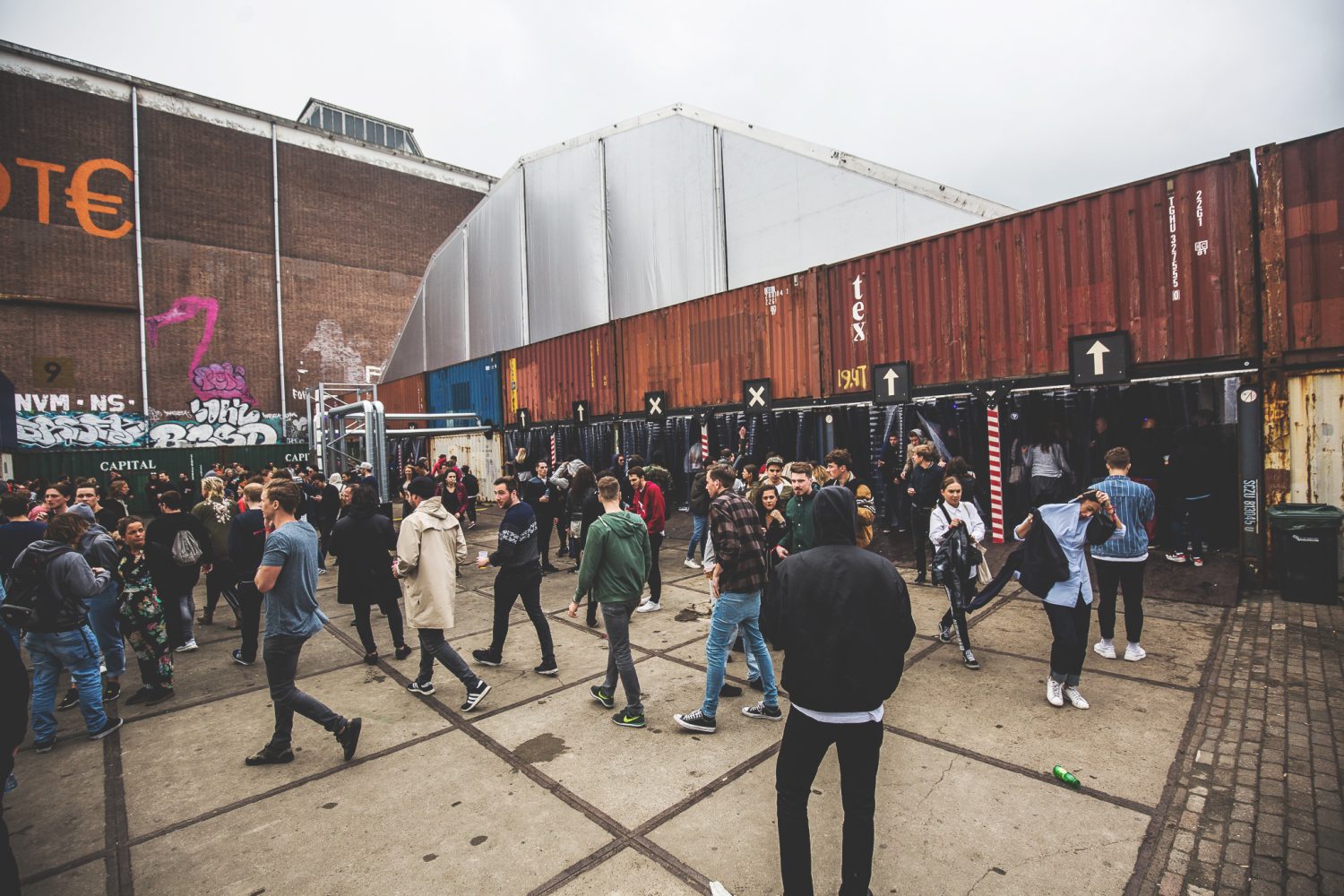 6AM made the trek to DGTL Amsterdam this past weekend for the fifth edition of the festival. Taking place at the NDSM Docklands on the north side of the city, DGTL began Friday evening and ended on Sunday, unofficially heralding the beginning of festival season in the canal-run city. The entire operation is extremely well run, as evidenced by the attention to detail paid by the organizers throughout the months leading to the event. This was no more evident than in their continued and always-improving efforts to be a sustainable and environment conscious festival. 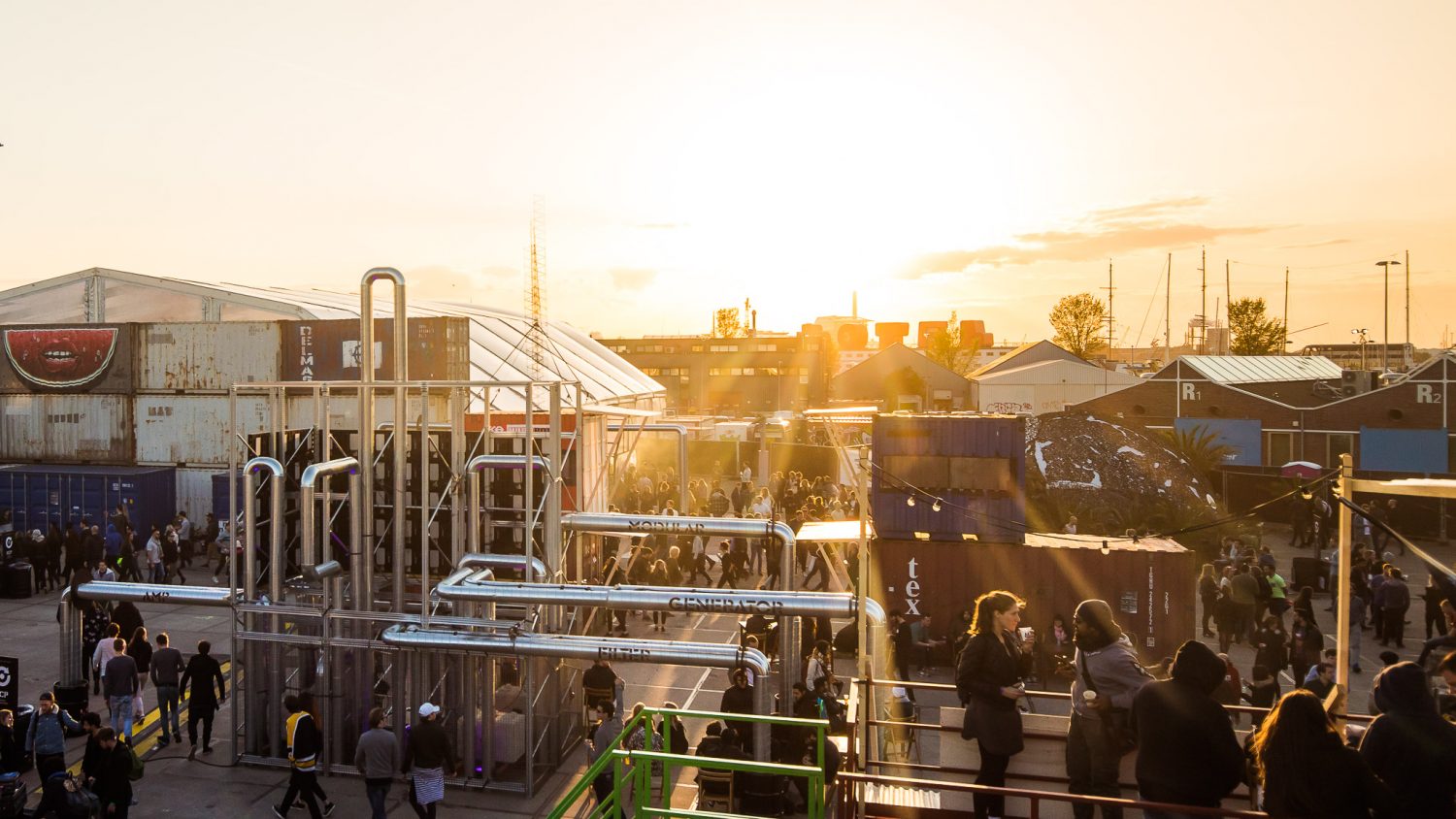 Entry was smooth, use of the lockers which were provided to store jackets personal belongings, and the festival’s cashless system were all a breeze. The latter in particular, which included the introduction of the new eco-coin currency to reduce lines for food and drinks all the while incentivizing attendees to keep the festival grounds clean, was a festival addition that should surely be adopted by other festivals throughout the globe. Essentially, festival-goers who returned their plastic cups or others found littered throughout the festival to a specially set-up booth received cashless currency on their bracelet which they could then use for food, drinks and other purchases throughout festival grounds. The novel idea worked, and it was not uncommon to see people picking up litter throughout the weekend all thanks to this incentive.

Spaced out across six separate stages, with four larger ones and two smaller more intimate settings, DGTL welcomed some of the biggest names in techno and house, all the while paying homage to some of the best talent to come out of Amsterdam and the Netherlands.

DGTL organizers did an excellent job with each of the stage’s productions, providing entirely different experiences at each location. The Generator Stage was ideal for the heavy techno housed there on Sunday, a true techno warehouse-in-a-festival experience with an impressive audio-visual production that perfectly fit the music played by the likes of TWR72, Kobosil, STERAC b2b Konstantin and Trouw’s former resident Sandrien. Anyone who closed out their Sunday with Dutch techno master Speedy J and then Rødhåd certainly did not go wrong, with the former performing one-and-a-half hour of pure techno perfection as only he can command, especially with the loyal Dutch dance floor firmly in the palm of his hand throughout the duration of his set. The Dystopian boss followed him ably, a testament to his own skills behind the decks considering just how powerful his Dutch counterpart’s performance was. The previous day, the Generator Stage hosted a selection of fine house acts, with HVOB and Max Cooper providing the chunk of afternoon music to the delight of the thousands present, and Stephan Bodzin entrancing the crowd with his closing set of the day. Cooper in particular was the mastermind of one of the most diverse sets of the weekend, all thanks to a delivery that combined interesting house cuts, deep sounds and drum and bass. 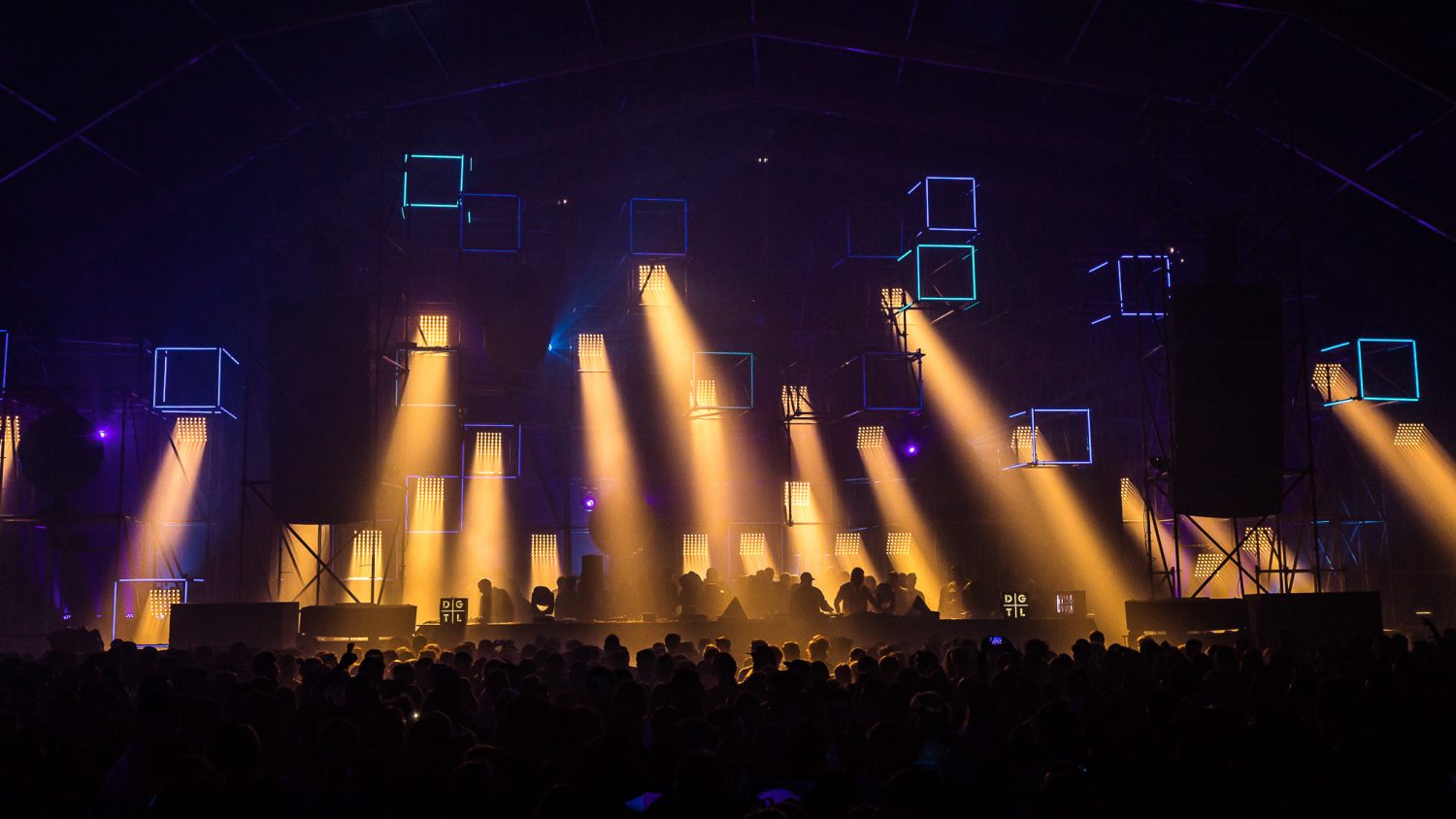 The Modular Stage. Photo by tomdomscom

The Modular Stage next door was also one of the festival’s biggest ones. On Saturday it was headlined by Hot Creations boss Jamie Jones and his signature tech house sound, but it was Amsterdam-bred Tom Trago that truly kicked it up a notch right before him with a brilliant heavy-hitting house performance that included new un-Shazamable tracks and classics alike. Sunday’s lineup at the Modular Stage was impressive, with Black Coffee and his afro-house sound taking over early in the day before giving space to Motor City Drum Ensemble, Talaboman and Mind Against before the closing set by DJ Koze. The Life & Death duo set up the space for Koze perfectly, combining for performance that included their usual spatial sounds, dystopian techno and sparse lyric elements. 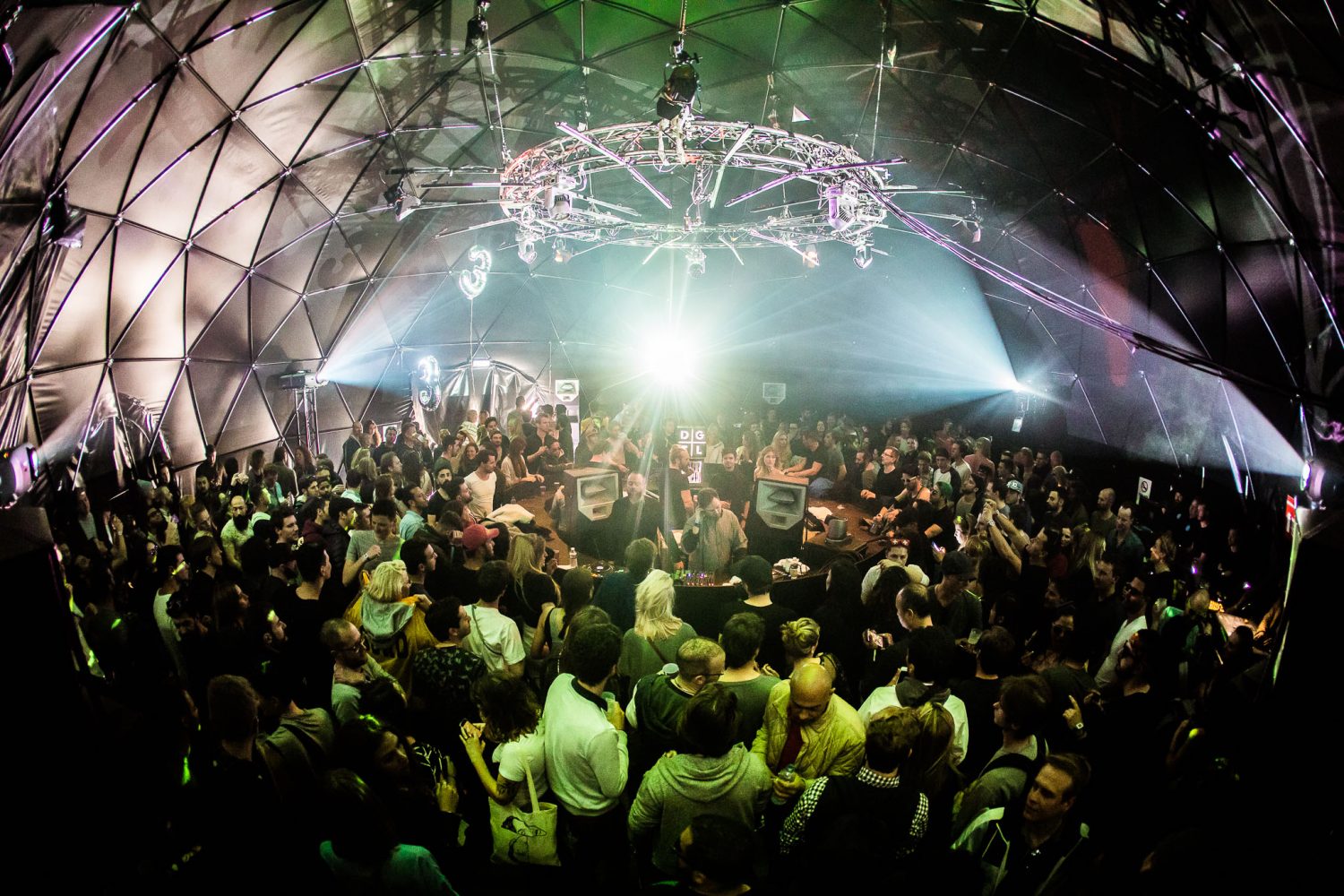 The Gain by RA Stae. Photo by tomdomscom

The two stages right across the bridge may have been the smallest of the entire festival, but they provides intimate performances with some of the biggest names in the international DJ circuit. At the Gain by RA stage attendees who managed to get in the small tent on Saturday witnessed performances by the likes of Jennifer Cardini, Fort Romeau and the pièce de résistance back-to-back pairing of Maceo Plex and Lord Of The Isles. Naturally there was a long line out of the “door” for this last one, with probably less than 200 getting to experience the 360-degree set-up inside the black tent organized by Resident Advisor. We managed to get in on Sunday, when Voiski had the crowd in a frenzy during his live set before giving way to American techno producer and DJ Matrixxman.

The slightly bigger Filter Stage was the home of house music all weekend long: Saturday’s highlights included Leon Vynehall closing out the night by going back-to-back with Panorama Bar resident Ryan Elliot, as well as an earlier powerful set by Jeremy Underground. On Sunday the likes of Detroit Swindle and Midland gave way to a packed stage for Joy Orbison and George Fitzgerald, who closed out the weekend with a back-to-back set. 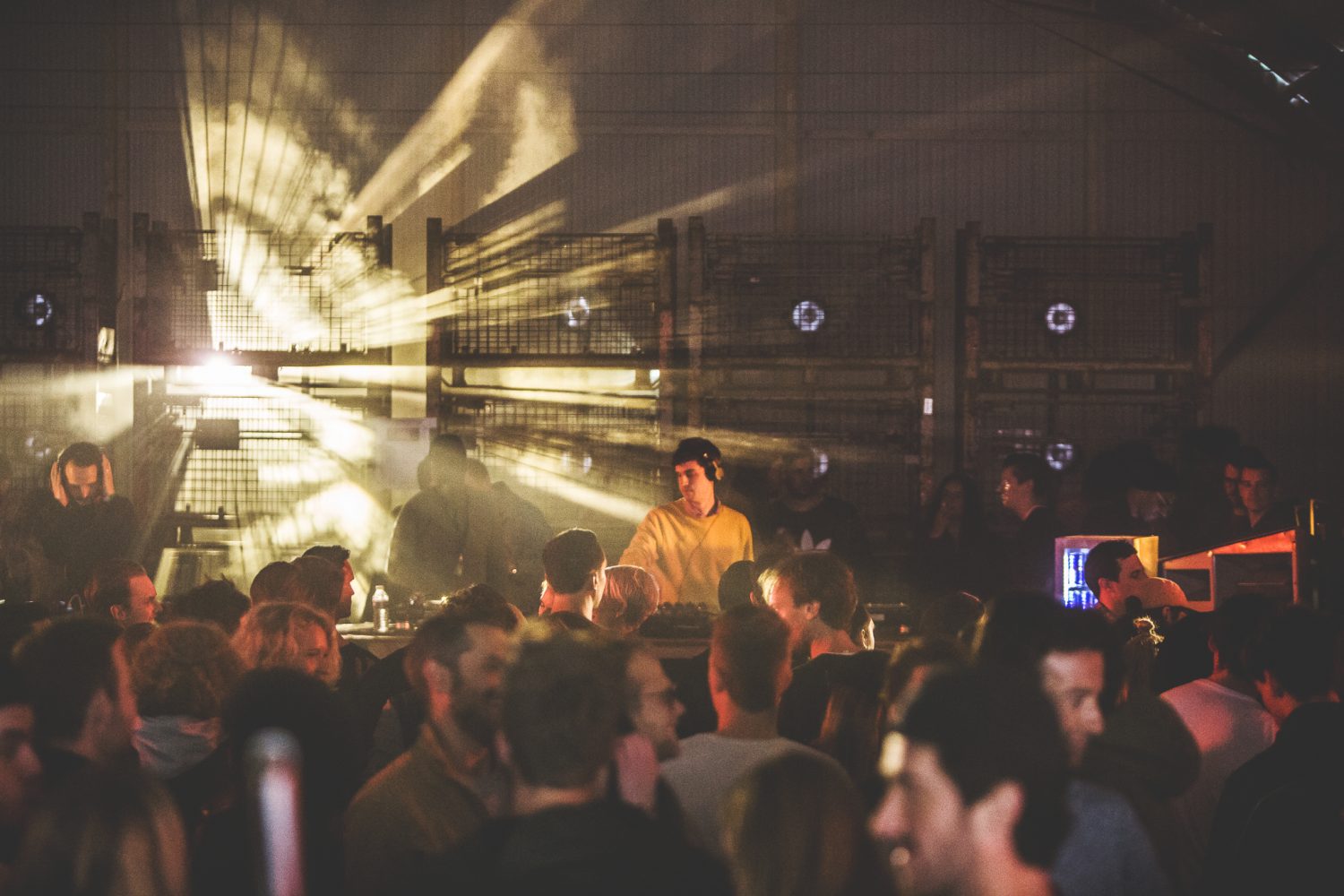 Our second favorite stage after Generator was undoubtedly the Frequency Stage. Set-up as a literal green house, it allowed for the Amsterdam sun to filter in and warm up the dance floor inside. The space was also adorned with plants and palms, giving it a true exotic and outdoor feel despite the 40-50 degree temperatures outside. Norwegian DJ and producer Skatebård was one of the must-catch acts of Saturday afternoon for us, and he did not disappoint, bringing italo disco, spaced-out electro grooves and acid to the warm grooving room. On Sunday it was the turn of Satori to steal the show, in our opinion with the best house set of the entire weekend (at least out of the ones we had the pleasure of witnessing). The Dutch producer and DJ put together a spellbinding performance filled with deep synths and melodic build-ups, mesmerizing all present from the first note until his set was over.

Last but not least, the LED-clad Amp Stage was taken over by two of the world’s biggest heavyweights on consecutive days. On Saturday it was the turn of Maceo Plex’s Mosaic, with a lineup that included a powerful set by the masked Redshape, acid house from enigmatic duo Paranoid London and of course a closing performance by Eric himself in front of one of the weekend’s biggest crowds. On Sunday we visited the Amp Stage for Dutch producer Job Jobse, whose powerful deep tones and techy vibes had the entire crowd in a frenzy. We also popped in at the end of the night to check out Resident Advisor’s number 1 DJ Dixon, who expectedly commanded a large crowd with a signature Innervisions-inspired set with an emphasis on rigorous selection, attention to detail and enduring quality. Starting out low, slow, unfolding the flow, working towards a peak, then working towards another, turning up, turning down, to find the exact moment to switch the mood, to find the perfect way to end what should be a lasting experience. It was the perfect way to end the fantastic DGTL experience. 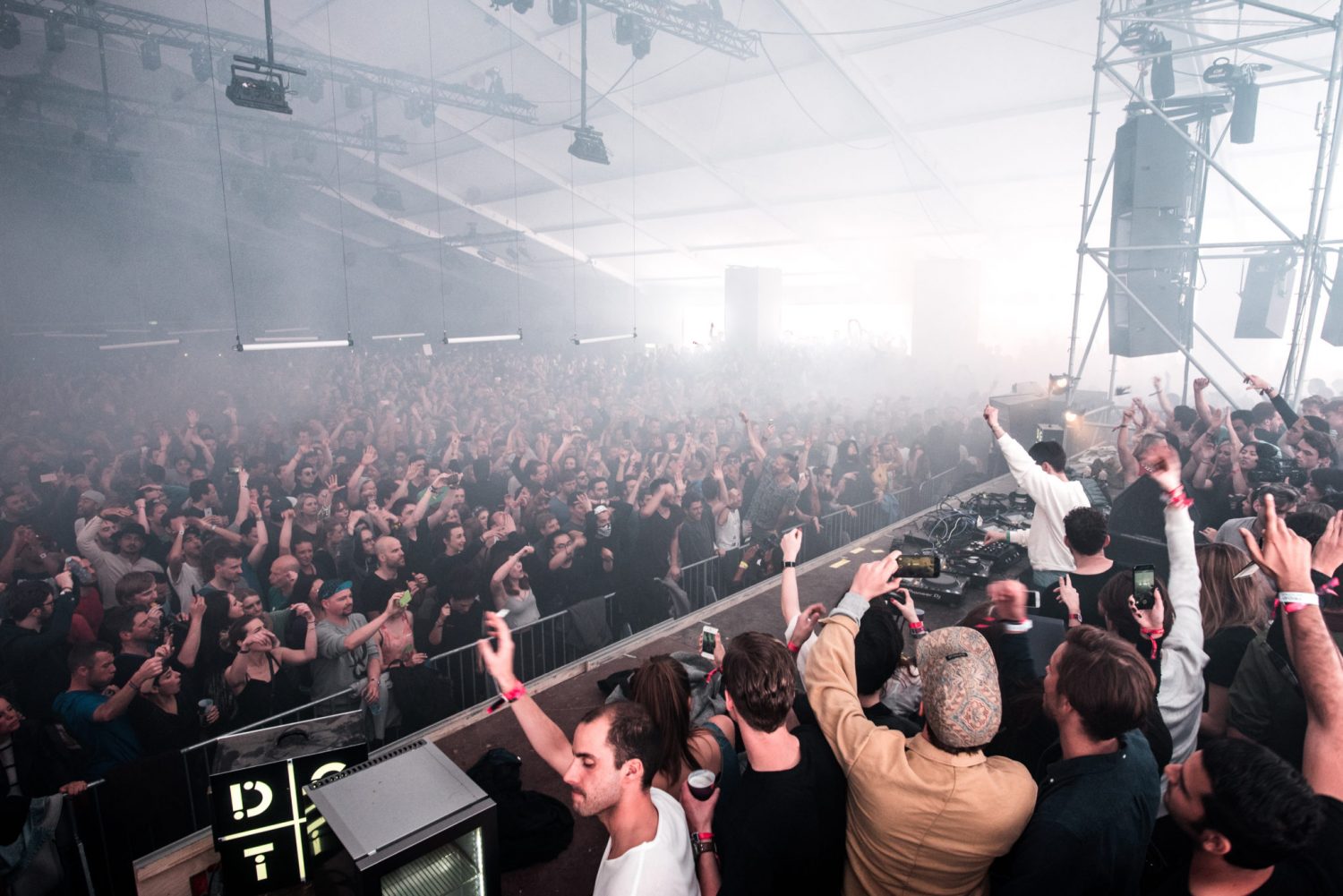 Dixon at the Amp Stage

When all was said and done we walked away from DGTL wanting more, and not because we didn’t get enough. In fact it was so easy to navigate the grounds, so enjoyable to be amongst the amicable and welcoming crowd and so fun to be surrounded by that amount of quality music that we were simply disappointed that the weekend was over already.

The organizers behind DGTL have managed to master the perfect balance required to pull off a truly successful festival of that size. The focus remains on music, with everything surrounding it working together seamlessly to further underscore and highlight the musical experience for all attendees. At no point during the weekend did we witness anything out of place or of concern, and in fact it seemed almost too strange at times that everything was working so smoothly. But that is the nature of DGTL’s well-crafted organization and mission, truly cementing the brand as one of the leading techno and house festivals in the world.

DGTL is returning to ADE this year and is also landing in Barcelona and São Paolo later this year. If Amsterdam’s continued success is anything to go by, we strongly recommend that you pay the Spanish and Brazilian editions a visit if you have the chance!