Detroit, LA, Chicago and NYC Combine For Only Day Party at The Works During Movement Weekend 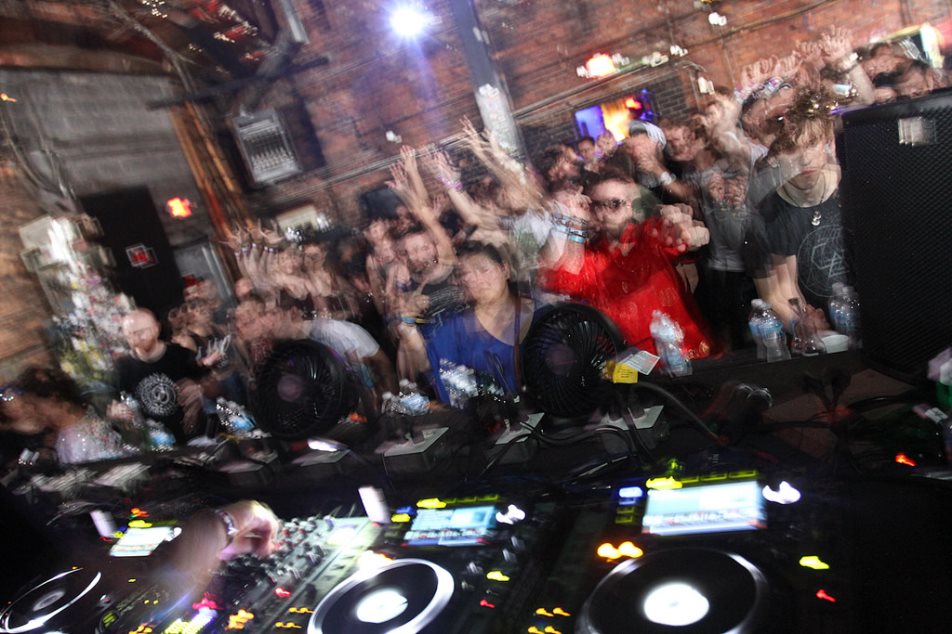 Detroit, LA, Chicago and NYC Combine For Only Day Party at The Works During Movement Weekend

Movement weekend is undoubtedly the busiest four days of techno and house in the United States all year. On top of the three-day festivities at Hart Plaza, the city plays host to over 50 day and nighttime parties featuring diverse lineups and genres, from more underground sounds to dubstep and drum and bass.

And this year, for the first time ever, outfits from Detroit, Los Angeles, Chicago and New York City combine for the only daytime party of the weekend to be hosted at The Works — one of Detroit’s most iconic and respected venues. An industrial three-room space known by techno aficionados around the United States as the home of some of Detroit’s best techno events, this year The Works will be hosting four nighttime parties featuring some of the best techno lineups of the entire weekend including Tommy Four Seven, DVS1, Lucy, Luis Flores, Dadub, Hypoxia and Audio Injection, just to name a few.

On Sunday May 28th Synthetik Minds (LA/Chicago), AudioBite Records (Detroit) and Terminator Records (NYC) are all combining with 6AM for Synthetik Audio, a daytime party that will see all three rooms at The Works feature some of the best techno and house from all these major United States cities and more. 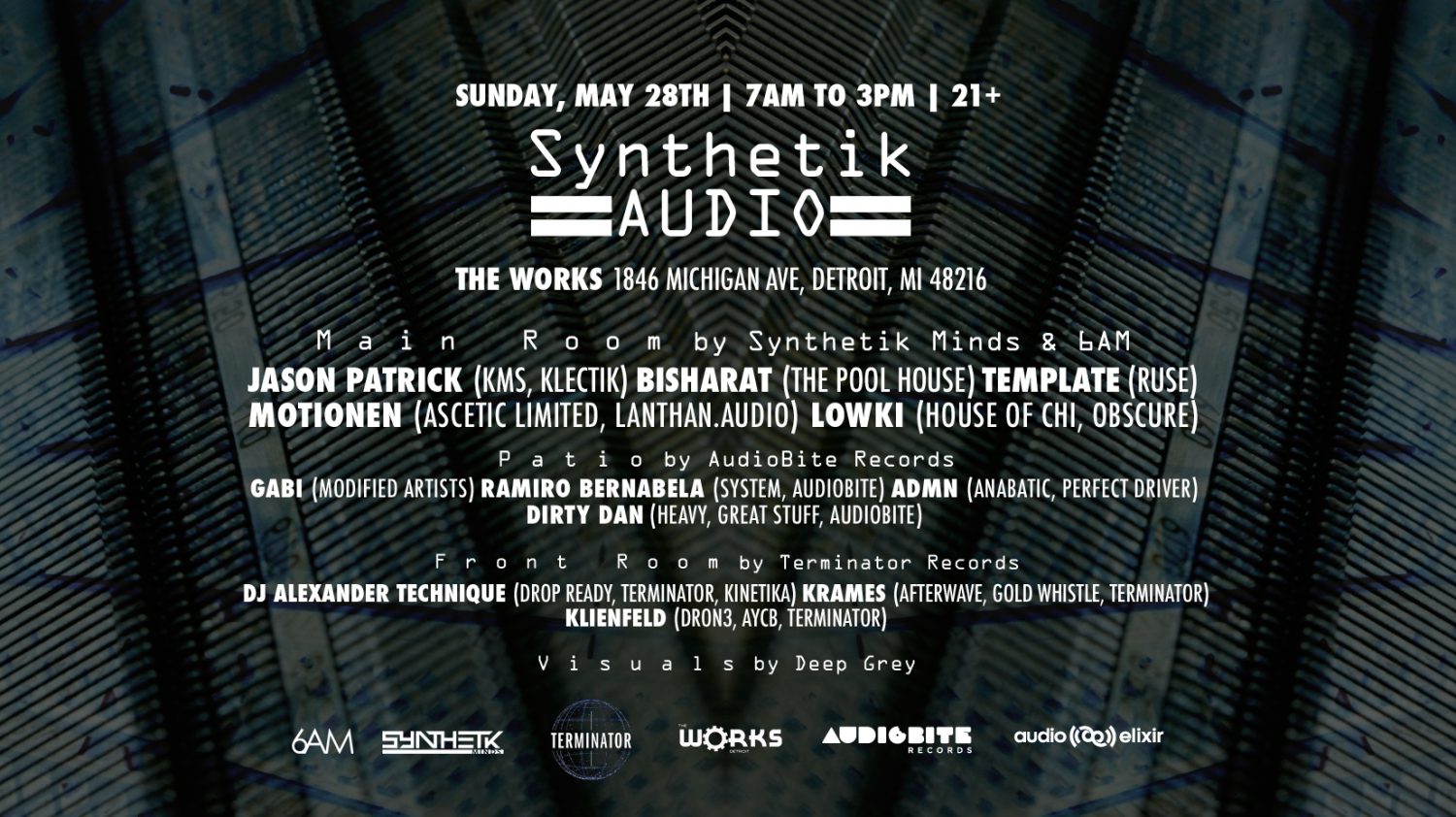 New York City’s Terminator Records is a label with a pretty straight-forward message: veteran Todd Terry wanted to start an underground Techno label featuring the best of Brooklyn, and so he did. The imprint will be hosting the Front Room at The Works with some of New York City’s best techno acts all slated to perform, including Drop Ready’s Alexander Technique, Afterwave co-founder Krames and prolific dark minimal techno producer Klienfeld.

The outdoor patio will be taken over by AudioBite Records. Detroit through and through, the label and event company has put together a roster of local artists that represent the richness of Detroit’s current wave of house and techno to perfection. Gabi, who is no stranger to The Works thanks to her participation with the famed Scene parties hosted there by Blank Code, will be joined by AudioBite’s own Ramiro Bernabela and Dirty Dan. Completing the lineup is ADMN, the bass-heavy producer who has caught plenty of eyes (and ears) with his releases on Anabatic Records and Perfect Driver.

And finally, in the Main Room, it will be the turn of some of the best local talent Los Angeles and Chicago have to offer. Synthetik Minds combine with 6AM to take you on a techno journey courtesy of Detroit-born Jason Patrick, resident at Spybar Chicago and owner of Klectik Records, The Pool House head-honcho Bisharat, Ascetic Limited founders and rising techno duo Motionen, Ruse Techno’s Template and House of Chi/Obscure resident Lowki.

This exclusive daytime party, which is scheduled to run from 7am until 3pm, promises to be the perfect way to keep the party going from Saturday night, or to get your Sunday started depending on your other weekend plans. Expect a top-tier sound system, which will be used for all events at The Works throughout the weekend, and visuals by the talented Deep Grey!

Tickets on Resident Advisor start at cheap $9, with door price at $15. Head to the Official FB Event for more info.