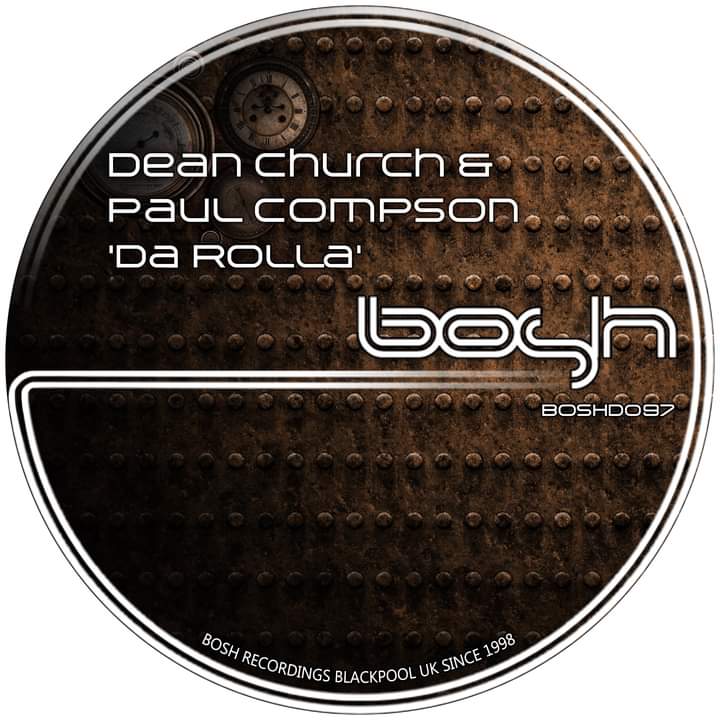 Following last year’s “Red or Blue,” Dean Church and Paul Compson return to Bosh Recordings with a bang. The duo met in Ibiza in 2019, hit it off right away, and decided to make some tracks together. Dean, from Northern Ireland, is co-founder of Audio Analysts and has been producing for a good number of years. Paul is resident in Ibiza where he operates Fade, the island’s coolest radio station.

Da Rolla EP is a rolling, percussive journey with strong late 90’s west coast vibes. Intense, dubby, and atmospheric with pumping sub-bass would be the best way to describe their latest project. The arrangement snakes smoothly but purposefully as the track opens layered like a flower in bloom.

Mica UK lends her remixing skills.  She has crafted a musical imprint that seamlessly connects the dots of her journey from the northwestern coast of Europe taking center stage at worldwide events. Spinning back and forth between intimate spaces and global stages, she has played mixes alongside the likes of Robert James, Marco Effe, Shaun Reeves, Nakadia and Juliet Fox. She also has shared the spotlight at Epizode Festival in Vietnam on the Eggs Stage. Building herself up from the underground, her fiery passion set alight across Southeast Asia. Mica co-founded Phoenix Room in China, Rising Soul in Japan and the Philippines and also runs an online radio show on Scientific Sound Asia from Vietnam. For this remix, Mica turns the elements inside out to create a deep, dreamy cocoon of sonic beauty underpinned by its tight percussive bedrock taking the journey on a different path.

The package is completed with a remix from label owner Toka. With recent releases on labels including Family Grooves, Household, and Slightly OFF, Toka further demonstrates his approach with this heavy, hypnotic workout. Focussing on the percussive elements, Toka introduces a fresh driving sub-bass, string stabs, and analog patterns that twist through the arrangement bringing a new level of intensity.