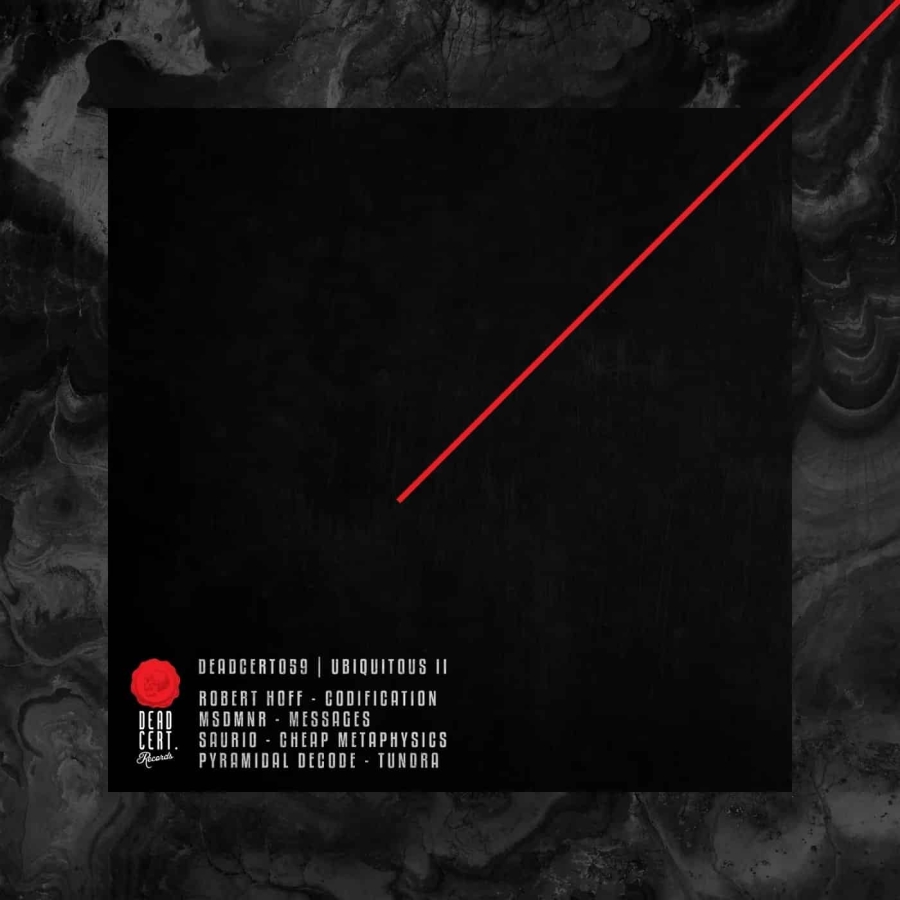 DEAD CERT. Records is not only a standout U.K. techno label with a quality output including artists like Petter B, Roberto, Eomac, and DJ Spider, behind the label is also the highly respected deathtechno.com project that has been supporting the techno scene since 2010 with mixes, premieres,  and a variety of exclusive content.

The four-track VA leads with Portugal’s Robert Hoff, an artist previously known as Robert S who has released on labels such as Hans Bouffmyhre’s Sleaze, Noir’s Noir Music, and Marco Bailey’s MATERIA. His opener titled “Codification” is a hypnotic masterclass with a bleeping, haunting hook that we can definitely see filling a club with understated excitement.

MSDMNR also makes his debut on the release with “Messages” and the Berlin-based veteran brings an instant injection of energy along with a jackin’ funk and quirky modular sound crafting. MDSMNR has released on labels like Ricardo Garduno’s Illegal Alien, Kaiser’s K S R and the iconic HAYES Collective run by top artists like Temudo, Nørbak, and VIL.

Read Next: 6AM Guest Mix: AVIVX

Third on this release is Saurio, a Venezuelan artist now based in Colombia who has released on Bruno Ledesma’s Concepto Hipnotico, Corpus Black, and Diffuse Reality while returning to DEAD CERT. Records for a second appearance following “Algerian” that is now sitting in the label’s top 10 charts. Saurio’s “Cheap Metaphysics”, is a track that pushes forward with a rolling bassline and a creepy intensity from its superb sound design.

Closing out the package is Pyramidal Decode returning to the label after the great Olympic Era release from November 2021 and a more recent cosmic “Axes” VA track on the inaugural Ubiquitous I EP. The highly sought-after Italian producer is already making waves by landing on Jeff Mill’s Axis Records, Developer’s Modularz, and Abstract Division’s Dynamic Reflection. “Tundra” moves things into a new realm with a broken beat and rolling tones that create a leftfield groove for those who can appreciate something a little outside the box style-wise.