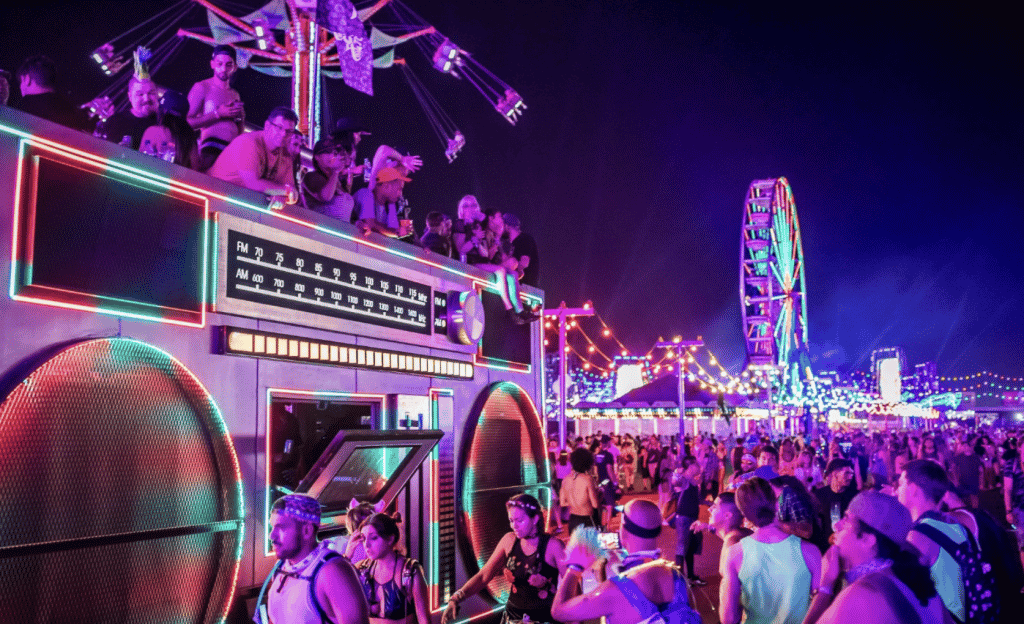 Some people in D.C. had a serious problem with the noise coming from Project GLOW Fest, a two-day electronic music festival.

As workers packed up from the weekend Glow festival that ended Sunday night, the complaints continued to pour in to the city government. A weather phenomenon called an inversion was reportedly over the RFK Stadium area where the festival was held, sent low frequency sound waves for miles, sparking complaints from Cheverly, Maryland to Northeast DC.

On 21st street Northeast, Paul Dwyer says he and many of his residents were upset yesterday. He said the windows of their home were rattling because of the sound from RFK, four miles away.

“It’s just a constant boom, boom, boom. It just was driving us crazy over here. All our neighbors were upset about it,”said Dwyer.

At a news conference on small business, Mayor Muriel Bowser told reporters she’s learned that a number of residents are upset.

“There was some mix of the music with the weather system that bounced the sound further than anticipated,” Bowser said. “One thing I do want to check into is how late it was going, but I know a lot of people were disturbed by it so we certainly regret that.”

Bowser also said she thinks standard time for such events to end is 10 p.m., and it appears GLOW fest was granted more time, possibly until 11 p.m.

She said, like some residents, she thought city’s noise ordinances required such venues to stop by 10 p.m. However, Events DC, which handles such events says that the Glow Festival had a permit to play until 11 pm, and all city agencies involved were aware. Though in a statement Events DC said it made changes based on complaints about the event.

In neighborhoods close to RFK, residents complained about the noise and the attendees. ANC Commissioner Denise Krepp says the sound rattled their homes until 11 Sunday night, a next-day school night and work night.

“The closer you lived, the more your house rattled,” said Krepp.

She said while city officials are celebrating bringing people back to the community for events like concerts, she was not.

“Well congratulations you’re bringing people into the community? Those people are dumping trash, they’re urinating in our allies and they’re driving while they’re drunk. Not something I want to welcome,” Krepp said.

Yet, another member of the neighborhood, Bonnie Uhmer, says she has no problem with the noise.

“I used to come here with my kids to concerts,” before she moved here, said Uhmer, “And you live near a venue like this, this I what you expect. I honestly can’t complain about it,” she said.

Read Next: Shrek-Themed Raves in the Works in Major U.S. Cities

“Project GLOW is a vibrant celebration of over two decades of the DC dance culture that Club GLOW has cultivated. Join us for the first two-day, two-stage dance festival in the heart of D.C. at RFK Festival Grounds on April 30 & May 1,” the website states.

The festival was hosted by Events DC in an arrangement with RFK.
Originally reported by ABC 7 News.