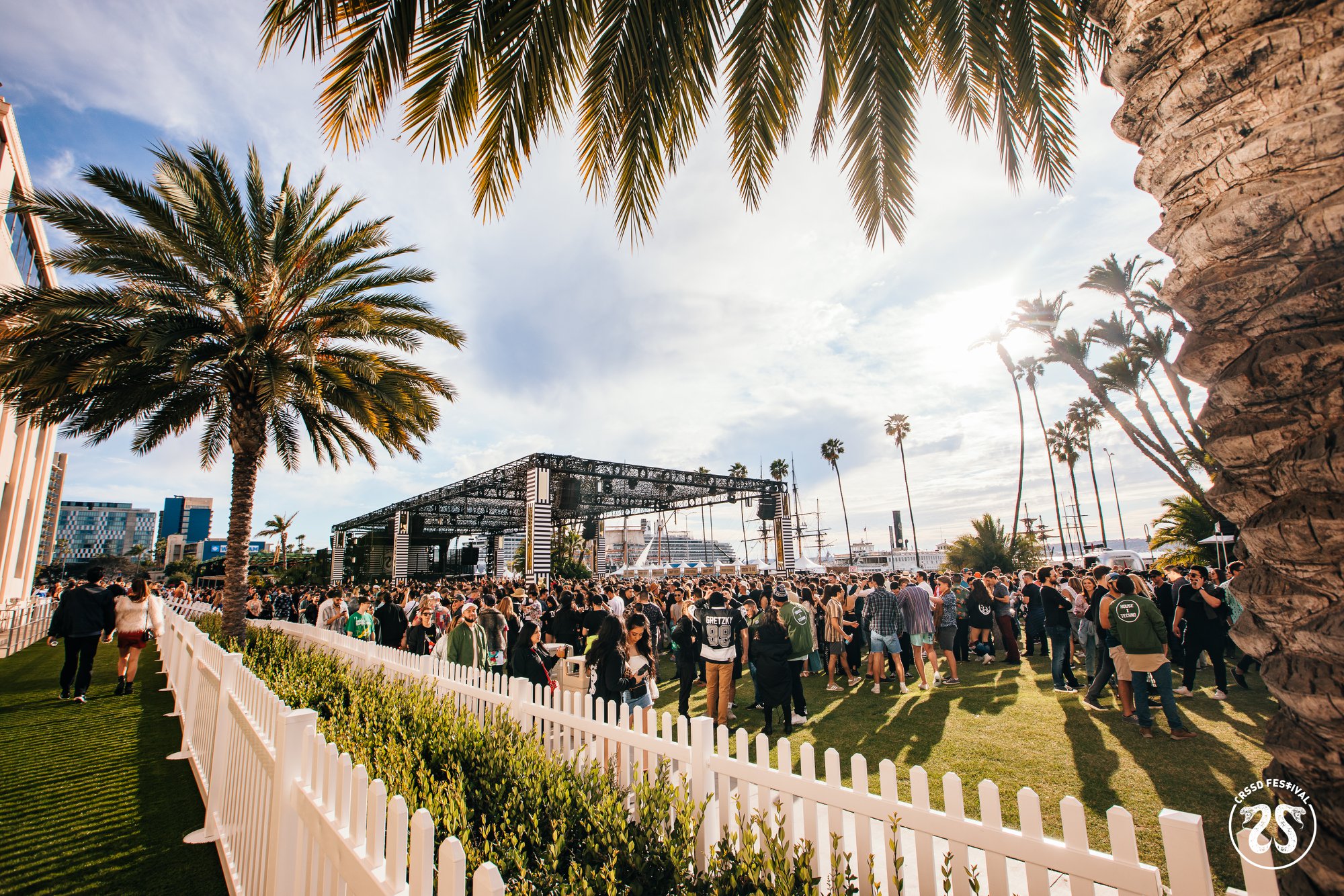 San Diego’s summer season looks set to kick into another gear with the launch of DAY.MVS in Waterfront Park this August. The two day city-center festival will touch down on the beautiful grassy oceanfront location August 7 + 8, showcasing some of the most popular names in electronic music.

Brought to you by the crew behind the beloved CRSSD Festival, which this week hinted at a possible Fall return, DAY.MVS will be a back to basics two stage event focused on house and techno.

DAY.MVS’ August edition will be led by the immensely popular Grammy nominated tech-house sensation Fisher, a larger than life personality who was formerly a pro-surfer, who has deep ties to the San Diego region. He’ll be joined by the melodic and progressive house star Lane 8, who will help curate a stage on Sunday. US house icons MK and Felix da Housecat, will also line-up alongside the rapidly rising talents of Nora en Pure and Monolink.

Down the stacked line-up highlights also include a special back to back between Tiga and Danny Daze, a rare SoCal performance from Maya Jane Coles’ Nocturnal Sunshine alias, a live set from Recondite, Yotto and Jeremy Olander going back to back and of course a set from the beloved resident Lee K. Elsewhere The Sponges and Yung Bae will bring the sunshine and funk. 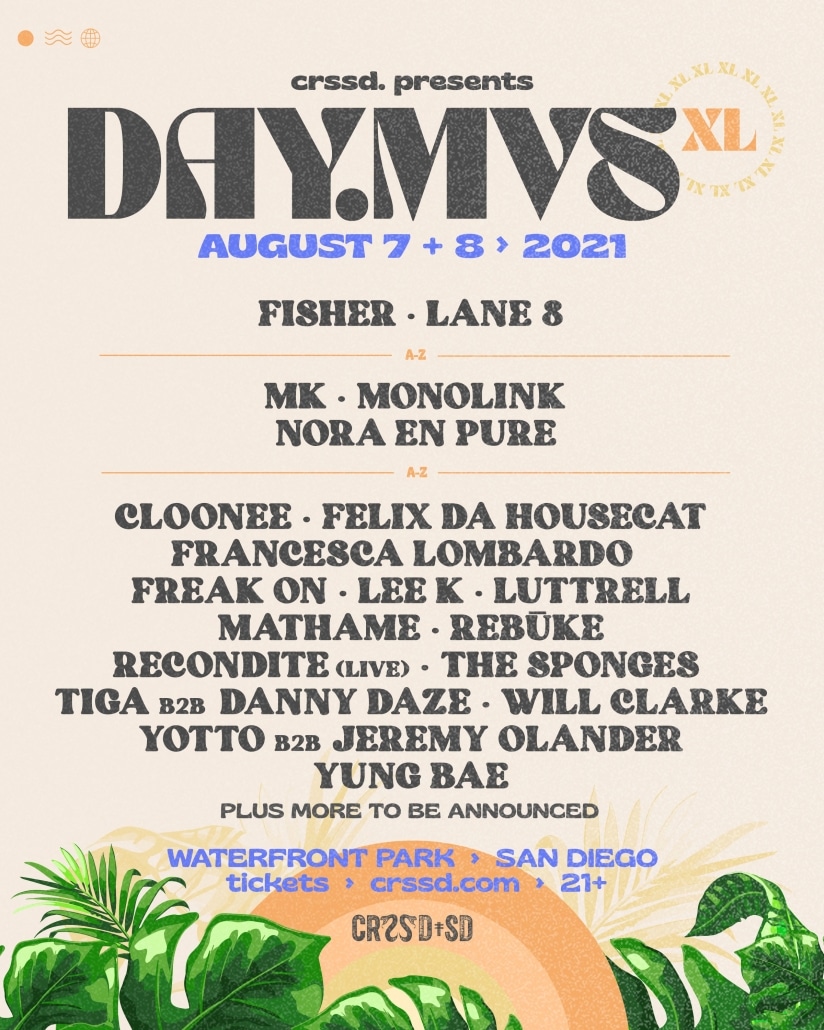 DAY.MVS will host after-parties across the city in San Diego venues, as well as setting sail for after-hours events on a boat departing from the Waterfront Park location. Food and beverage offerings will include food stands, mixology programs and pop-ups from local San Diego faves.