Dax J Has Nothing Further to Prove 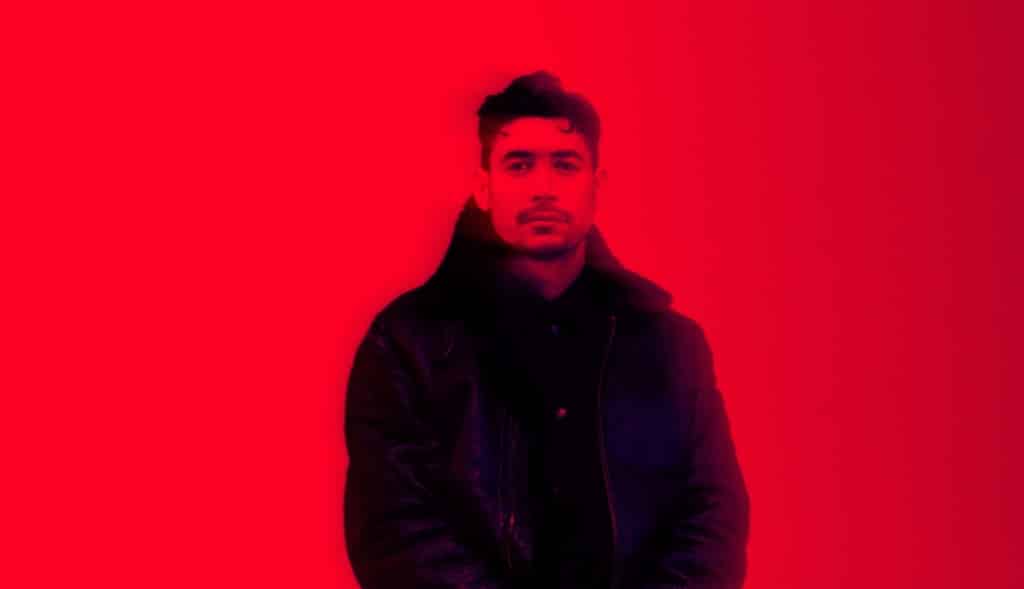 Dax J Has Nothing Further to Prove

Since the 90s, young, impressionable Brits far and wide have been inspired by the burgeoning underground scene of the U.K. where garage, DnB, jungle and more reign supreme. While he has since largely deviated from those sounds, the indelible Dax J is no stranger to returning to his roots. Despite being one of the most sought-after names in techno these days, Dax can still surprise crowds, as he did with his 19-track compilation Soul Enforcer LP to benefit the ongoing Ukrainian crisis. There is no doubt that Dax J, born Dax Heddon, has built one of the most dedicated fan bases in all of modern-day techno. His roots run deep; Dax began DJing on pirate radio stations and going crate-digging every week in his hometown. Over a decade later, and he’s headlining a jet setting performer, curating his own Monnom Black label party in collaboration with notorious underground Dutch promoters Reaktor at Amsterdam Dance Event.

Dax no doubt hit the big leagues with his breakout 2018 album Offending Public Morality. Warehouse party-goers couldn’t escape 2018 without hearing the scintillating sounds of techno’s latest power player. Even though Dax had been releasing music prior to his penultimate release, no doubt Offending Public Morality thrust him from regional notoriety in Europe onto an international stage. Not one to slow down even in the face of such depressing times, Dax followed up his 2018 release with Utopian Surrealism in 2021. He has been yearning for the day he could be playing new music for people, as any DJ would.

We caught up with Dax J ahead of his headlining set at the REFORM festival in Los Angeles as he returned to the city for the first time since before the pandemic. With a new album in tow, Dax was ready to hit the ground running playing shows again.

6AM In Interview: Dax J

6AM · 6AM In Interview: Dax J Has Nothing Further to Prove

“It’s been great to be back. I’ve really missed it actually. I realized during the time off, I actually really needed it. Not the time off. I need the gigs because without the gigs, I started to go a bit crazy. Actually got a bit depressed as well. Just like too much time to think and too much time at home.”

Dax’s passion for performing only solidified during the pandemic

Even though shows stopped, Dax did not let the pandemic stop him. The love for the underground and desire to help the Ukrainian people galvanized Dax to release 19 of his previously unheard tracks to the public for the first time. When Russian forces invaded Ukraine, Dax reached into the depths of his hard drive to put out the 19-track compilation Soul Enforcer LP, a marked deviation from some of his previous releases. Not to be pigeonholed as just another techno artist, the never-before-released tracks encompass the diverse inspirations for Dax when he’s creating music.

“There’s some jungle tracks in there. Some breakbeat- this stuff I made from that 2005 experimental stuff. So, when I’m releasing that type of music, then it’s good to put it in a long player form because it’s something  you’re going to listen to more on Spotify…. half of those tracks, you wouldn’t play in the club. So that’s why I did it as an album.”

Dax’s Soul Enforcer LP is music he wouldn’t necessarily play during a set, making it a special treat

Perhaps other artists can learn from Dax’s lead. Experimentation is the spice of life, after all.

Even though Dax is now a bonafide global heavyweight in the dance music scene, he never forgets what it’s like to crate dig and the excitement of showing crowds new music. While some artists can become complacent as their star power grows, Dax hasn’t lost his desire to continue creating and branching out.

“I look for music and I make music and then on the weekends I play it and I test it. And yeah, like I say, if I don’t do those things, that’s when you lose a bit of excitement. So if I haven’t got any new music for a gig from like the previous gig, then yeah. It’s just not as exciting. I’m really excited tonight. I’ve got like two new tracks from like a famous artist. He sent me some tracks to potentially release and I was going through it in the hotel and I was just really excited to play it.”

Dax J and his passion for new music

To Gatekeep or not to Gatekeep? That is the Question.

Despite being a globally recognized genre, the techno community is divided when it comes to promoting techno within the mainstream. Because of its underground roots, many fans in techno bemoan how corporate it has seemingly become. Nothing highlights this chagrin of hollow-less 4×4 kick drums than a DJ being labeled “business techno.” While tech-house may have been the flavor for DJs to promote within the past few years, some mainstay mainstage DJs, such as Hardwell and Oliver Heldens are using the primetime to showcase the sounds of techno. What does Dax think about this?

Read Next: Is Business Techno Officially in Business?

“Well, I think it can only be a good thing in terms of like bringing people, bringing more eyes to techno. He’s [Hardwell] obviously got a big following in EDM. I haven’t heard his set that you talk about, but it can be like a gateway, maybe these people are into EDM and then Hardwell gives them one of his techno sets. And then people are like, oh yeah, I like this sound. And then maybe they dig a bit deeper and they’re introduced to more underground sounds. So that’s definitely a benefit, obviously people could argue that there’s some negative sides to it… But I guess there’s pros and cons of everything. You can always find negatives in anything really, but you can definitely find positives in it.”

Regardless of where you started in your music journey, it’s where you end up that matters. While Dax started on a much different path musically, his ultimate destination was techno superstardom. By continuing to surprise us with his musical depth and knowledge, Dax J certainly has nothing further to prove. Yet, that doesn’t stop him from continuing to create.

“I’m predicting this year and next year could be the best years we’ve had for music in a long time, just because of all the time off that everyone’s had, I know that is the case for me, I’ve made loads of music.”

Dax predicts an exciting shake-up for the music scene due to all the time artists had to create.