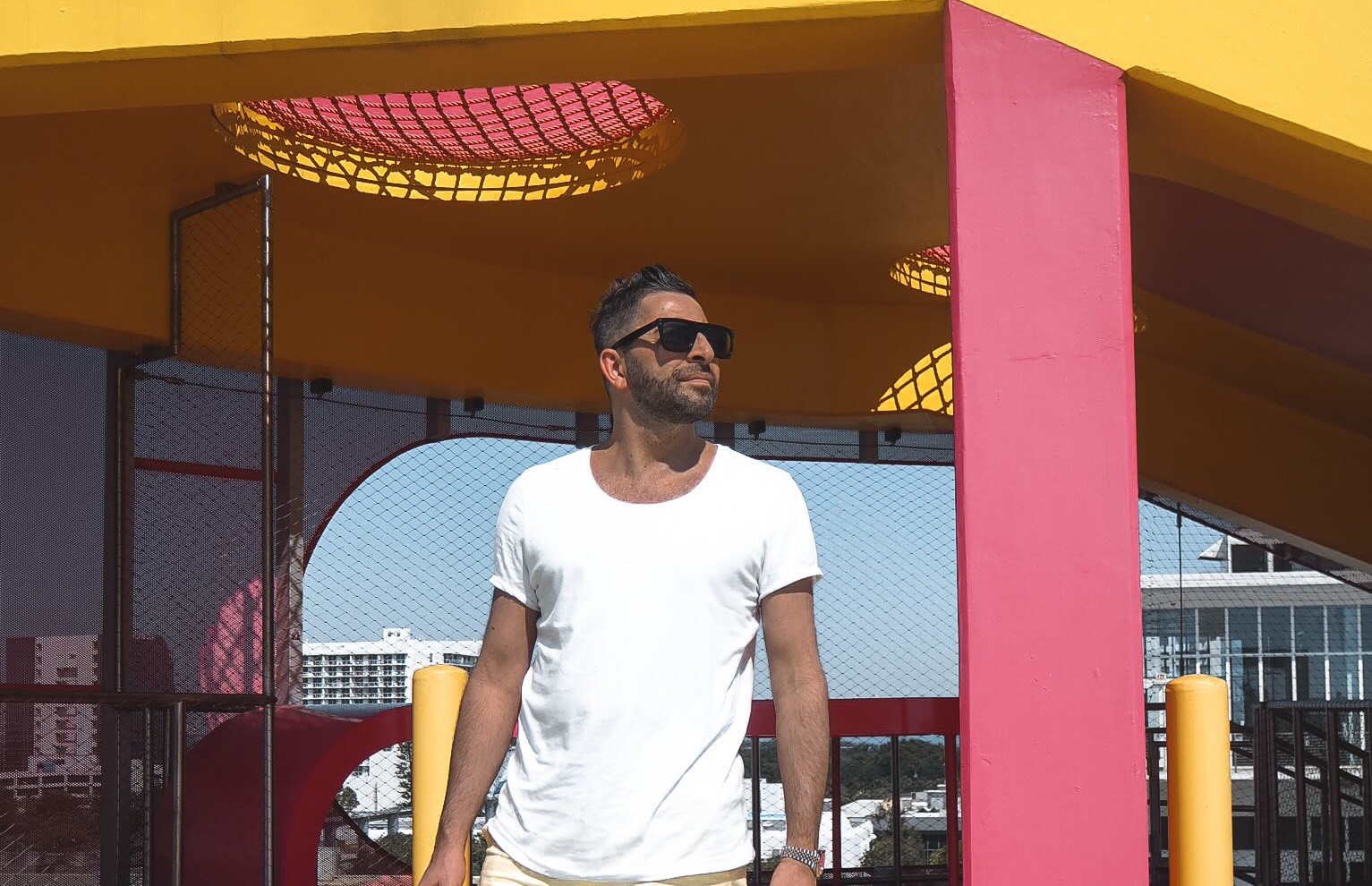 Arguably one of the music industry’s biggest calendar dates, Miami Music Week has long been a thriving hub for meetings, new business and most importantly: new music and amazing parties.

Miami veteran Darius Syrossian will be playing at the DO NOT SLEEP EPIC Pool Party on Wednesday March 27th and as a warm-up for the event, we asked him to share some of his favorite memories of MMW! 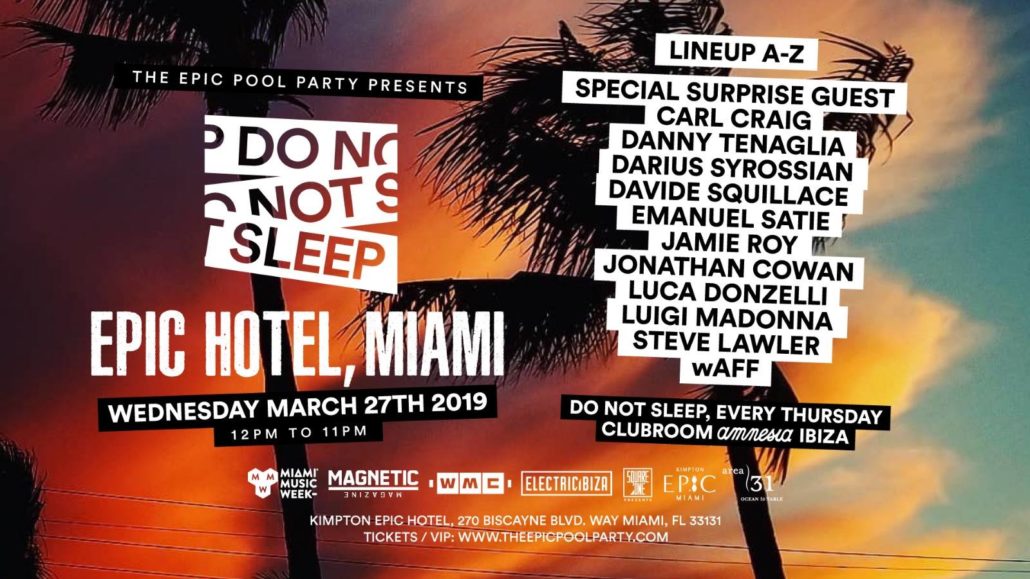 2017: That year we did our first DO NOT SLEEP party in Miami and it was great, but this year’s DO NOT SLEEP is taking it to the next level – the line-up is incredible! I’m really looking forward to checking out Carl Craig’s set as well as Davide Squillace, Lawler and wAFF, but also playing a one off B2B2B with Alan Fitzpatrick and Luigi Madonna is gonna be something new to do. Having now seen the venue and how good it is, I’m super excited for this show and I think it’s safe to say this’ll be one of my top Miami memories for years to come.

2011: When seeing Oscar G play because I was always inspired originally by the proper U.S. house sound – of people like Armand Van Helden, Sneak, Kenny Dope, Louie Vega, Tenaglia, Junior Vasquez and Roger Sanchez – and had seen them all, but I’d never seen Oscar G play. That sound and Murk label was a huge inspiration for me in the 90s, so seeing him play was amazing.

2010: When I was just breaking through, myself and Daniel Dubb had just finished playing another small label party on a rooftop next door to Space Miami. After playing, we decided to hang out and meet some mates in Space; it was sold out and had a huge queue but we had our record bags and hoped to just blag it in, except on the door they whisked us in and then the artist liaison said, “excuse me, I normally do the EDM shows but we are busy tonight so I’m helping out, what are your names again?”.

I quickly glanced at the poster and seeing the names on the bill, I said: “I’m Alexi, Alexi Delano, and he’s Tony Rohr” (pointing at Daniel Dubb) thinking there is no way they are falling for that… But the guy took us up, got us in and over to the bar girl, and said “anything these guys want, look after them”, she replied “of course” then she says to us, “you guys were sooooo amazing tonight! Hahaha, we basically blagged two hours at Space Miami with a free bar before we decided to get out of there before we got found out! 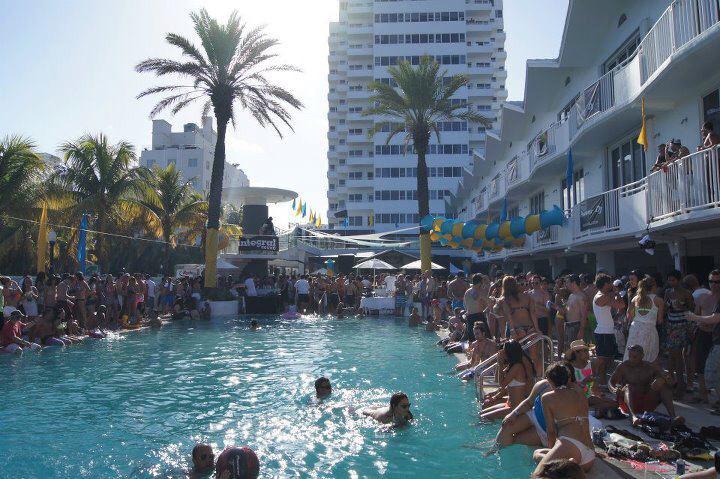 2012: I was playing the Shelbourne pool party – it was a VIVa Warriors party and was one of the biggest parties that year. After me and Steve played, he dropped our first ever collab track, ‘Future Pain’ and it exploded.

In the early days, seeing your music make parties explode like that was a great feeling – the party was that good that Dennis Rodman, the legendary basketball player, came down and got in the booth and even tried to get on the mic… But Lawler was having none of it! (laughs) 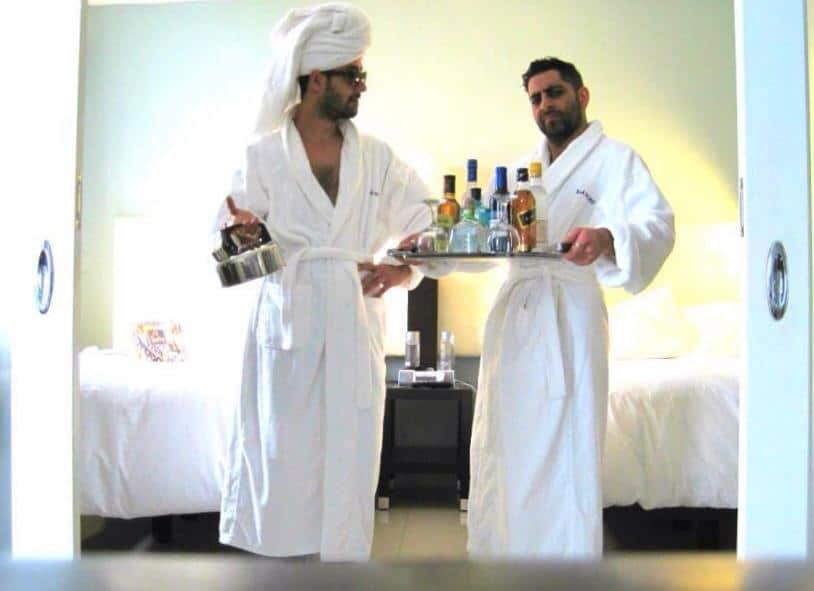 2013: I had always come to Miami to support Steve Lawler, but in 2013 myself and Detelf were over to support Steve at the VIVa Warriors party; a few days before, Steve had to pull out because of the birth of his first daughter, so myself and Detlef had to fill his boots which was a huge task as Steve is a global legend and everyone knows that in the U.S. he is HUUUGE!

But we played the show and it was shown on be-at.tv, we got a call the next day from Steve saying he watched us play and we did him proud which was amazing! Detlef and I also had the huge suite to ourselves and when the boss tells you that you did good, it was time to celebrate! (laughs) Not sure how this pic came about but always makes me laugh! 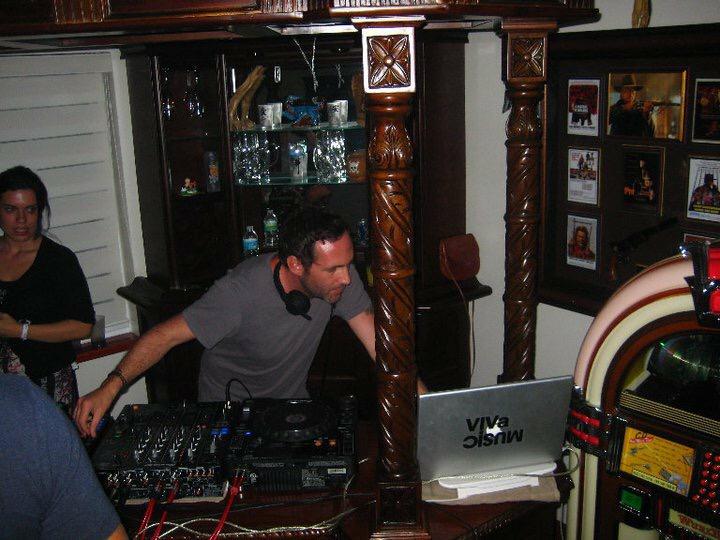 Lastly, the very first year that I came to play Miami for the VIVa Warriors party, we also hired a villa and a sound system, and decided to make the party a secret party that you could only apply to go to via RA. It was a free bar and we had managed to get Steve Lawler, Carlo Lio, Nathan Barato, Coyu, Leon, Kabale Und Liebe, Lauhaus and Boris Werner to play! We were expecting about 50 people to come, except we had over 200 people apply and the villa was rocking like a club! There were Italians, Romanians, Russians, Canadians – people from everywhere! I think one of the nearby villas tipped off the police a few hours into the party and a police helicopter hovering over the bay shining its lights down observed us before police came and closed it down, by then it was 5am and we had all had a great party! Cost a fortune but wow, it was amazing!