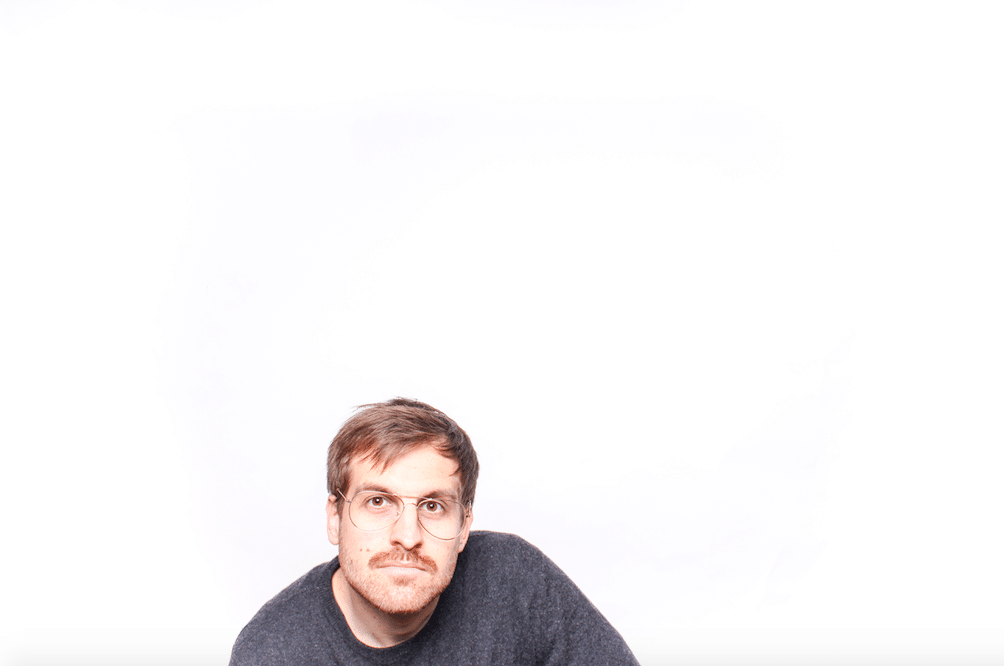 Dario Reimann’s debut album, Dario’s Castle, is soon to be released on Einzelkind and Frost‘s Pressure Traxx label. Dario’s first solo release in several years, it is filled back to front with fantastic music and is a testament to the high quality that he and Pressure Traxx each put out.

Dario’s Castle will be the second Pressure Traxx release of 2018, having already released the Scale split EP between Martyné and Jacob Chenaux, and Bodin. We were lucky to able to ask Dario some questions about the album, collaborations, how he approaches music and much more.

This is your debut album. What was the motivation behind recording the album? What would you say are the most significant differences between recording an album and recording an EP or single?

I can only speak for myself, but the main difference in doing “Dario’s Castle” and my EPs on Sensual was definitely that finishing it took way longer. I also would not call it recording an album. I just did my tracks as always and gave them to Arno and Frost and they picked out how they could fit together best.

There was no bigger concept. It does not include the typical structure with intro, interludes or downtempo tracks and outro. That was not my interpretation of what Pressure Traxx stands for to me, but rather parties that seem to go on forever and the name itself. So what do we need? Traxx, traxx, traxx, nothing else!

In the last few years, my single aim in production was to create dance music. For sure I also often jam around freely and experimentally or do something completely different, but I almost never really finish it or end up trying to fit it into another uptempo project. I am too eager to try it out.

There is quite an industrial feel to this album. Is this something you aim for and who would have influenced you in this way?

My aim was rather to sound like 90s or 00s productions. I started producing digitally only and it was always a mystery for me to achieve that old sound. Now, some years later my studio grew and I came a bit closer to that, maybe.

How did it come to pass that this album is being released on Pressure Traxx as this is not only your first album but also the first album on the label?

Pressure Traxx is one of the most important electronic labels from Offenbach/Frankfurt at this time. It is well respected by almost everyone I know and many artists with different styles or background have released for it. You have Ricardo Villalobos or Gadgets aswell as newer guys like Traffic or Barac. And Einzelkind & Frost for sure. I feel honored to see my name next them, so no question I just had to do it!

This is your first release under your name since 2015. Why the gap in releases?

Well there are many… I finished my studies and started to work in an architecture office, which took a lot of time.

I also changed my production style for a while. I did mostly live takes with my machines into stereo or group tracks. In the end there was almost always some element I was not happy with some days later, but I had no chance to get rid of it.

But I also did a collaboration EP and a remix in the meantime. There was also the OFFFM#001 Sampler some weeks ago, where every artist took another name and I did a track as 386i. And the album of course, so you see I was not lazy!

Last year you released the ‘Gatekeeper’ EP with the KMR group. What would you say are the differences between recording alone and recording in a group?

I would say it really depends if you can work with the others or not. If everybody has the same vision you can get to the point quite quickly. Also you can discuss immediately if something sounds cool or should be thrown away.

I had jams with a lot of people over the years. I love to see how my friends do it and I can always learn something new or check out some other gear.

When I am alone, I can try out complex more melodies or harmonies. I am not a real keyboarder so sometimes in a collaboration it would take too long and I don’t want to torture my partners with overly crooked melodies.

You collaborated in 2015 with Patrick Klein and last year in KMR. Is there anyone else you would like to collaborate with in the future?

There are many artists I would be up to collaborate with, just too many to mention. Some collaborations are planned and in the making already. But none of these are finished yet.

What would you say is a defining characteristic of your sound?

Hard to say that about myself. It constantly develops. In the past it developed maybe sometimes quicker than my output of releases. My mostly older/vintage machines are very important to my sound, but I don’t really own many unique devices.

I like Dj Sets that cover all moods from happy to dark, crazy to melancholic, so as a producer I try to be as versatile as possible too.

What would be your biggest non-electronic influences?

In the past it was mostly all kinds of jazz or funk and I grew up as a hip hop head too.

Dario Reimann’s debut LP, Dario’s Castle, is out May on Einzelkind and Frost’s Pressure Traxx label

For more information on Dario, be sure to check his Facebook here

For more information on Einzelkind, be sure to check his Facebook here and his Soundcloud page here. Einzelkind plays Cocoon at fabric on 4th May alongside Sven Vayh, Dana