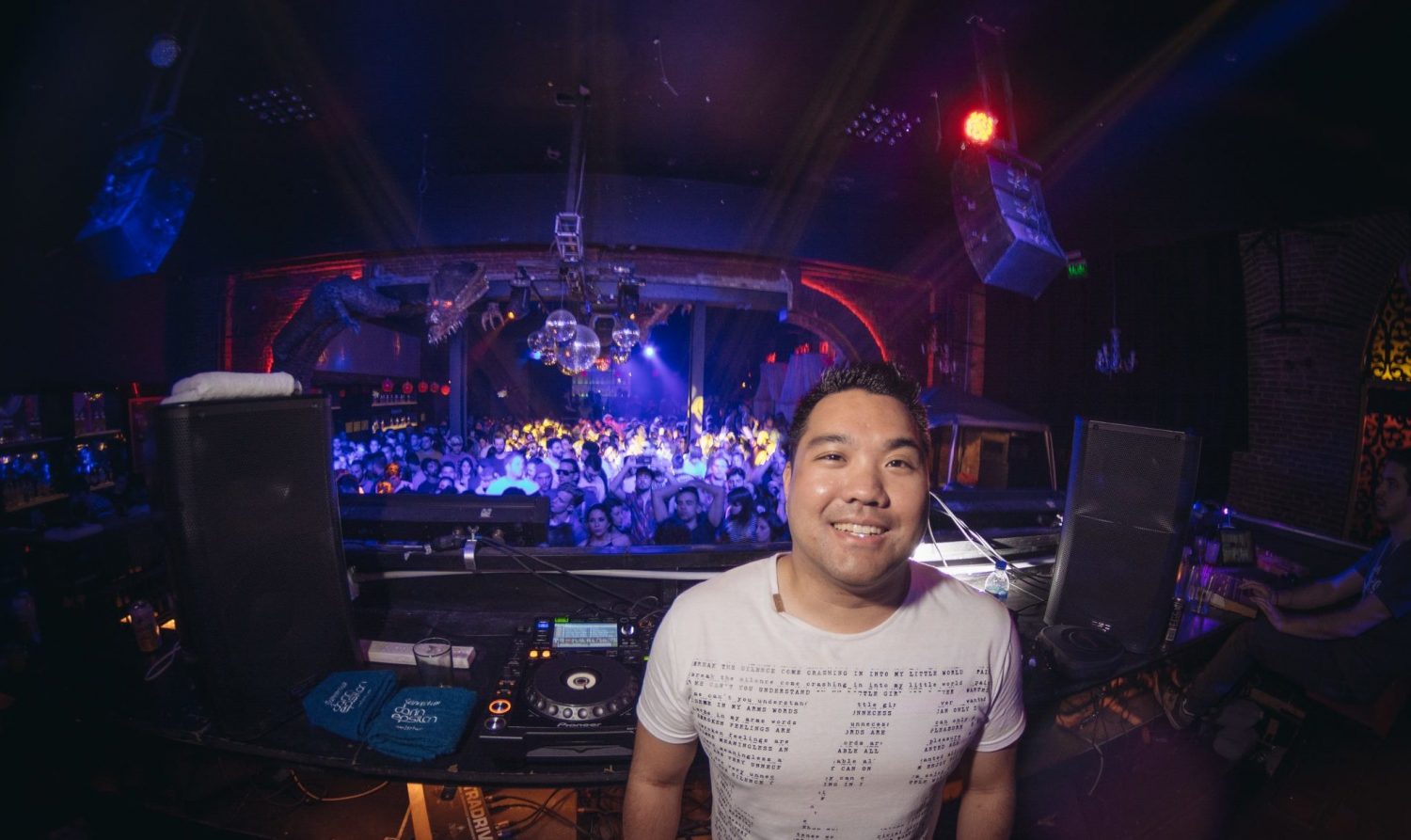 Seven years ago Chicago-born producer Darin Epsilon founded his label Perspectives Digital. Today, the imprint celebrates its 50th release featuring a collaboration between label boss Darin himself and prolific producer Cid Inc from Finland. The two highly respected artists have collaborated on a multitude of universally praised projects, including their ‘Outliers’ release in 2015, which launched the label’s first Beatport Play remix contest.

More recently, the duo achieved monumental success with their remix of ‘Auralphase’ by Robert Babicz, which charted in Beatport’s Top 100 Techno Tracks for 50 consecutive days, a testament to their prowess in the studio when collaborating together.  On the brink of their next DJ tour spanning from Canada to South America, they team up once again for ‘Resistencia’ & ‘Myndie’ – two ideal tracks for this milestone release.

The first track ‘Resistencia’ was inspired from Darin and Cid’s performances in northeast Argentina. This track evokes the vibrancy and love from the city it was named after. ’Resistencia’ is an uplifting journey that takes flight with warm and lush pads weaving into radiant chord progressions.

On the flip side is ‘Myndie’, a name which stuck with Cid Inc after his performance at the Rainbow Serpent festival earlier this year.  In Aboriginal Australian culture, the mythological rainbow serpent is considered to be either the giver of life or cause of great destruction, and is one of the oldest continuing religious beliefs in the world.  Creating a rumbling energy and nefarious vibe with its hard kick, shuffling highs, and mechanical sounds, the track will surely be a formidable force on the dancefloor.

6AM caught up with Darin the week leading up to the 50th release to discuss the achievements of the label thus far, his recent move to Berlin and more. Read it below and head to Beatport to get a copy of both tracks.

Hi, Darin, this is a pretty exciting week for you. You’re celebrating the 50th release on Perspectives Digital… congrats! Tell us a little about the EP and the choice behind it for this milestone achievement!

Thanks guys! It’s been over two years since my last original track with Cid Inc titled ‘Outliers’. We’ve played several back-to-back shows in cities like London, Buenos Aires, New York City, Toronto, etc. I consider him a good friend and mentor since he’s been producing far longer than I have.

Let’s go back to the moment you decided to launch the label. Can you tell us a little about when this was and your thought process behind it?

The label was launched in 2010 and I already had an extensive back catalog up to that point. Unfortunately not all labels have the artist’s best interests in mind, and on certain occasions it would be frustrating to have the release date pushed back again and again. I would have no control or say over the situation whatsoever.

The advantage of having my own imprint is the flexibility. I can release whatever I want whenever I want, plus I get to nurture and promote artists that I really respect and admire.

Can you tell us a little about some of the difficulties you faced getting this label off the ground and how you overcame them?

As with any business, getting started is always the hardest step. Designing the logo was certainly a challenge. I also had to find the right distributor to get our releases on Beatport, iTunes & Spotify. The first year was all about assembling the right team… graphic designer, mastering engineer, distributor, promotion, etc.

Once I got into the rhythm and learned the ins and outs of the business then it became much easier. Word of mouth spread pretty quickly after the first few releases, and now the label is receiving hundreds of demos every month from all around the world.

I know this is a tough question and probably one you can’t really answer but do you have any particular favorites from the 50 releases? Any that come to mind when you look back at the years since that first one?

Yea, it’s not really possible to choose a favorite, but here are some highlights:

Antix – “Like Ships in the Night” (Jamie Stevens Remix). Licensed to Bedrock and appeared on John Digweed’s Live In London CD & vinyl

Lexicon Avenue & Andrew Best – “Slide” (Third Son Remix), the only time we’ve ever had a banner on Beatport’s main page 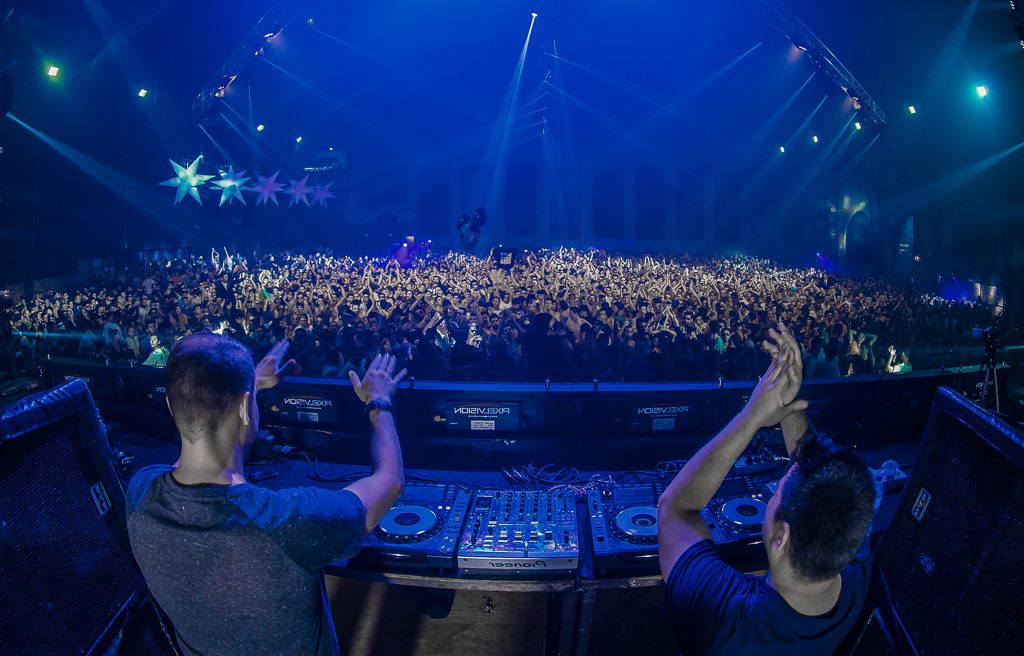 The role, scope, and even daily actions of a record label have all changed a lot over the past 5-10 years. What advice would you give someone looking to start their own imprint today?

It’s an extremely tough and competitive marketplace and the industry is already oversaturated with thousands of labels. You’ll be putting in tons of work and not always getting back what you deserve.

Try creating a niche and be the best you can be at a certain sound. You’ll go a lot further than copying the big labels and releasing what you think is popular at the moment.

Always pay your artists! The good ones will always be worth the money. Don’t create a reputation of being the label that cheats everyone.

Do you still feel like it’s important for an artist of your caliber to own their own label? Why is that?

It’s difficult for me to say. Owning a label is great if you feel you can contribute a unique sound and vision, and if you’re willing to put the work behind it. I see plenty of labels pop up and die really fast these days. It’s a big responsibility because every artist you sign and contractor you work with is dependent on your success.

Of course I have to give props to my extremely reliable label assistant Shane Clement. We actually connected after her husband Nate Clement submitted a remix for my ‘Outliers’ remix contest on Beatport.

You also moved to Berlin during this time. How is life over there?

So far so good! At first I wasn’t sure how I was going to like it, but it feels very refreshing and exciting to be in a completely new environment. Most people here speak English really well, and contrary to the stereotype, Germans are quite warm and friendly.

Do you miss being back home?

I do every now and then. My whole family is on the west coast and the weather here is absolutely dreadful compared to LA. Thankfully we’re living in the era of Facebook, Skype, and FaceTime, otherwise I’d feel completely out of the loop. I’ll be binging on Chipotle whenever I come back and visit!

Was the physical move good for your career both as a producer/DJ and label owner? How so?

It’s only been 3 months but I’ve never had this many dates on my calendar before. Some of my recent gigs included Hungary, Montenegro, Bosnia, and up next is Slovakia, Germany, and UK. It’ll take me at least a year or 2 to know what kind of effect it has on my career. The vast majority of artists signed to my label are located in Europe and I would say it’s absolutely essential to be able to interact and speak face to face.

Where do you see Perspectives Digital headed in the next five years? Any particular goals?

Hopefully the label will continue growing, expanding, and inspiring the masses. There are still plenty of artists on my wish list. In five years I’d like Perspectives to be a major hub for the best underground electronic music and become a driving force within the industry.

Both “Resistencia” and “Myndie” are available for purchase on Beatport