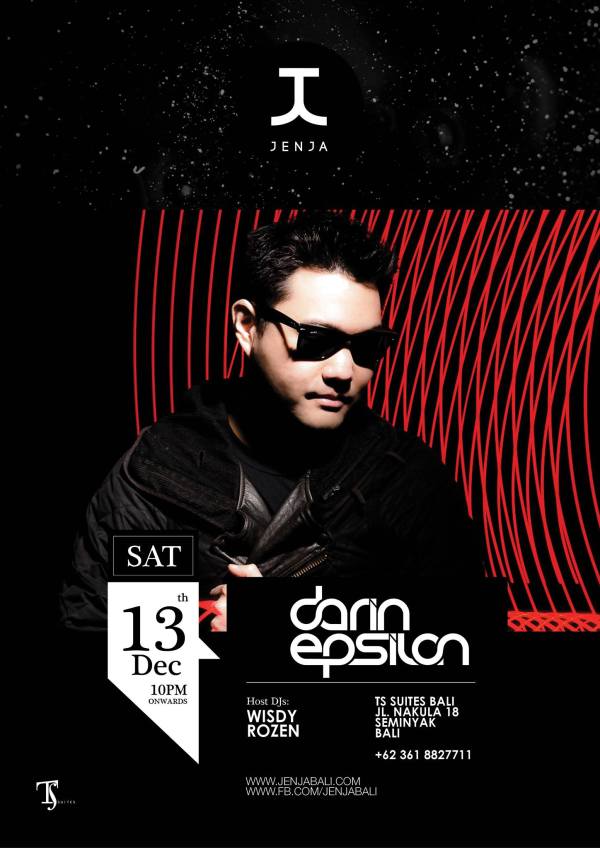 Darin Epsilon will begin his Asia tour next week making debut appearances in Bali (JENJA), Kuala Lumpur (Nagaba), and Jakarta (Exodus) on Dec 13th, 19th, and 20th respectively. The Progressive House staple is having quite the busy year with tours around the world and production releases that keeps flowing through; 2014 could well be one of the biggest year in his career to date as he looks to finish on a high note that will lay the foundation to the upcoming year.

An acclaimed DJ, producer, radio host, label owner, and a true staple of Progressive House reaching hundreds of thousands of listeners from his SoundCloud and Perspectives Radio show. His SoundCloud page alone has over 1 Million total plays and receives a whopping 10,000 plays per month. His productions have been well support by top industry heavy weights such as John Digweed, Sasha, Hernan Cattaneo, Dave Seaman,

With forthcoming releases on SexonWax, Perfecto, Asymetric, and his own Perspectives Digital we can already sense what kind of year Darin is expected to have in 2015.