Dancing Keeps You Young & Danny Tenaglia Has Plenty of Rhythm 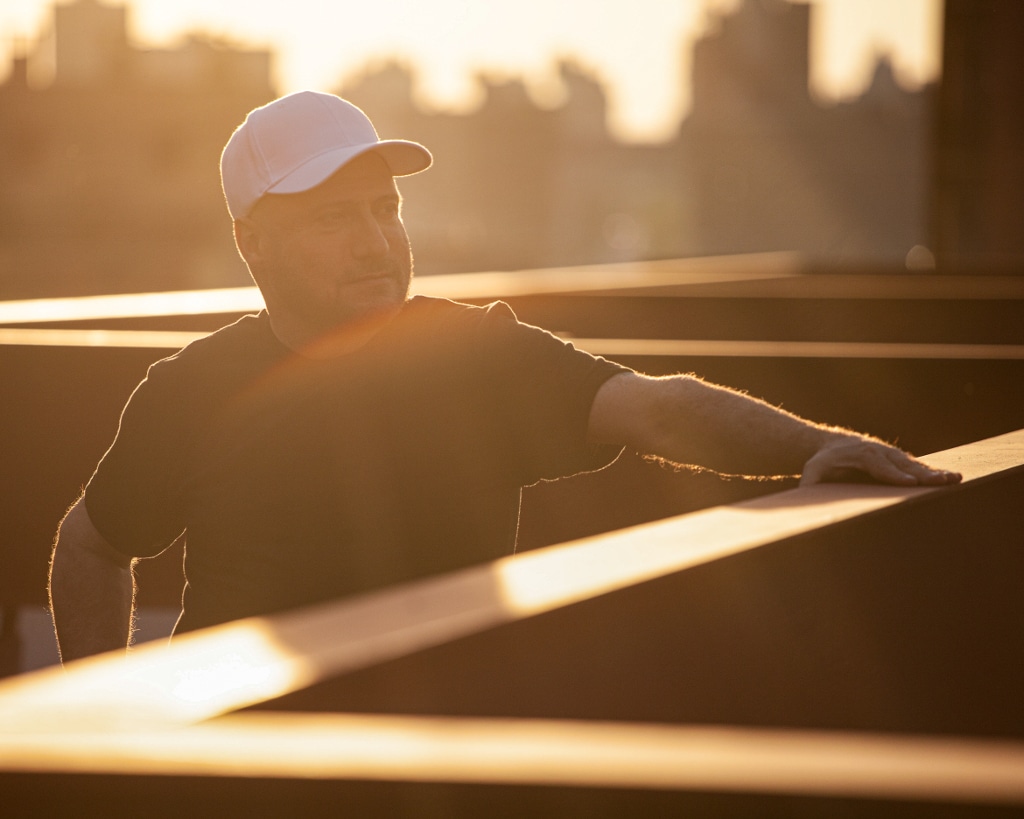 Dancing Keeps You Young & Danny Tenaglia Has Plenty of Rhythm

New York is synonymous with a fast-paced rhythm of life, but Danny Tenaglia’s voice is anything but hurried. His thick New York accent seems to slow down time and makes you feel at ease. Humble in tone and demeanor, perhaps it’s all the dancing he’s done over the last 46 years of playing in front of crowds around the world that keeps him young. Danny Tenaglia sure does have plenty of rhythm and at 60 he admits he feels fresh as a daisy, well perhaps not in those words but you get the gist. “I feel like I’m a 30-year-old guy again that’s ready for the next gig,” says Tenaglia comments about his new home in New Jersey trading high rises for three acres of land. Tenaglia admits to “experiencing things here I’ve never experienced before: groundhogs, coyotes, rattlesnakes, garden snakes. I’m like ‘I’m never leaving the house,” he says with a laugh. Danny Tenaglia is embracing his newfound rhythm. He looks back on how paying dues has been an important part of his journey and how he’s been able to keep up with the demands of a touring lifestyle.

6AM · Dancing Keeps You Young & Danny Tenaglia Has Plenty of Rhythm

Making Art Out of Blending Music From Records, “Sloppy as hell, but it was fun.”

The tale of his love affair with music starts with Tenaglia growing up in Brooklyn surrounded by the hustle and bustle of an urban setting. Fortunately for him, growing up in that environment also meant access to record shops and clubs around the neighborhood. He credits his aunt as an influential figure who shaped his love for records. “They were just fun to me. You put them on the turntable, you play it, music comes out of the speakers. I was fascinated by it,” says Tenaglia. However, before his love for wax took hold, he knew music would somehow play a central role in his life. His success as a globally touring DJ stems from what he describes as a “flame inside me…a burning desire to be either a musician or be in a band before I knew what DJing was. I was a very young kid displaying talent to my family with piano playing by ear even guitar as well. They put me in classes, and I hated the discipline. I was like 8 or 9..that didn’t work out, the lessons.” Different folks, different strokes. He traded instruments for decks and the rest is history.

Life’s a Dance, You Learn as You Go

“At a very young age, I started working at a nightclub in Brooklyn…It was called the Miami Lounge. My older brothers, cousins…everybody would go there because we all lived in the same neighborhood,” shares Tenaglia. It was that opportunity that gave a young Tenaglia the bravado to approach David Mancuso asking to get on the record pool. For those who aren’t familiar with Mancuso, he was the founder of The Loft, a New York City hot spot back in the day. He pioneered the “by invitation only” parties.

Tenaglia admits that was a bold move for him at the time, but he also didn’t know any better. “I was 17 playing at a club which I thought validated me,” says Tenaglia. Shoot your shot yes, but you can’t forget the warm-up and shoot your layups. Today, music has become instantly available, and DJs can easily access tracks from around the world. This, however, wasn’t always the case. “In those days of wanting to be in a record pool. They wanted to know where you worked, maybe even see a salary and proof that you worked in a nightclub,” says Tenaglia. “I was this young kid wanting validation. I’m [wanting to] get records that nobody else has it yet…promos were really, really exclusive in those days.”

Read Next: Pan-Pot: Their Undying Dedication & Unwavering Drive to Music

Tenaglia humbly shares his “DJ faux pas” without embarrassment. His story shows that even great ones have their “oops” moments. No one does everything the “right” way, and sometimes you learn the hard way. It’s those impressionable moments that leave a lasting “a-ha.” It taught him part of growing is having patience and paying your dues.  You can ask but you won’t always receive. “My next job was at a roller disco working five days a week and that’s where I learned my chops on the mixer and turntables.” 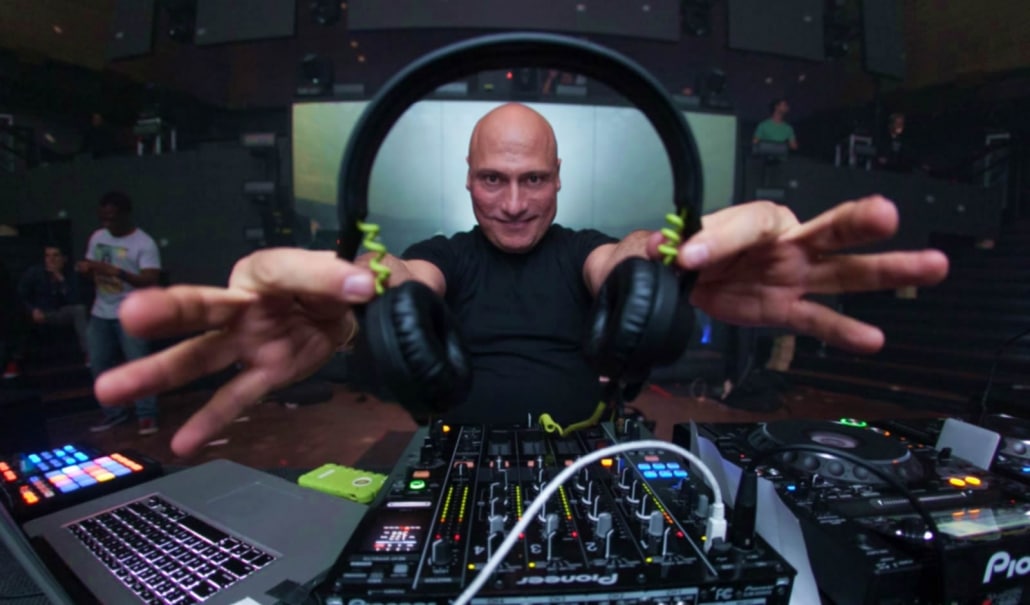 Flash forward to a string of residences along the East Coast. Between the mid-1980s through early 90s, clubs from New York City to Miami saw  Tenaglia fill dance floors on a weekly basis. These residences gave him recognition not only among music fans but in the DJ circuit alike. He started touring internationally in 1993. These travels expanded his taste in electronic music as well as hearing what his contemporaries were playing. He recalls how Larry Levan would drop left-field tracks for the time like tracks from Kraftwerk. While this broke with the usual soulful house tracks Paradise Garage was known for this made him realize there was other music out there. “Heads turned,” says Tenaglia. No DJ wants to clear a dance floor but being able to introduce new styles of music and win over crowds is an artwork that takes time and practice.

“It took me a long, long time to do what I want to do and not have to answer to a boss saying you’re clearing the dance floor.”

Tenaglia has played alongside leading DJ acts from around the world including Carl Cox and Jim Masters. While traveling may sound like it’s all fun and games, doing it on a consistent basis for the better part of 20 plus years changes the ball game. “Traveling…that was starting to get the best of me. I started traveling in my 30s…into my 50s. […] For eight years solid, I was a [weekly] DJ in Manhattan,” says Tenaglia. He was DJing sometimes until 12pm, and when he wasn’t on a plane traveling internationally or behind the decks he was producing in the studio. He was burning the candle on both ends.  What kept him going? “The reward is the moment you hit play,” he shares tenderly. He also credits the healthy lifestyle he committed to in 1984 as keeping him young. Separating partying from work has been key for him over the course of his 46-year career. He admits to never having been much of a drinker, smoker or partier. Careers in the nightlife industry are some of the few where you can get away with drinking on the job. However, if you indulge here and there his advice is to keep things professional.

I’ve made it this far, and I’m 60 and I feel like I’m a 30-year-old guy again that’s ready for the next gig. So that’s part of it—taking good care of yourself.

Danny Tengalia comments on the imporance of balancing wellness for longevity in the nightlife industry.

As Tengalia sits at his home office and thinks about what success means to him and whether he’s achieved it, he comments, “there’s no more ‘here’ for me to go. I’m not trying to achieve pop star status. I never attempted to make a record that was for radio or video. It was always just me being quirky or being myself…I’m really doing what I love and enjoying it, and I’m not necessarily worried about having to pay my rent, so I’m comfortable. That to me is a success—not being rich but just being comfortable.” Describing himself as “just” an Italian Catholic guy from Brooklyn, Tenaglia has witnessed house and techno music become a global dance floor. Not only has he seen it evolve into the business it is now, but he’s helped shape it as well. 1989 saw  “Waiting for a Call” (released under his alias Deep State) and was the first of many productions that would come. His extensive discography features albums, singles, EPs, remixes, compilations, and mixes that spans spectrums of electronic music.

“To me, success is having this home I have now. […] If somebody offered me a huge amount of money to play somewhere but then somebody came along and offered me 50K more than that, I’d go where my heart is because I’m really truly not in this for the money. I turn down a lot of offers.”

Playing with heart and soul, Danny Tenaglia has always led with love for the dance music culture.

Danny Tenaglia has been able to dance with people from all over the world. His music transcends genres and generations. He’s always one to pay homage to his roots in deep house yet can also throw down gritty techno. He is one of the few DJs that can share stages with Louie Vega and techno giant Chris Liebing. For Tenaglia, music was (and is) the rhythm and pulse of his soul.