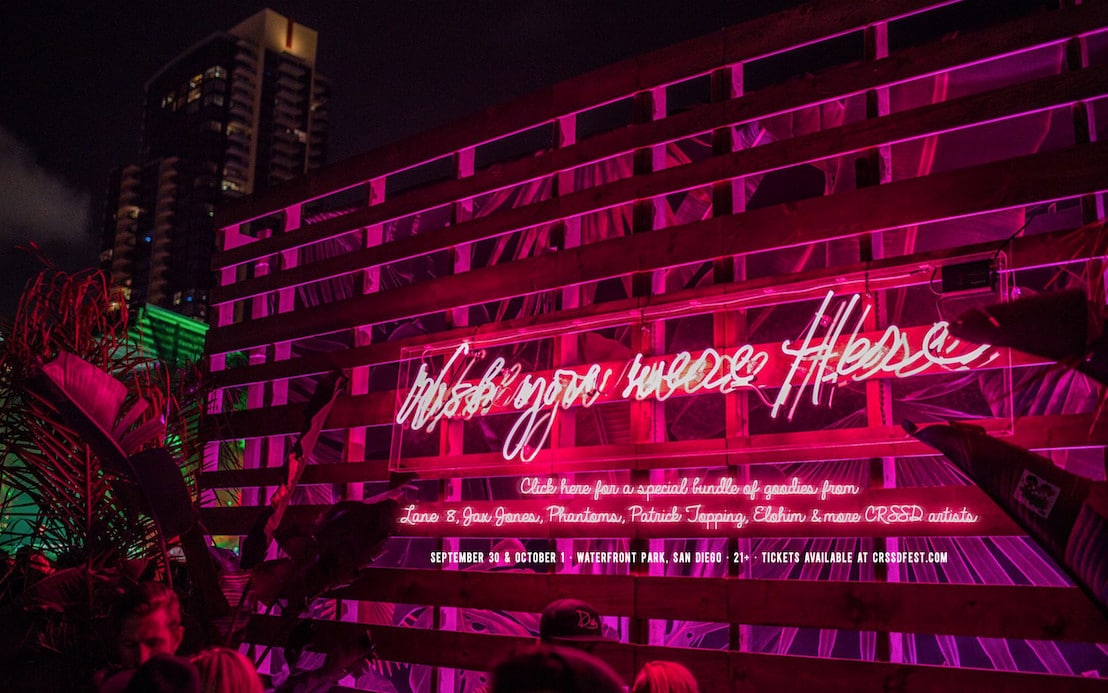 CRSSD Festival has partnered with the world’s leading file transfer platform, WeTransfer and gifted fans with a free batch of content in honor of their Fall 2017 event that took place this past September 30 and October 1.

Some of CRSSD’s most compelling artists provided some music for the project, as well as some more unique offerings such as Phantom’s infamous Vodka Soda drink recipe, Alex Wax’s signature vegan Pasta al Pomodoro recipe, and a sake cocktail recipe from Richie Hawtin’s own ENTER.Sake brand. Additionally, music from Hot Since 82, Lane 8, Patrick Topping, Jax Jones, Elohim, Prok & Fitch, Lee K, Hito, Elohim, and Cooper Saver were available to download for free through the WeTransfer platform.

CRSSD has emerged as a crown jewel in the festival circuit with some of the best DJs and live acts in the world performing in an unmatched waterfront location and endless amenities including gourmet food, craft beer and cocktails, and an impressive After Dark late-night party series. This year’s fall edition was no different as it has solidified CRSSD’s position as one of America’s premiere destinations for music devotees.

You can download the CRSSD WeTransfer Media Bundle here: https://we.tl/AjL3URkH70

Also. you can start using WeTransfer at www.wetransfer.com