It’s here! The minds behind CRSSD Festival have released the complete lineup for their Fall 2016 edition.

Set to take place on October 1st and 2nd in San Diego’s Waterfront Park, CRSSD will be celebrating their fourth festival outing in two years, returning for the second time to the oceanfront of the South California city in the fall.

Earlier this year in March, CRSSD sold out with a line-up that brought internationally-known names such as Cirez D, Maceo Plex, Hot Since 82, Jamie Jones and Odesza. This year, they return with a similar selection of underground house and techno artists mixed up with indie electronic acts. 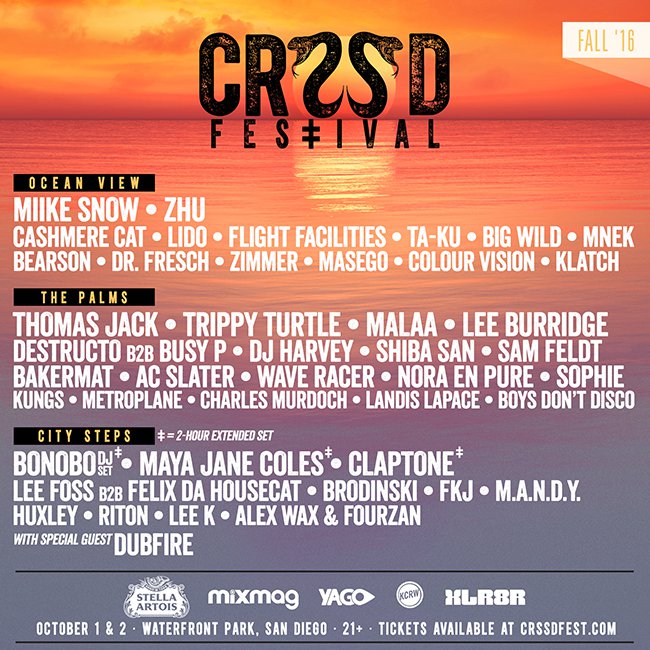 Tickets will be available 7/12 at www.CRSSDFEST.com