CRSSD Festival – Crossing Over From The Main Stage 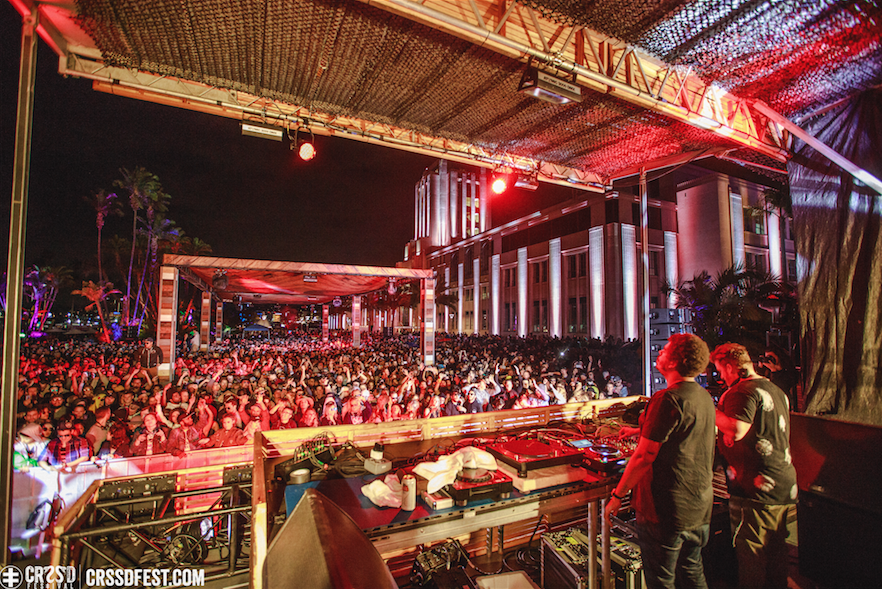 CRSSD Festival – Crossing Over From The Main Stage

Although many European brands have managed to curate festivals that feature all house and techno artists, it seems as if the United States is still a bit behind. Awakenings did not take place again in New York this year and Time Warp hasn’t continued past its 2014 and 2015 editions either. Woogie Weekend is also not going to be taking place again this year and neither is the smaller Freeform Festival in Pennsylvania.

Movement Electronic Music Festival in Detroit contains 90% house and techno acts, and has grown in size every year with more and more after-parties taking place and more brands and sponsors coming on board. This is partly due to the festival being located in Detroit, the birthplace of techno, the long-running history and quality of the festival itself and its after-parties, and the chance to see artists that normally don’t come to the United States. Detroit has been playing homage to techno since the ‘80s and Movement Festival is a highly acclaimed and widely celebrated event that draws visitors from all over the country and beyond.

Even though house and techno have yet to make it to the forefront of electronic music across America, the “underground” scene is still alive and well. The movement is spreading rapidly across the country and many smaller cities are now developing their own scenes, including Dallas, Minneapolis, Atlanta, and even places such as Knoxville, Tennessee and Raleigh, North Carolina.

Movement and CRSSD Festival are two of the only music festivals in America that have taken place more than 5 times and featured predominantly house and techno artists. CRSSD sold out both editions last year and came very close to selling out their Spring 2017 edition this past weekend, while Movement is steadily growing to record size and attendance every year. 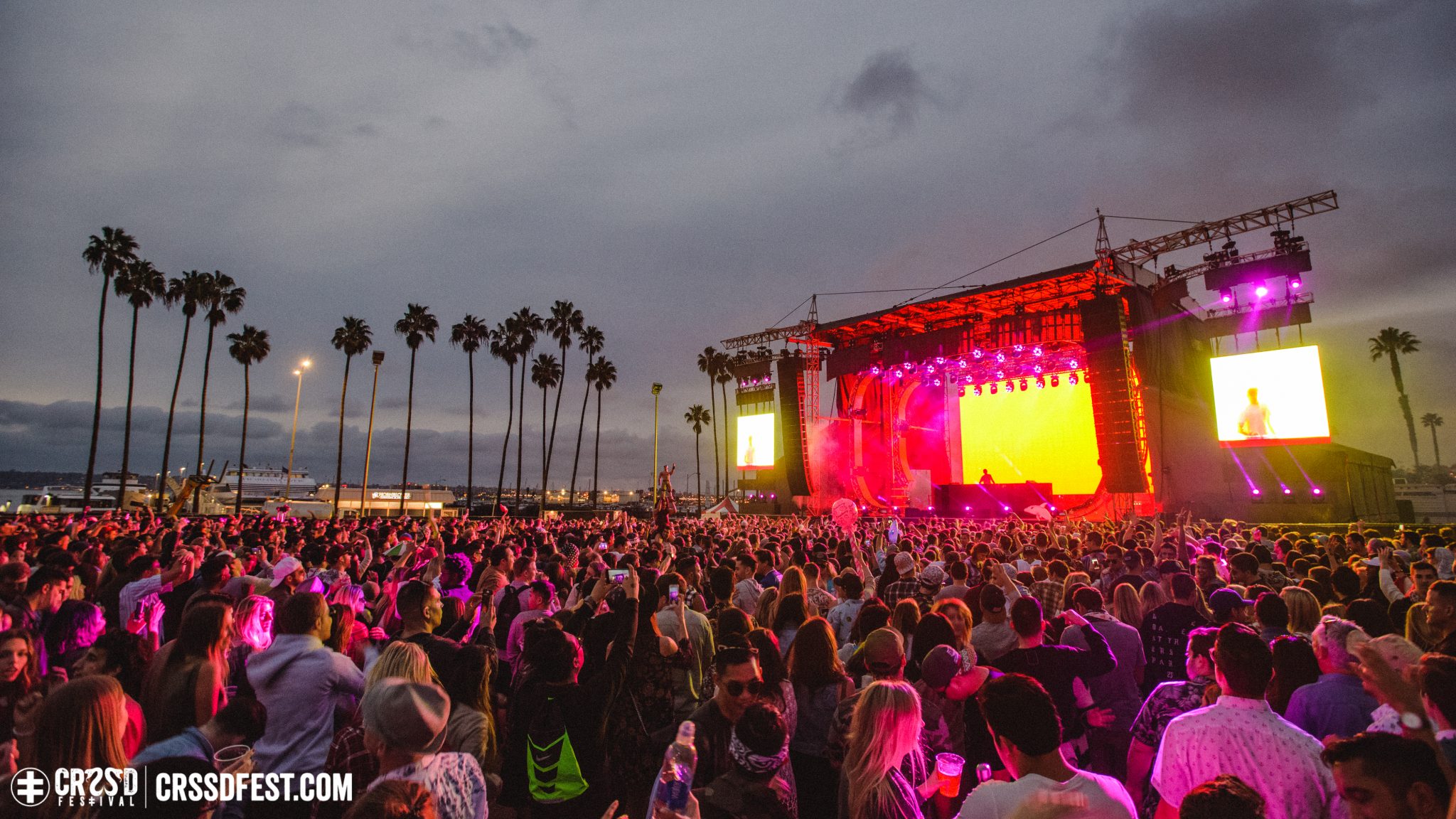 More and more people are starting to move from stage to stage looking for new sounds and artists to hear. This year, the same attendees that were at CRSSD to see Flume also ventured over to catch Seth Troxler and Eats Everything go back-to-back, as well as Claude VonStroke, Recondite and Rødhåd. There was also a lot of praise for artists such as Bob Moses, who are no stranger to the main stage but are still unfamiliar to many in the mainstream demographic. Many attendees at CRSSD also witnessed the sounds of Heidi and Cassy for the first time and instantly became fans. This does not necessarily mean that their favorite sets were by these artists, but it does show that the mainstream public is willing to diverge and explore the more underground sounds that techno and house have to offer.

In retrospect, fans of house and techno seem to be growing in size, whereas the number of fans of more commercialized music seem to be stagnant. This definitely makes sense: if you are a fan of pop music, you mostly likely listen to what is being played in the Top 40 rotation, and are already familiar with all the artists that are in the Top 40 rotation prior to attending a festival. Although many argue that house and techno is no longer truly underground, very few artists in the realm of house and techno have made it into the mainstream.

CRSSD Festival clearly shows that the audience for house and techno is growing. By featuring artists such as Flume, Alunageorge, Giraffage, and Duke Dumont, the lineup allows for those that are familiar with those artists to crossover to other stages and leave the festival as new listeners of house and techno artists featured in the smaller stages. This results in new fans for acts such as Skream, Tensnake, Heidi, Cassy, Recondite, Damian Lazarus, Seth Troxler and Eats Everything. Although these artists are continually growing their fan base, it still doesn’t necessarily mean that they will be headlining the main stages of most festivals anytime soon. There is still a huge market for the mainstream acts and in markets like San Diego many are willing to pay upwards of $100 a ticket just to see artists like Flume or Duke Dumont without caring about any of the other acts on the bill. 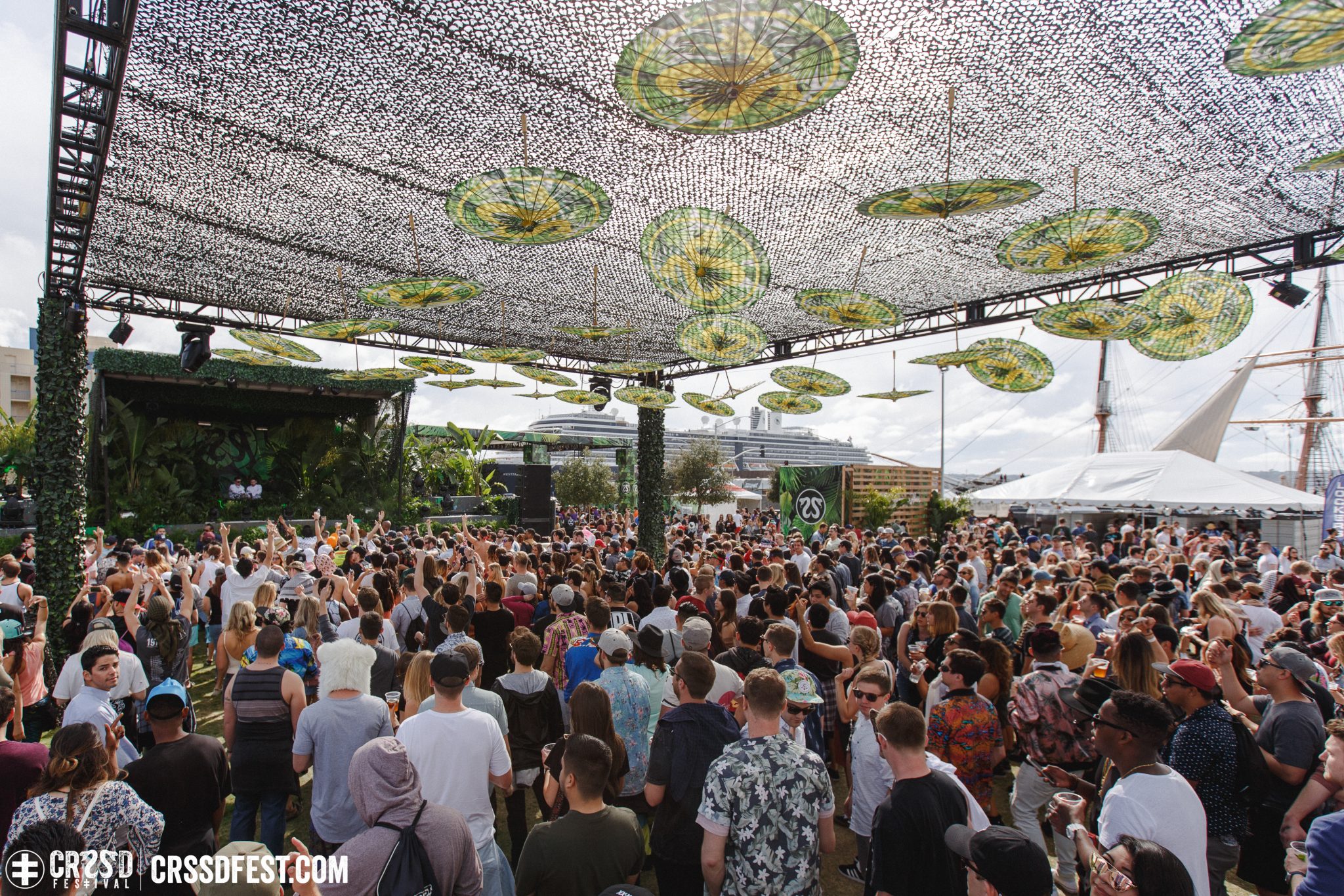 Warehouses and clubs in New York, Chicago, Detroit, and Los Angeles are now being packed wall to wall for artists like Len Faki, Ben Klock, Adam Beyer and Rødhåd. Dirtybird is now reaching over 3,000 attendees at its Campout festival in Southern California and All Day I Dream nearly packed the 3,500 capacity Governor’s Island. Cityfox’s Halloween event in Greenpoint, Brooklyn that was cancelled was said to have had over 5,000 pre-sale tickets sold, while Time Warp in 2015 attracted 10,000 attendees over the course of two days in Brooklyn.

Dirtybird Campout manages to embellish the community aspect by offering interactive games and experiences, while Cityfox and All Day I Dream are both very aesthetically pleasing. CRSSD Festival did happen to lack a bit in both these aspects with the Palms Stage being the most creative and artistic stage, but still fairly typical of California with palm trees and matching upside down umbrellas. The crowd seemed to be more interested in the music and with close to 30 craft beers on tap as well as the gorgeous waterfront and San Diego skyline, nobody was complaining.

When all is said and done, CRSSD Festival proves once more that the demand for house and techno in the United States just keeps on growing. This is evidenced by the two sold-out weekends last year and the Palms and City Beats stages being more crowded and energetic than the main Ocean View stage at many times throughout this past weekend. There is no telling whether CRSSD wishes to grow its brand outside of San Diego, but there is no reason why they couldn’t. The demand is certainly there and people are surely willing to travel to see the quality house and techno artists that they have been featuring on their rosters.