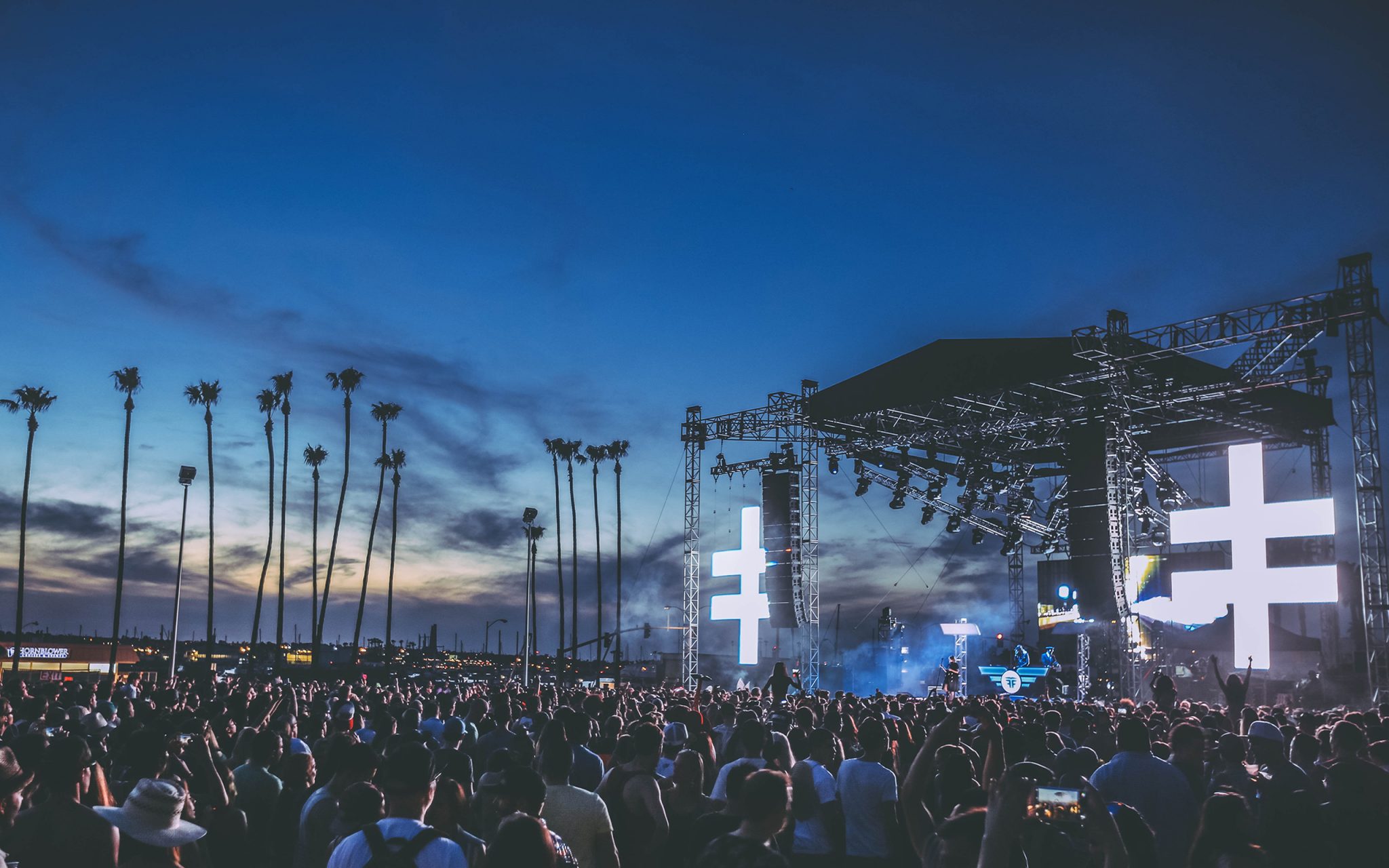 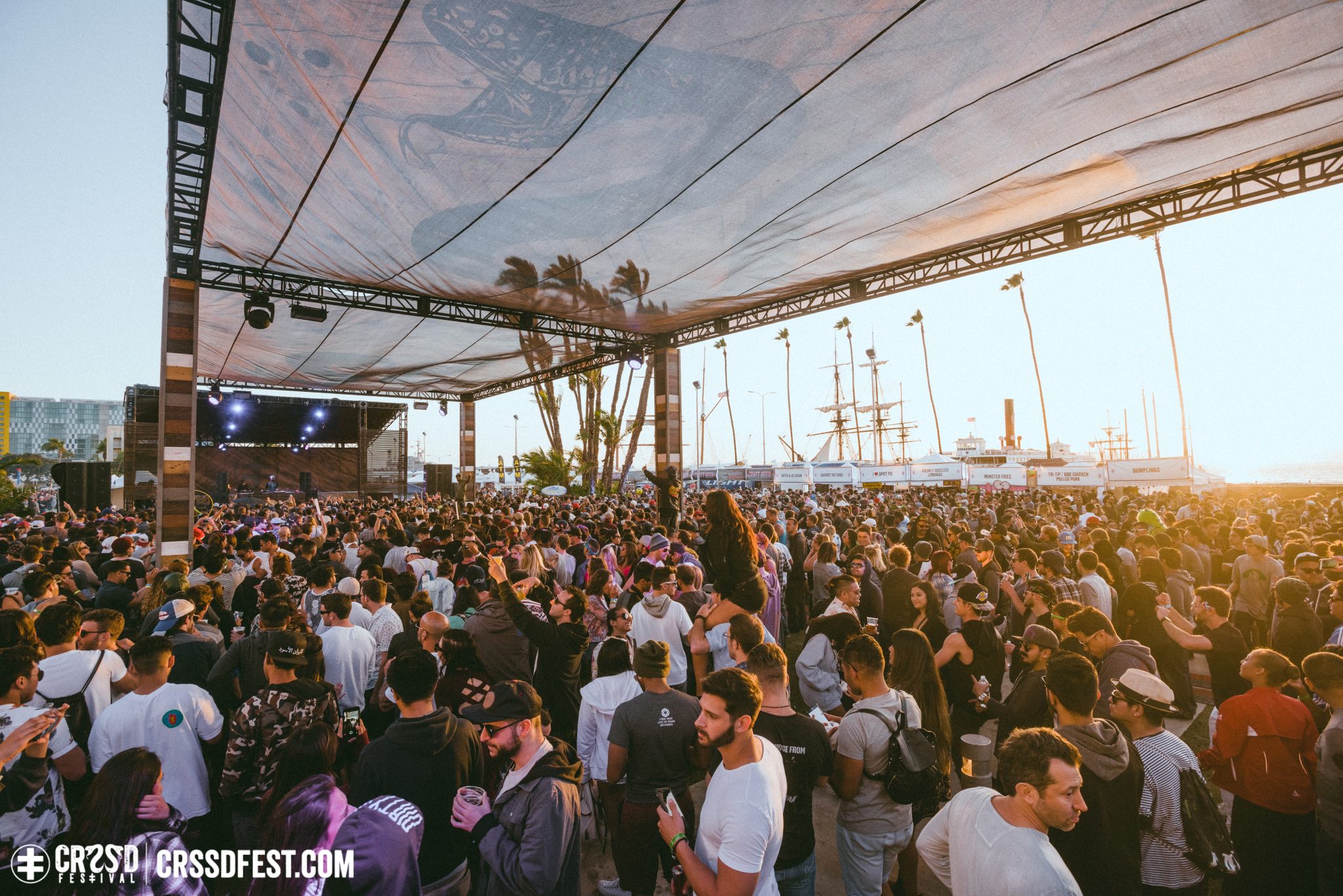 As scheduled, CRSSD Festival has released its Spring 2017 roster and its possibly its best one to date.

As per previous formats, the San Diego waterfront festival continues with its mission to provide an eclectic experience with emphasis on more “underground” sounds of house and techno, as well as deeper strands of electronic music that aren’t found on other festival main stages.

Positioned at Waterfront Park in the city’s downtown area, CRSSD sold out both of 2016’s editions and with this lineup release looks set to repeat the feat for the third time in a row. Live acts this coming March 4th and 5th include Blood Orange, AlunaGeorge, Recondite, Bob Moses and Dusky making their live debut on the West Coast. Highlights in the house and techno realm include Dystopian boss Rødhåd, Innervisions’ Âme, Scotland’s ever-popular Jackmaster, crafty selector Midland, the wizardry genius of Damian Lazarus, CRSSD alum Skream, 2manydjs and an extended set by Seth Troxler b2b Eats Everything. On the more diverse side of the lineup, the Ocean View stage is set to feature Flume, Snakehips, Giraffage and Duke Dumont.

On top of its music programming and idyllic location, the 21+ festival has also become popular for its craft beer selection, top-tier local gourmet food options and impeccable mixology program.

Tickets will be available on December 27th at noon via CRSSD’s Official Website.

See below for the full Spring 2017 lineup: 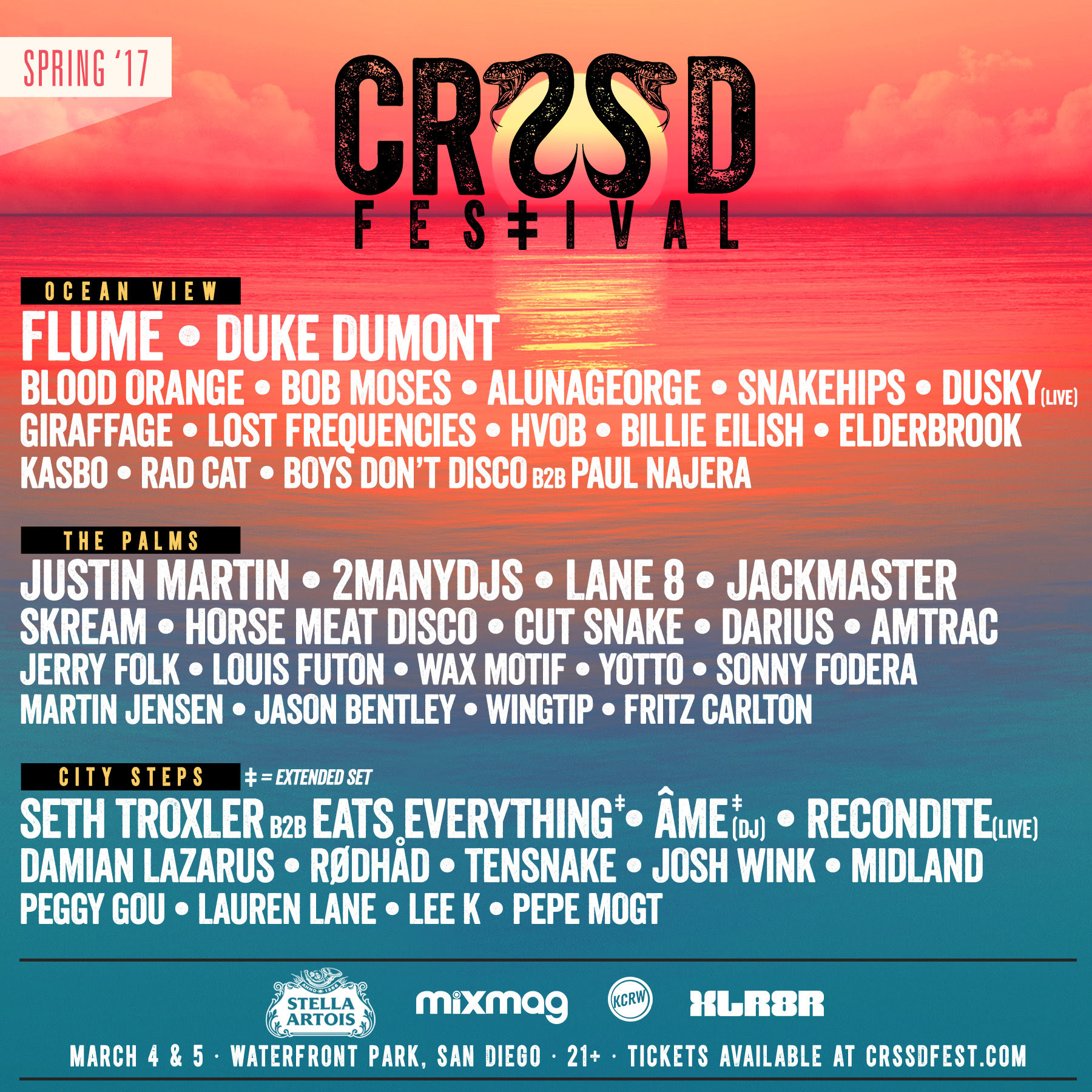