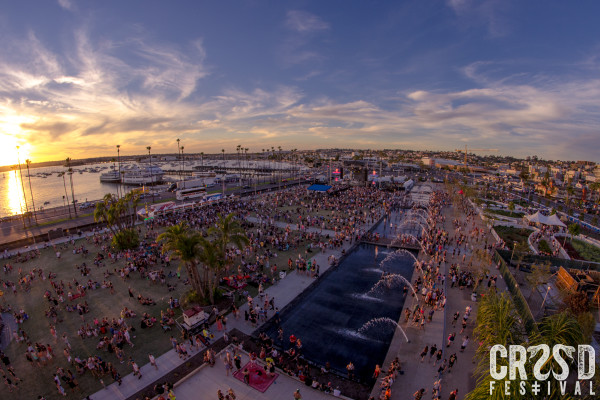 Endless are the Californian summer days as CRSSD Festival will see a fantastic return to San Diego’s Waterfront Park for a fall edition festival on October 10 + 11. The spring festival that took place at the seaside venue on March 14 + 15 saw a big lineup, with a good mix of indie dance names as well as underground house and techno, and the fall edition picks up right where they left off.

The Fall edition of CRSSD Festival will feature an eclectic lineup with the likes of Todd Terje, Giorgio Moroder, Justin Jay, The Flaming Lips, Dj Tennis, Mano Le Tough, Maya Jane Coles, and even Berghain resident, Ben Klock. Take a look at the official CRSSD Fall Lineup below, as well as a brief teaser video to add to the excitement.

“Festivals bring new opportunities for San Diego both culturally and financially, and the first CRSSD music festival had an overwhelming positive response locally, nationally and internationally. It’s great to see local promoters, designers and businesses working together to bring something unique to a space that is comparable to any festival destination in the world, San Diego’s Waterfront Park.” – Joe Terzi (President and CEO of the San Diego Tourism Authority)

From the look of things, it’ll be another great turnout with a wide variety of music that will have people all over California flocking to the sunny community of San Diego. Tickets for CRSSD Festival will go on sale starting Friday, July 17 at 12PM, and with the amount of anticipation you can expect tickets to go quickly.