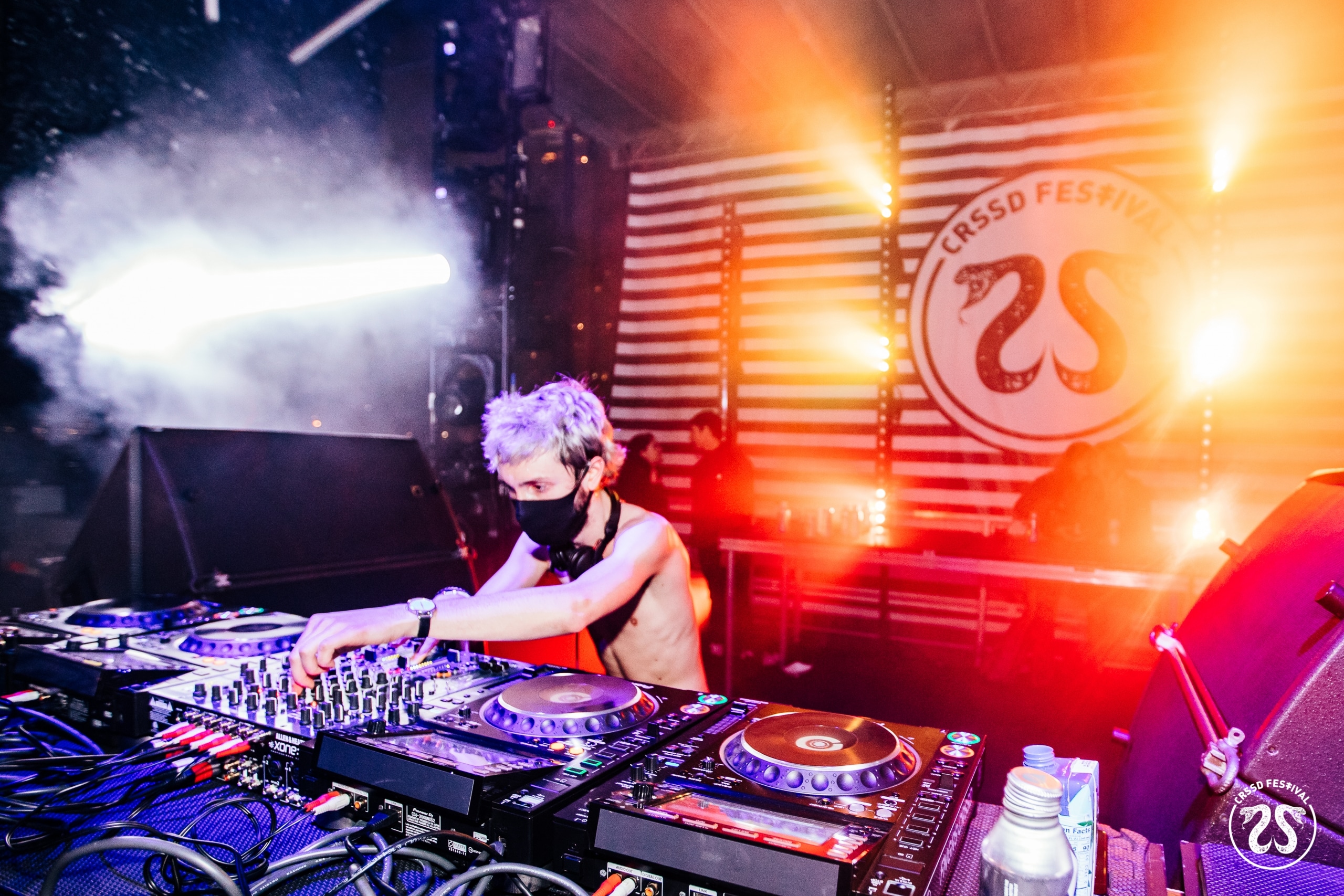 CRSSD Festival will make its long-awaited return to San Diego’s Waterfront Park for its Fall 2021 edition taking place September 25-26th. The festival today unveiled its phase one line-up for the Fall Edition, dropping more than thirty names that criss-cross the breadth and history of dance music. More names will be announced in the coming weeks.

Since its launch in 2015, CRSSD has sought to showcase the subversive stars and strains of dance music as well as highlight the burgeoning power of live electronic artists. The festival prides itself on giving prime slots to talents on the rise and securing rare West Coast performances from iconic artists. The urban oasis of Waterfront Park, with its grassy lawns, fountains and magical sunsets, are an entrancing city-center location to lose yourself in the wide variety of tempos and styles that CRSSD has built its curational name on. CRSSD was the last electronic music festival to take place in the United States before COVID and lockdowns took over our lives, so a return to San Diego’s Waterfront Park for CRSSD Fall 2021 takes on new meanings this year. 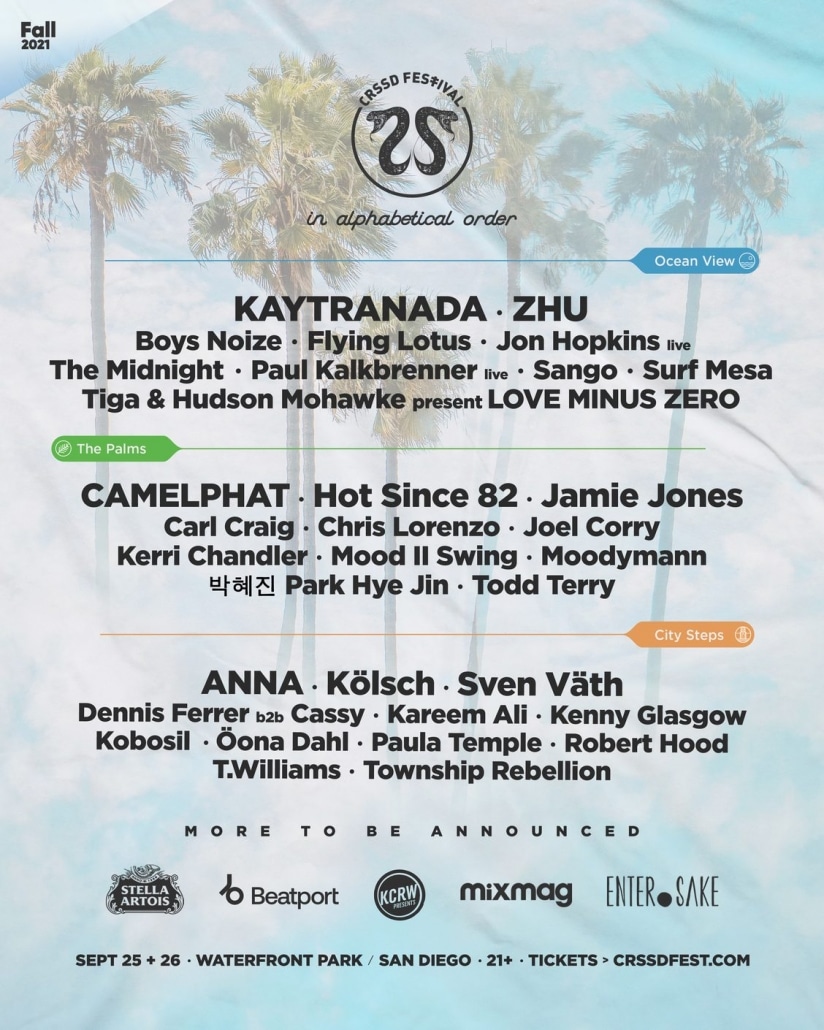 As ever CRSSD’s Ocean View main stage will be filled with live acts, led by current Grammy winner, KAYTRANADA, and the enigmatic Zhu. German techno icon Paul Kalkbrenner will also soundtrack a live sunset set. The jazz infused electronica of Flying Lotus will sit alongside contemporary envelope pushers including Boys Noize and Jon Hopkins, while Tiga and Hudson Mohawke will also present the US live debut of their rave inspired LOVE MINUS ZERO project.

The legacy of dance music’s roots can be traced to CRSSD’s Palms Stage, with sets from Detroit figureheads Carl Craig and Moodymann, as well as East Coast house and club pioneers Mood II Swing, Todd Terry and the revered Kerri Chandler. Topping the Palms will be three of house music’s biggest current underground stars in Hot Since 82, Jamie Jones and CamelPhat. The stage will also host a performance from the South Korean multi-hyphenate, DJ, producer and vocalist Park Hye Jin.