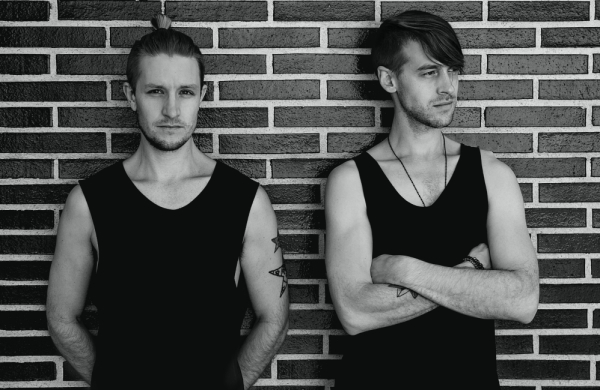 2014 has been a busy year for Dance Spirit both in the studio and on the road. The Southern California hyperspace duo recently wrapped up an extensive Summer tour in Barcelona and Ibiza showcasing their sound while finding inspiration through a different perspective. We recently caught up with them to discuss about their experience and what it has meant for them as an artist to stay inspired and creative as they push forward.


Well the main differences between this year and last year is we transplanted ourselves in the city of Barcelona for five months as opposed to a six week vacation. Living in the city really integrated us into Barcelona’s culture and scene. It was a great experience and gave us a good feel and pace for the city. We were able to experience more of what Barcelona has to offer, and experience more of the people in the scene. We were able to attend more events, more parties, and more after parties. We attended classical music concerts, visited museums, went to the top of Tibidabo, ate at more restaurants, and made invaluable, life long friendships. Being an artist in a city like Barcelona is really conducive to the creative process, and is a completely different environment to create in as opposed to Los Angeles. Just the fact that you can walk out the door and have what ever you need at your doorstep, or the fact that you can take a nice scenic walk to clear your head is an invaluable outlet in-between studio sessions, and lends a lot more clarity and perspective in the creative process.
There must’ve been a good amount of quality artists that you have come across this Summer between Barcelona and Ibiza, could you name a few dj/producers that has personally caught your attention during the 3 month summer tour?
We were introduced to a plethora of new artists and DJs this summer, some personally and some by word of mouth who we later checked out. Our friend Isabella is an incredible DJ with an undeniably impeccable ear for amazing upfront forward thinking music, and she was always turning us on to new artists, most of them releasing on vinyl only labels. One label in particular is called Body Parts Records out of Ukraine. Two artists currently residing in Barcelona we were able to spend some time with and get to know are Moreon & Baffa, two very kind souls making some wikkid dub techno at the moment. They are currently releasing some bits on Visionquest and have a really nice thing going. Moreon is basically an encyclopedia of every vinyl release, ever. It’s awesome.

What was a typical day like living abroad this Summer?  Did you guys get a lot of studio time in? If so, will we be expecting to hear some releases anytime soon and what inspiration did these productions stem from?

A typical day living abroad was full of creativity and simplicity. We were usually up around 11am as the city is slow to rise and late to sleep. We became fairly domesticated and did a lot of cooking at home so we would usually make a breakfast and then hit our make shift studio that we had in the den of the flat we were renting. We would spend most of our days in our studio and continue to work through out the day and into the night and early morning, sometimes until 5am. We basically spent 80% of the time in the studio, and on occasion Audiofly would let us use their studio when they were out of town. All in all we created around 70 sketches and productions.

In July we were able to get a lot of studio time in with both Anthony and Luca on separate occasions. These sessions were invaluable to our creative paths as artists and lent a huge amount of growth and technique in our approach to music as we are constantly trying to improve our style. We collaborated with Anthony on a couple of remixes, one for Maison D’etre and one for Connaisseur Recordings. We also collaborated on 2 originals with Luca, they sound great but at the moment they are homeless. We also did a solo remix for connessure recordings, and one original for that will be coming out on Endless Recordings. Other than that there are probably 10 originals that have great potential, and everything else that we made is worked into the live set, so nothing is every wasted or compromised.

Inspiration is infinite for us.

During your live shows as mentioned before, that one person runs the beats and effects while the other runs synths and effects. Would you say your studio set up and production work flow is similar to what you guys do at live events? or is it more of a full-on collaborative effort on all ends depending on the style and mood you’re going with?

In some regards it’s the same, Chris usually starts the beats up then I’ll come in and start building around it then will pass it back off to Chris again and so forth until we have a really solid chunk of a song going. Chris is generally the arrangement maestro, while I handle effects, mix down, and mastering. But it’s not always the same. It’s good to not get stuck in too much of a routine, and if you notice yourself doing that, it’s time to take a step back, as you’re no longer in a true creative zone, just a routine. By the end of our trip we experienced a bit of a burn out from this, so it’s been nice to have a bit of a break from writing… but now we’re itching to get back in the studio and create. There’s always a collaborative effort, and our best music happens when we both start the track together. Sometimes we both come up with starts of songs on our own, but they never really go anywhere when we try and sit down at them later together, but these bits always end up making their way into the live set in some form or fashion.

You guys are scheduled to play at the upcoming Minimal Effort again with fellow Flying Circus/Supernature friend, Audiofly. The last one you played in March was out of this world; what can we all expect musically from you this time around? And what are you most looking forward to at this year’s Halloween warehouse event?

Well, right now it is hard to tell you what to expect as we have not received our set times yet. We usually program our sets based on our set times like a proper DJ should, and we have so much music we can adapt the set to our time. Of course we will be filling it with most of our European creations as we were hugely influenced by a lot of the music we found and discovered out there. Techno is usually the theme in all of its beautiful colors and forms, and of course we strive for beauty and emotion in our art so we are hoping to capture imagination like we always do. We love a good warehouse party and the vibes they create, and of course Halloween is full of fun and fantasy so it will be a terrific night of letting loose and howling at the moon.

With Timewarp making its ground in to U.S. soil next month and gatherings such as Movement, BPM, and Decibel are gaining strong recognition. Where do you see the direction and future for quality electronic music for North America and more importantly on a global scale? Do you think we are approaching market saturation? If so, would you consider that a good or bad thing?

People are dancing all over the world, and its a beautiful thing. No one can predict the future, so who is to say where all of this will take us and what the next phase in music and culture will be. The more people listening and dancing the better off we will be. The only thing that can stifle and ruin it is the commercialization of what happens in the underground. Over-saturation is another killer. From our point of view, avant-garde arts will never die, they will just go back underground and transform into something else. The other threatening thing from our perspective is the advance of the Hollywood celebrity into the DJ culture. Those of us that are living and suffering and sacrificing for our art, and there are some who just step in to be cool. We have to draw a line in the sand, and the fact that this is happening is absolutely maddening. In many ways, underground is dead, but the ethics and romanticism of true art is something we try to create and keep alive. It is not a means to an end, or a solution to a problem, but a way of expressing our subconscious minds while trying to relate and evoke an emotional response in our listeners in a positive and contemplative manner.