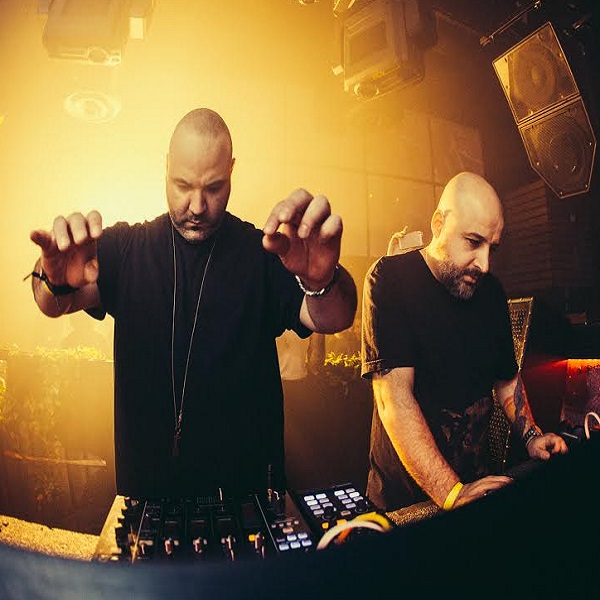 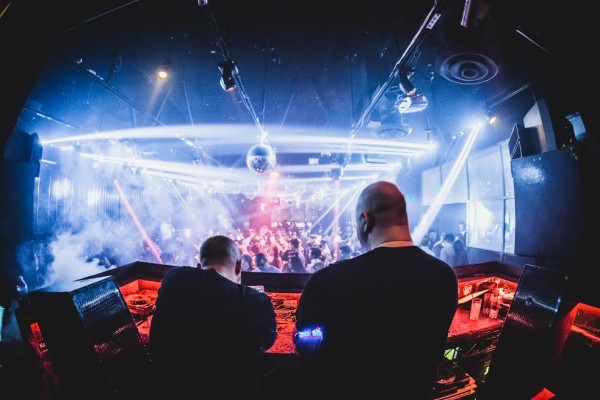 It’s always a treat when Carlo Lio and Nathan Barato make a stop in LA. This past weekend was no exception as these two tech house heavy weights from Toronto brought some serious vibes to Sound Nightclub. From humble beginnings in the Toronto scene at establishments like Comfort Zone, both Carlo Lio and Nathan Barato have transcended into major players on the international circuit.

Right before their set at Sound we had the opportunity to catch up with the guys about their history in Toronto, WMC, and Carlo’s recent trip to Japan. Take a look at the conversation below!

6AM: Guys, welcome to Los Angeles! We’re excited that you both are back in town for the night! Canada is no stranger to proper techno, we can agree on that. Can you guys tell me about your upbringing in the Toronto scene?

Carlo Lio (CL): I used to go there as a partier. I used to go watch him play [points to Nathan] It was every Sunday, every week, sometimes a few times a week! It [Comfort Zone] was home, and we looked forward to every Sunday. A few years later he ended up releasing my first track.

6AM: What was your first track?

CL: Everybody on Rawthentic. That’s how everything became intertwined.

6AM: Can you tell me a little about the history of Rawthentic? What was the vision behind the label? At what point did you realize you had a solid platform to release music?

Nathan Barato (NB): It was after he [points to Carlo] jumped in. It was something I started with my brother. My brother was a supporter and was helping out, and it was something I really wanted to do. I knew a couple guys at Beatport and ended up meeting Carlo, and all his music was so good I asked “wanna do this together?” It was that simple

6AM: How was the first studio you guys worked out of?

CL: If you wanna call it that! It was my family computer in my parents family room. While my Dad was cooking dinner we were making beats.

NB: He’d be killing it in the living room, it was amazing.

CL: It’s crazy how much good stuff came out of this little piece of shit haha

NB: They were computer speakers, I remember them! They were bass-y though!

CL: We weren’t even using monitors. I was obsessed with them. I would use them as a point of reference even after we got real monitors.

6AM: I might be biased, but I think we need a Roachez reunion soon!

NB: We should do it!

CL: It’s definitely in the plans, we just haven’t gotten around to it.

6AM: Do you guys attend WMC every year?

6AM: What’s in the pipeline this year?

CL: I’m playing Anthony Attala’s Incorrect party, which we both are actually!
I’m doing the Sci-tec party with Dubfire, and Paco Osunas party at Trade. Maybe another couple will pop up. I don’t know yet.

6AM: When you guys are in LA how often do you stay?

CL: For me, majority just in and out. I’m not here often.

6AM: When you guys are here what are some things you like to do?

NB: I stay with a few buddies and it was kinda like vacation. We walked the strip. We did some shoe shopping haha

6AM: Excellent! Carlo, can you tell us about your past experience in Japan at Womb?

CL: Womb is amazing! If I could compare it to another club I would say it’s like Stereo Montreal. It has that feel; a high ceiling, a very dark room, the people are amazing to play for! They’re so into the music and the sound is great. It was a 10. It was perfect! The people at WOMB to work with are the most accommodating and hospitable people, they just want you to have the best time, and I did just that.

6AM: Have you played anywhere else in Japan?

CL: No, Japan has just been Womb. The last time I did an Asia tour was 2011. We did Kyoto, China (Shanghai), It’s been awhile I don’t go too often.

6AM: It seems like Womb, and many clubs around the world really pride themselves on the residents. Even like you guys back at Comfort Zone!

NB: I heard a lot of really good DJ’s the night I played. I went early and was impressed at a lot of the DJ’s playing.

CL: It’s good because a lot of clubs don’t do that too much. You have a guy who knows the ins and outs of the night. It’s smart.

6AM: It’s great, the resident(s) really know how to set the vibe and make the nights memorable.

6AM: Any upcoming releases to look forward to from you guys?

NB: I have a bunch of remixes coming up. One specifically, a remix for two of our best friends, The Junkies. I don’t know the exact release date, but I think it’s going to be late April.

NB: Transmit, Boris’ label. Finished it just a couple days ago! Excited about that, and actually have an EP on the label from the guys at Womb, Session Tracks.

CL: I have the remix for Green Velvet that I did with Pleasurekraft, an EP for Davide Squillace’s label “This and that”…no release date on that yet. It’s done and signed, now we wait.

6AM: Sounds great guys, thank you both for your time!

After this conversation we all made our way to the main room to see LA-based duo, Raiz, finish their set with some dark rhythms. It was a nice contrast to the deeper hypnotic techno they started their set with, but the gloves were off when Carlo Lio and Nathan Barato stepped into the control booth. Their track selection couldn’t have been more appropriate, serving up vicious grooves that had the dance floor moving in every direction. Their long history together was clearly evident in this set, as they seemed to feel right at home throughout their back-to-back set.