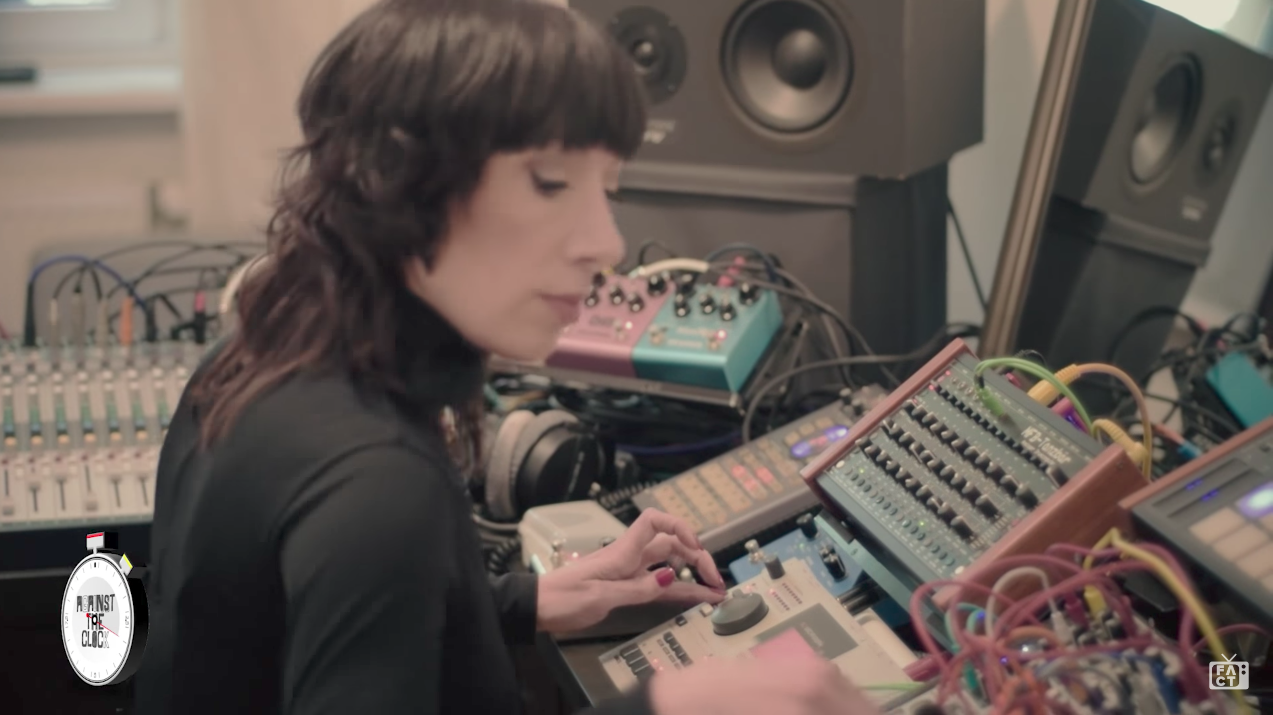 Needle dropper, button pusher, knob twiddler and one of the underground dance music scene’s undoubted best, Lady Starlight continues to shine with her live sets and hard-hitting brand of techno.

I had the pleasure of seeing her live twice this past year, the first at Dockyard Festival during ADE last October and the second again in Amsterdam at De School this past April when she played right before Italian techno mastermind and Stroboscopic Artefacts boss Lucy. Both performances were top-notch, showcasing the type of live techno talent I constantly crave for.

Colleen Martin used to be Lady Gaga’s tour DJ, which partly explains her adopted artist name. Her rise in the techno scene was a surprise for some, especially considering the no-holds-barred sound she loves playing both live and as a DJ. Yet her talent did all the talking, gaining her recognition and respect among techno fans and peers alike, ultimately leading to a career that has seen her perform in some of the most revered techno institutions and festivals of the world, as well as often performing live with Surgeon, one of techno’s most important figures.

And yet, despite all the highly deserved praise, Lady Starlight is not immune to the idiotic and ridiculous sexism that is still so pervasive in the electronic music scene and techno. Three days ago, on June 7th, FACT Magazine posted a video on their YouTube channel showcasing Lady Starlight and her brand of live techno in the space of 10 concise minutes. Unsurprisingly, and it’s sad I have to say that, the comment section was immediately riddled with sexist comments.

One in particular raised more eyebrows than others however, as it came from techno producer and DJ Conforce, leading some industry peers to voice their stance against the sexism on Twitter.

Disgusting!! Hope that if anyone considering booking him, will read this and cancel!

Keep doing you Lady Starlight, at 6AM we are huge fans of what you’re doing and look forward to having you in our home of Los Angeles at some point in the very near future!