“Come On, Helmets? They Need To Grow Up”: Trump’s Press Secretary Tweeted About Daft Punk 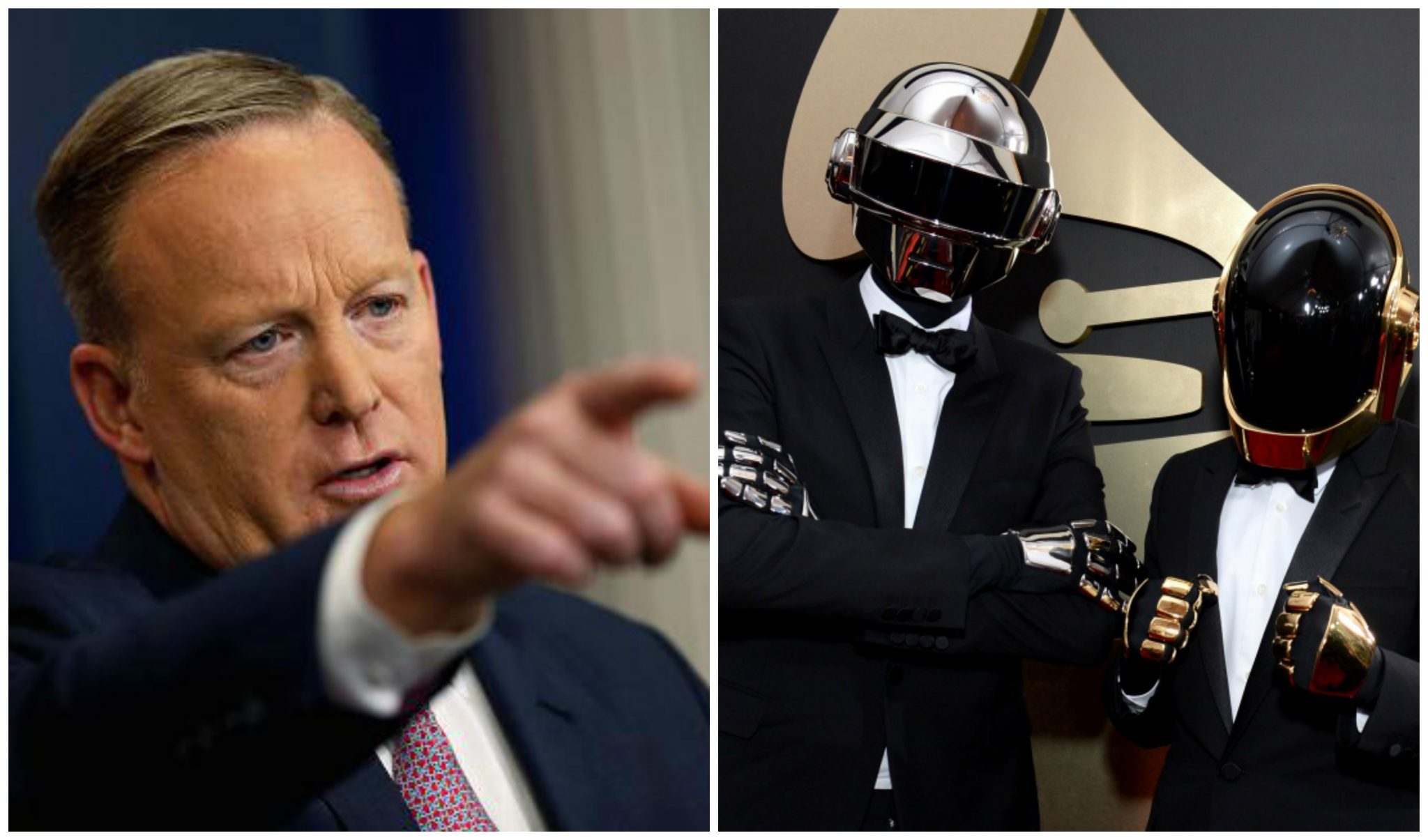 “Come On, Helmets? They Need To Grow Up”: Trump’s Press Secretary Tweeted About Daft Punk

It’s been an interesting week in politics, there’s no denying that. Not even a week has passed since Donald Trump took control of the United States executive branch and the media is having a field day.

Despite winning the electoral college vote and thus the presidency, Trump seems to be putting his personal ego on the line once again. To begin, he ordered his White House Press Secretary Sean Spicer to turn his first official press conference into a targeted attach on the media for reporting of a sparse crowd during Trump’s inauguration last Friday. That is to say that Spicer’s first ever press conference as Trump’s White House Press Secretary, and thus Trump’s first order of business for him, was to address the attendance numbers (or lack thereof) during the inauguration, something he did by blatantly lying when he referred to the gathering as “the largest audience ever to witness an inauguration, period”, a statement that has been proven to be categorically false.

Spicer didn’t stop there. He took to the press conference lantern again this week to deliver another strange address, this time affirming that President Trump is a firm believer that he lost the popular vote in the election due to a rigged system that allowed millions of undocumented immigrants to vote for his rival, Hillary Clinton. Spicer confirmed that this is Trump’s belief, stating that it “has been a longstanding belief he has maintained. A concern that he has about voter fraud that’s based on information that’s been provided.” When asked about what that information is, Spicer declined to comment. After all how could he, when there’s absolutely no proof of such a thing?

Spicer’s string of interesting unpopular public opinion doesn’t stop there, and goes on to touch the world of dance music. In 2014 he took to Twitter to attack Daft Punk during their Grammy performance with Stevie Wonder: “Daft Funk — this is your 10 seconds in the spotlight – u r blowing it”.

Despite claiming to be an early fan, Spicer apparently forgot that Daft Punk have been considered standout music producers for decades,with six Grammy wins throughout their career. He then went on to say they should “grow up” for wearing helmets during the performance, as you can see from the tweets below:

@DanDoranBlum was an early and still fan but come on helmets? tey need to grow up — Sean Spicer (@seanspicer) January 27, 2014